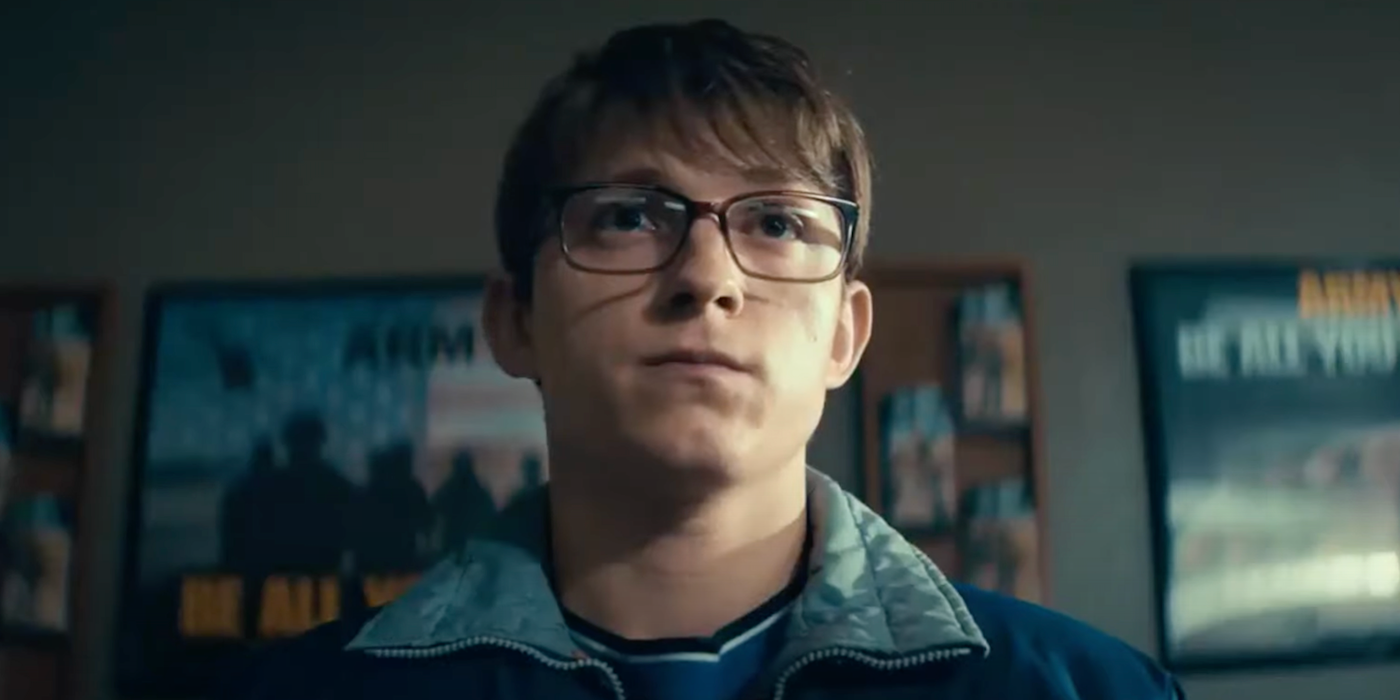 Holland transforms into the titular Cherry for his first non-MCU collaboration with the directors.

This week, directors Joe and Anthony Russo unveiled the first teaser trailer for Cherry. Tom Holland stars in the genre-bending new movie based on Nico Walker‘s novel of the same name. The title Cherry comes from the name of the movie’s protagonist (played by Holland), an army medic who suffers from PTSD following his experiences in the Middle East and comes home only to sink into a dangerous cycle of drug addiction and crime to feed that addiction. Cherry is the big follow-up to Avengers: Endgame for both the Russo brothers, as well as the first time the director duo and the actor have worked together on a non-MCU movie.

The first look at Cherry was unveiled on Friday by the Russo brothers. The team opted to share a teaser trailer clip on Twitter. The clip isn’t long, but it does give us a solid introduction to Cherry (Holland). Over the course of the scene, we watch as Cherry heads to his local army recruitment office and explain why he wants to enlist. He’s a quiet kid, fresh out of high school, and eager to do something with his life — qualities that his recruitment office seizes on immediately.

There’s no word yet on when fans can expect an official trailer for Cherry to be released. However, the buzz around Cherry is already going strong, for better and for worse. On the better side of things, a slew of new images for Cherry were released in December 2020, previewing Holland’s transformation into Cherry and multiple versions of the character as the movie twists and bends itself into different genres at that. On the worse side of things, late December saw the slightly chaotic release of multiple Cherry posters which immediately sparked strong reactions on Twitter.

Cherry arrives in theaters on February 26 and debuts globally on Apple TV+ on March 12. Check out the first look at Tom Holland in the new Russo brothers movie below. For more, watch Collider’s CCXP panel chat with the Russos, where they discuss Cherry, Extraction, and more. Plus, check out our calendar for all the new movies coming to theaters in 2021.

Can Chicken Curry Give You Bird Flu? No, Says Expert