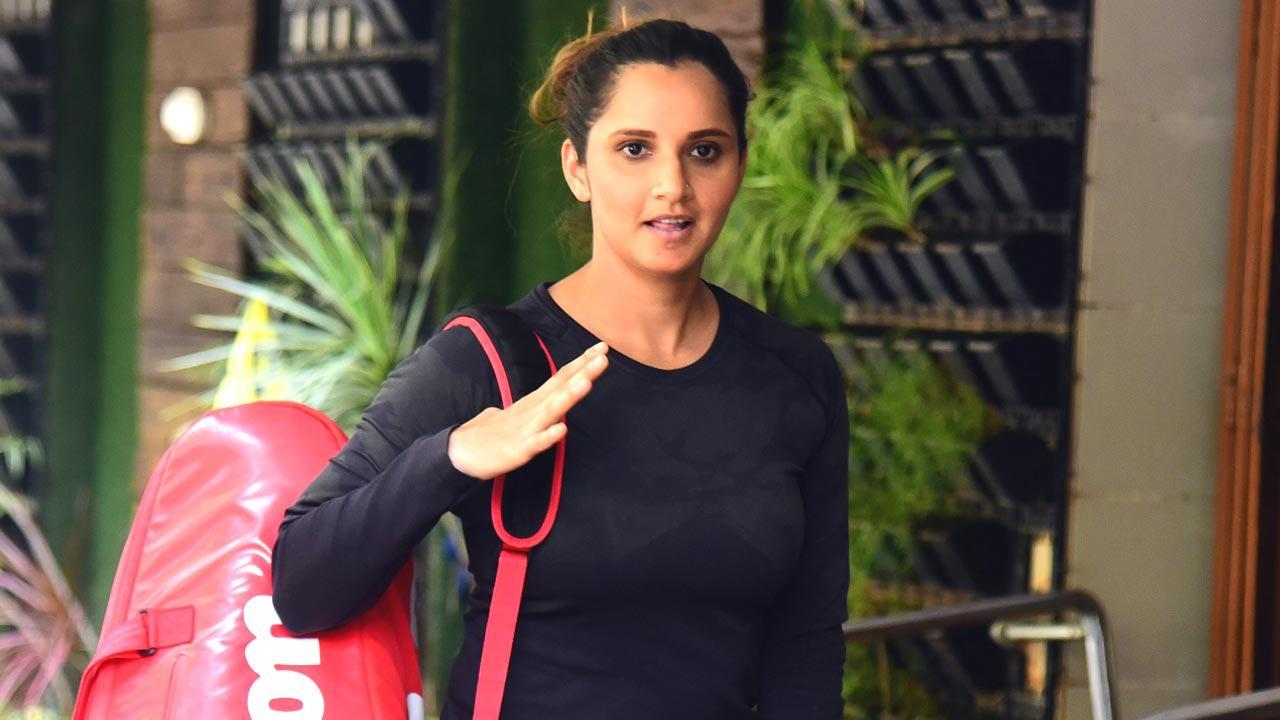 Sania Mirza`s cabinet of trophies is very glittering. As a doubles specialist, Sania has won the women`s doubles title in Wimbledon and US Open in 2015 followed by the Australian Open in 2016. In mixed doubles, her record is equally good. 2009 Wimbledon, 2012 French Open and 2014 US Open. Add to it consecutive WTA Finals in 2014 and 2015.

Sania almost had the medal in the 2016 Rio Olympics. She was only a few points away from being assured of a medal. But she and Rohan Bopanna lost the mixed doubles semifinals 6-2, 2-6, 3-10 to the American pair of Venus Williams and Rajeev Ram. In the bronze-medal match, Sania and Bopanna went down 1-6, 5-7 to Radek Stepanek and Lucie Hradecka of the Czech Republic. So close, yet so far from it.

The journey from Rio to Tokyo has been roller-coaster for Sania. A knee injury in 2017 extended into a maternity break. In late 2018, Sania announced her intention to make a comeback into the professional circuit. She returned on the tour at Hobart International in January 2020. Alongside Nadiia Kichenok, Sania won her first tournament on return, beating second seeds Peng Shuai/Zhang Shuai in the final. She had to withdraw in the first round of the Australian Open due to a calf injury.

In the run-up to the Olympics, Sania took part in six tournaments. In between, lockdown caused by the pandemic forced her to bide time. Her best performance in 2021 came in a semifinal finish at WTA Total Qatar Open in March, two months after recovering from COVID-19. Recently, Sania played in the Viking International and Wimbledon, losing in the round of 16 and 32, respectively.

With her protected ranking of nine, Sania had gained direct entry into the women`s doubles event at the Tokyo Olympics.

‘F*** them!’ Denmark cyclist SCREAMS at…

In Tokyo, she will be partnering Ankita Raina, who has been soaring high in doubles this year.

Breaking into the top-100 rankings, grand slam debuts and a WTA singles title, Ankita is the highest-ranked partner Sania has ever had in women`s doubles at the Olympics. Ankita and Sania have played together in Fed Cup twice, ending on the winning side.

With Ankita as her partner, Sania can expect to complete an unfinished business: adding an Olympics medal to her trophy cabinet.

Also Read: Prithvi Shaw on Shikhar Dhawan: Opening together has made our bond stronger

Denial of responsibility! My droll is an automatic aggregator of the all world’s media. In each content, the hyperlink to the primary source is specified. All trademarks belong to their rightful owners, all materials to their authors. If you are the owner of the content and do not want us to publish your materials, please contact us by email – admin@mydroll.com. The content will be deleted within 24 hours.
French OpenSania Mirzamsports newsTokyo OlympicsTokyo Olympics 2020Tokyo Olympics GamesUS Openwimbledon
0
Share

Include These Iron Rich Foods in Your Diet To Boost Immunity

‘F*** them!’ Denmark cyclist SCREAMS at GB’s Charlie Tenfield after…

Cheteshwar Pujara’s method works for him, for India: Sunil Gavaskar