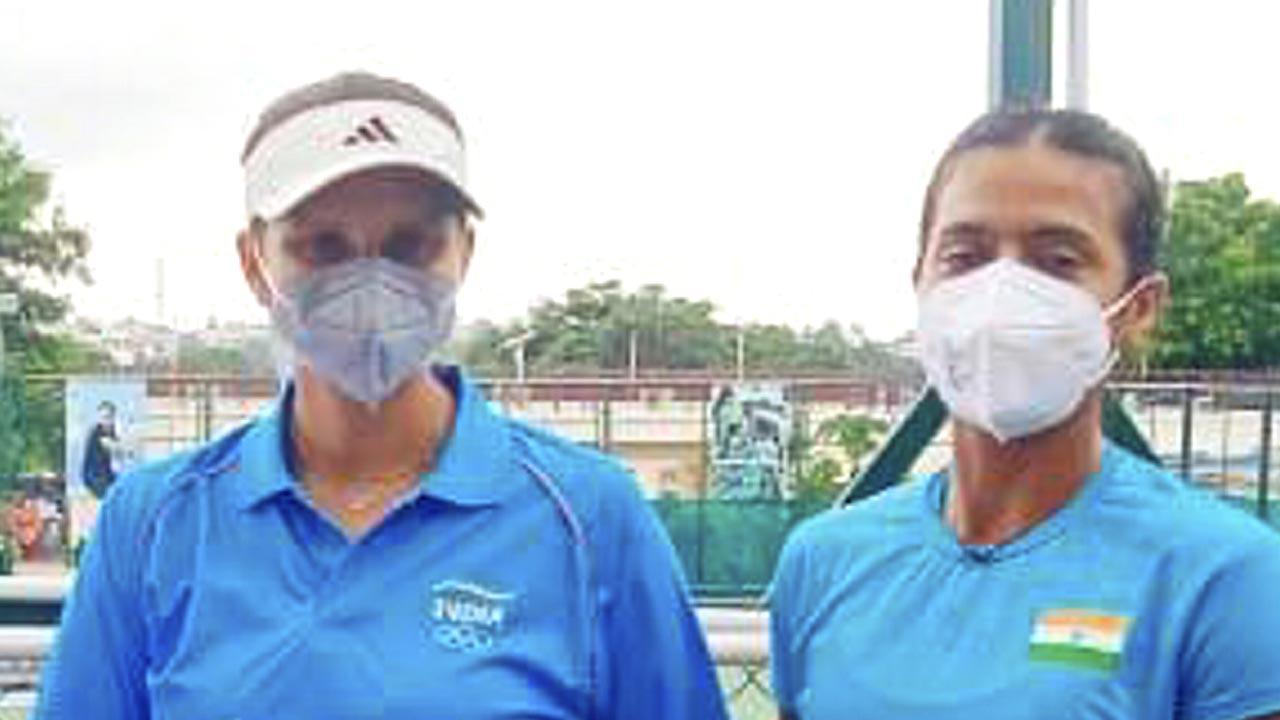 Pre-Olympic talk about tennis in India has always been about controversies. Before the 2012 London edition, there had been a row over player combination in mens doubles and mixed doubles, with Leander Paes, Mahesh Bhupathi, Rohan Bopanna and Sania Mirza in the mix. Both Bhupathi and Paes wanted to combine with Bopanna but eventually, the former succeeded. Paes had to play with Vishnu Vardhan. Both pairs lost in the round of 16. Paes partnered Sania in the mixed doubles as part of the overall solution.

The pair lost in the quarterfinals. For the 2016 Olympics, Bopanna, who got a direct entry based on his ranking, wanted to partner Saketh Myneni in men`s doubles instead of Paes but the All India Tennis Association (AITA) prevailed over them and got the two seniors to form a team. They lost in the first round. Sania and Bopanna lost in the bronze-medal playoff in mixed doubles, missing a medal by a whisker. With just three days to go for the start of the Tokyo Olympics, verbal volleys are flying thick and fast over a reported move by the All India Tennis Association (AITA) to get Bopanna involved in doubles with Sumit Nagal, who made the cut late because of large scale withdrawals.

The AITA then attempted to change the original doubles combination of Bopanna and Divij Sharan, who were named fifth alternates (standbys) because their combined ranking was not sufficient to get a direct entry, and tried to push in Nagal as replacement for Sharan. The move was rebuffed by the International Tennis Federation (ITF). Bopanna accused AITA of misleading the players and the nation over the possibility of him pairing with Nagal. Sania supported him, claiming an opportunity was lost as she could have paired with Bopanna. To cut the long story short, they are still squabbling over the interpretation of ITF rules.

The bottom line is that at Tokyo Olympics, India will participate only in men`s singles and women`s doubles. Nagal, the 2015 Wimbledon boys` doubles winner, will be taking court in singles while Sania, who had a protected ranking following her lengthy break for child birth, will partner Ankita Raina in women`s doubles. Nagal, who came into the limelight when he took a set off Roger Federer in the 2019 US Open first-round encounter, has done well in the last couple of years. He won his first first Grand Slam main draw match at the US Open in 2020. His ranking has been going up and down as he struggles on the circuit, hoping to break into the top 100. Sania and Ankita have played as a team only once, in the Billie Jean King Cup, and have not played together on the circuit.

Sania is India`s best female tennis player by a long distance having won three grand slam titles each in women`s doubles and mixed doubles. In the recently concluded Wimbledon championships, the 34-year-old from Hyderabad reached the second round in women`s doubles partnering Bethanie Mattek-Sands of the United States, and third round in mixed doubles partnering Bopanna. Sania has a protected ranking of nine, while Ankita is 95th in the world. They have had a camp at the Sania Mirza Tennis Foundation in Hyderabad before the team left for Tokyo. The Sania-Ankita pair is India`s best bet in Tokyo. Time will tell whether they are able to convert expectations into a medal. Nagal, who once took a set off Roger Federer at the US Open, will be taking field in the opening round on July 24.

Denial of responsibility! My droll is an automatic aggregator of the all world’s media. In each content, the hyperlink to the primary source is specified. All trademarks belong to their rightful owners, all materials to their authors. If you are the owner of the content and do not want us to publish your materials, please contact us by email – admin@mydroll.com. The content will be deleted within 24 hours.
ankita rainaRohan Bopannasania mirzasports newssumit nagalTennis NewsToky Olympic Gamestokyo 2020
0
Share

Travel news: Italian village will pay Britons £24,000 to relocate – how to get | Travel News | Travel