To persuade political rivals, it helps to believe in the value of empathizing with them, study finds 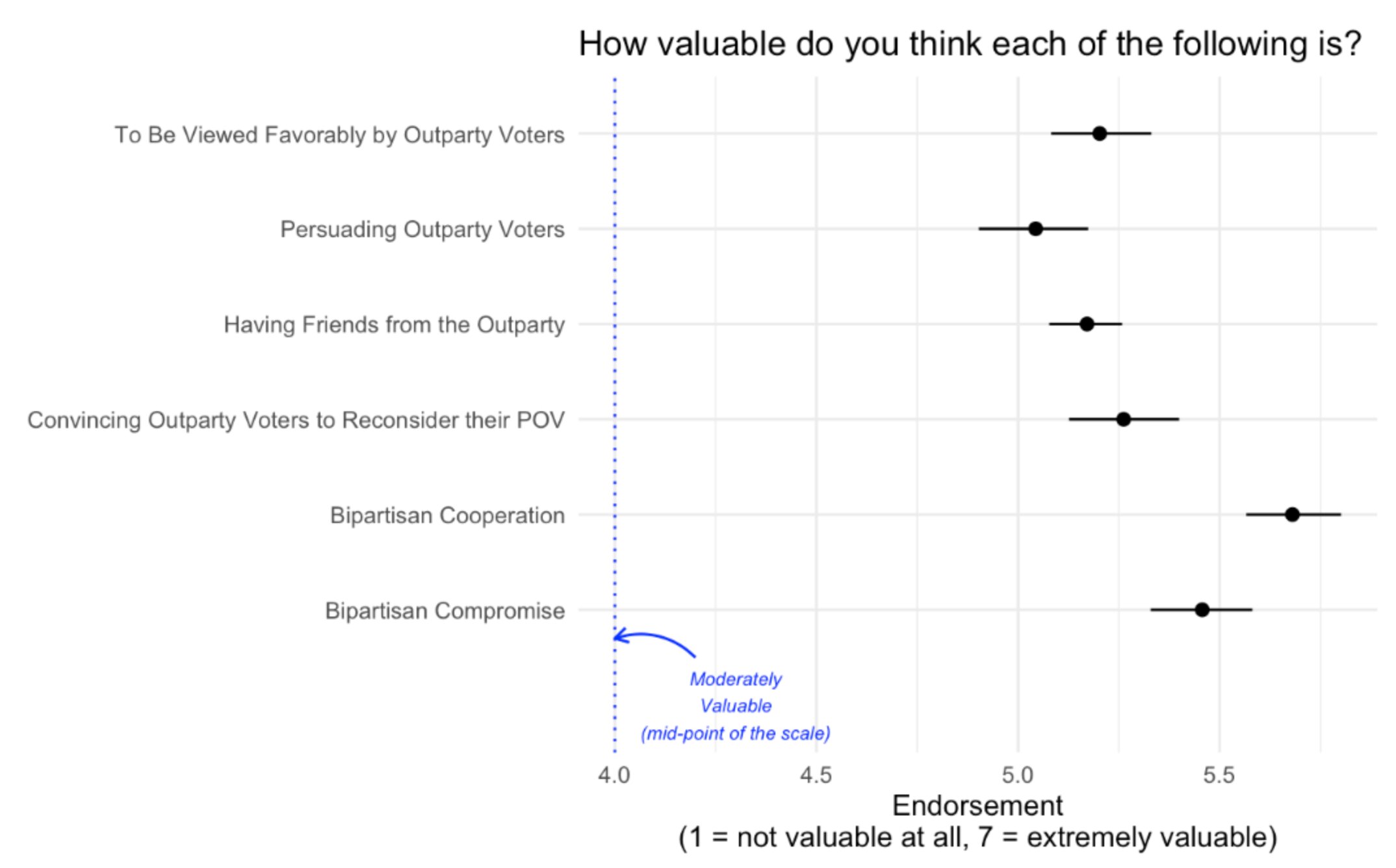 Empathizing with your political opponents increases your chances of changing their minds.

That was the gist of an argument researchers at Stanford’s School of Humanities and Sciences presented to some Republican and Democratic participants of a new study. The argument appeared to get through to them.

These participants succeeded in making more persuasive appeals to members of the other party—and reported feeling more inclined to seek common ground with them—than participants prompted with the opposite argument.

“Believing in the usefulness of cross-partisan empathy was sort of a self-fulfilling prophecy,” said Luiza Santos, a graduate student in psychology and lead author of the study, which will be published Aug. 30 in Psychological Science.

In this era of strident polarization—and just in time for the midterm elections—the new study proposes a straightforward approach for building political consensus and reducing partisan animosity, which studies have shown can hinder the government’s ability to respond to pressing issues, such as the COVID-19 pandemic.

“Many people have extreme perceptions of what the other side believes, so it’s really about unfreezing those views and getting people to open up to the other side,” Santos said. “Especially nowadays, this a really important thing to do because in many ways we don’t have a shared reality anymore.”

The irony is that most people report wanting less political division. In 2020, the authors of the Stanford study surveyed 523 Americans—52% Democrats, 48% Republicans—and found that more than 85% of them viewed cross-party relations, such as having members of the other party as friends, building consensus, and supporting bipartisan cooperation, as valuable.

So what gives? Santos thinks the discrepancy reflects what people believe in the abstract versus concrete steps they would actually consider taking to bridge the divide. “It’s one thing to think it’s worthwhile to cooperate with members of the other party, and it’s another thing to want to have them over to your house for Thanksgiving dinner,” she said.

In any case, she and her co-authors found that informing people that cross-party empathy was an asset, as opposed to a liability, changed the equation.

They gave 1,551 participants, split about evenly between Democrats and Republicans, written arguments asserting either that cross-partisan empathy generally increases a person’s persuasiveness (the “high-utility condition”) or the opposite (the “low-utility condition”)—or, for members of the control group, neither argument.

Using a specially designed test, the researchers confirmed that the arguments had successfully influenced the participants beliefs about cross-partisan empathy. In addition, high-utility participants reported an increased desire for bipartisan cooperation and less partisan animosity compared with low-utility participants.

The arguments had been found to influence people’s thoughts, but would they actually change people’s behavior? To answer this question, the researchers tested whether believing in the power of cross-partisan empathy could make people more persuasive on behalf of their political views.

In a sample of 2,098 participants, with even numbers of Democrats and Republicans, half were randomly prompted with the high-utility condition text or the low-utility condition. Then, they wrote a two- to three-paragraph message to try to convince members of the other party to change their views on gun laws. (Participants were only chosen for the study if they endorsed views on gun laws congruent with the typical sentiment of their parties.)

“It turns out that empathy can be shockingly powerful at helping us connect across differences,” said Jamil Zaki, associate professor of psychology and senior author of the study, “especially when people know it can.”

Citation:
To persuade political rivals, it helps to believe in the value of empathizing with them, study finds (2022, August 31)
retrieved 31 August 2022
from https://phys.org/news/2022-08-political-rivals-empathizing.html

Four Big Changes In The Last Of Us Part I

For Some Patients, Long Covid Symptoms Mask Something Else