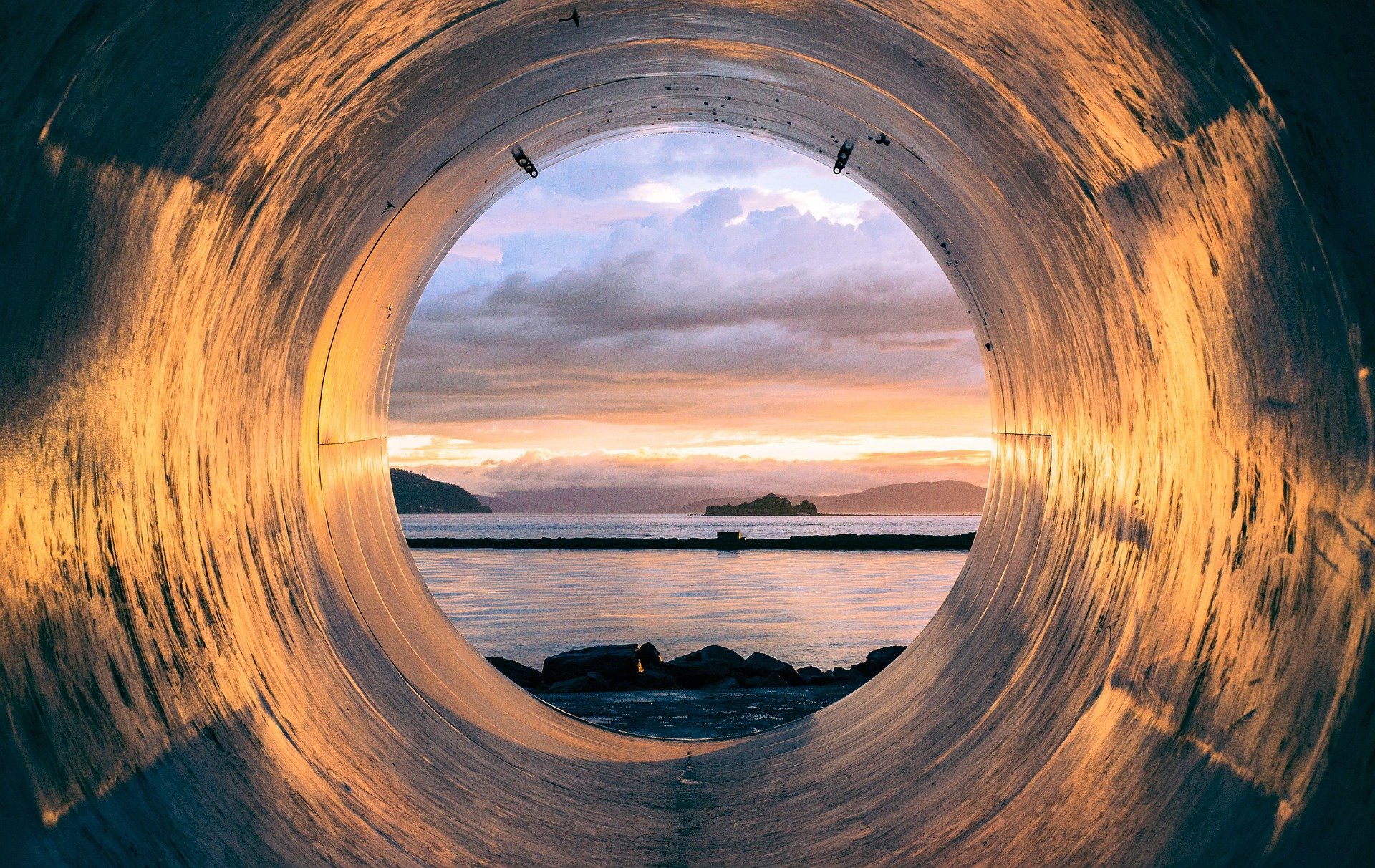 Adam Wraight pulled a blue sewage “warning” sign out of the sand near Imperial Beach Pier on Thursday morning, replacing it with the more ominous yellow and red placard telling beachgoers that waters were officially closed.

Shorelines from the border up through Coronado were closed to swimming Thursday as the result of a pipeline that ruptured in Tijuana near Smuggler’s Gulch over the weekend. Sewage has been spilling over the border into the river’s estuary for days, but it’s just now making its way to the ocean and floating up the coast on surging northward currents.

The situation will likely persist into next week, when public utility workers in Baja California are expected to complete repairs, according to federal officials in San Diego.

“That pipeline handles 80 percent of the wastewater generated in Tijuana. It’s huge,” said Morgan Rogers, area operations manager at the San Diego field office of the U.S. Section of the International Boundary and Water Commission.

More than 135 million gallons of treated and raw wastewater have spilled over the border since Saturday, with roughly 25 million to 30 million gallons more coming every day. Most of that has flowed through the Tijuana River, after the pipeline break forced officials to shut down a diversion system that pumps water out of the main concrete channel.

Another roughly 10 million gallons a day of raw sewage are being rerouted to the South Bay International Wastewater Treatment Plant along the border in San Diego. The situation is putting some strain on the plant, which is now processing more than the 25 million gallons a day that it was designed for, Rogers said.

“I think we could probably sustain 35 million gallons a day for a few weeks until the repairs are done,” he said. “We’ll probably have some cleanup in the plant to do, but no real damage.

Summertime beach closures in the South Bay have become more prevalent since county public health officials rolled out a new DNA-based test for ocean water quality in May. Beaches saw a wave of closures earlier this summer when conditions were far less severe than under the current sewage spill.

Leaders in Coronado and Imperial Beach have questioned whether the new testing is too sensitive. The county has, so far, not publicly embraced the idea of overhauling its new approach, which replaced the traditional culture method in which scientists look for bacteria growth in water samples.

The presence of bacteria is considered an indicator for pathogens, such as E. coli, Vibrio and salmonella. Exposure can result in diarrhea, fever, respiratory disease, meningitis and even paralysis.

The county started posting blue warning signs that give beachgoers discretion over whether to get in the water when bacteria levels are elevated but the presence of sewage hasn’t been confirmed.

While many residents and tourists have ignored the new blue signs, surf camps, junior lifeguard programs and several events have been closed as a result.

Still, even the yellow and red placards that went up across the South Bay this week aren’t enough to keep everyone out of the water.

The risk of illness didn’t deter Armie Ferrer, who was surfing at Imperial Beach Pier with her husband on Thursday. The 45-year-old Chula Vista resident said she relies more on her nose than any signage.

“It’s always been dirty because of the TJ sewage,” she said. “There are certain times when it’s really polluted. We base it on the water color and sometimes it has a really strong smell. Sometimes when the wave breaks, you’ll see the brownish bubbles.”

It can be hard to determine just how polluted the water is in Imperial Beach and Coronado because sewage often floats up along the coastline from a crumbling wastewater plant about 6 miles south of the border. Officials estimate the plant is spewing 25 million to 35 million gallons of mostly raw sewage into the ocean every day.

The U.S. Environmental Protection Agency has a $630 million plan to address the pollution coming from the plant and through the Tijuana River. Officials have said projects could break ground in the next three to five years.

“People are really traumatized and they’re losing hope,” he said. “We need to make some improvements here and show people that we’re actually trying.”

‘Gigapocalypse’, ‘Ki11er Clutter’, ‘Roll The Cat’, Plus Today’s Other Releases and Sales – TouchArcade

Government has a warning for these Apple Mac users