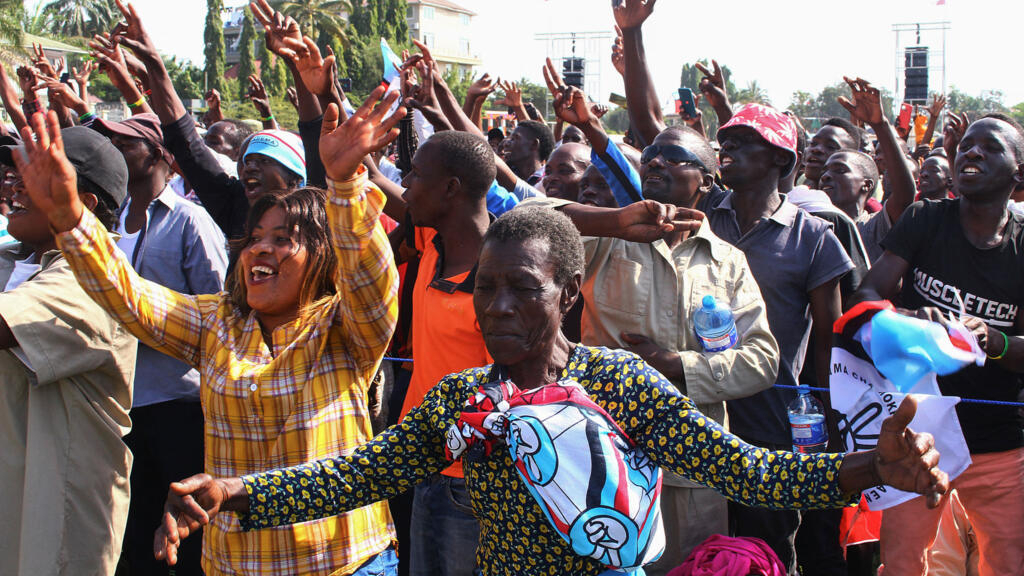 Tanzania’s main opposition party held Saturday its first mass rally since the lifting of a ban imposed in 2016, raising hopes the government is committed to increased political freedom in the East African nation.

“It was not easy after those seven years of banning political meetings,” the director for communications and foreign affairs for the Chadema party, Jon Mrema, told cheering supporters.

Thousands of Chadema supporters gathered at the Furahisha grounds in the lakeside city of Mwanza, draped in the party’s blue, red and white colours.

“We have been silent for almost seven years but finally, our right is restored and we are ready to move ahead,” Mwanza resident and party supporter Mary Dismas said.

President Samia Suluhu Hassan this month lifted the ban introduced by her hard-line predecessor John Magufuli, who was nicknamed “Bulldozer” for his uncompromising leadership style.

The government’s change of heart comes as Hassan, in power for 22 months, seeks to break with some of Magufuli’s policies.

The move was cautiously welcomed as a gain for democracy by rights groups and the country’s opposition parties.

Magufuli had banned political rallies early in his tenure, saying it was time for work, not politics.

But critics said the ban applied only to opposition groups, with the ruling party free to assemble, and rival gatherings were violently broken up by police and their officials jailed.

There was early optimism when Hassan, the first woman elected as the country’s president, reached out to rivals, reopened banned media outlets and reversed some of Magufuli’s most controversial policies.

But her presidency fell under a shadow when Chadema chairman Freeman Mbowe, along with a number of other senior party officials, were arrested in July 2021 just hours before they were to hold a public forum urging constitutional reforms.

Mbowe, who spent seven months in prison on terrorism charges, is attending the Saturday rally, organised in the port city where they were arrested.

“We are now going to strongly campaign for a new constitution and an independent electoral commission,” Dismas told AFP.

Chadema officials said a series of grassroots rallies had been lined up.

“We will organise as many rallies as possible to reach all wards and villages in the country,” said Sharifa Suleiman, acting chairperson of the Chadema women’s wing.

“This is our time to build the grounds for 2025 elections,” she said.

Another official, Hashim Juma Issa, said the party was “opening up a new page” as it celebrated its 30th anniversary.

Jeremy Renner Reveals He Broke Over 30 Bones In Recovery Update