This is the Meta Quest Pro high-end virtual reality headset 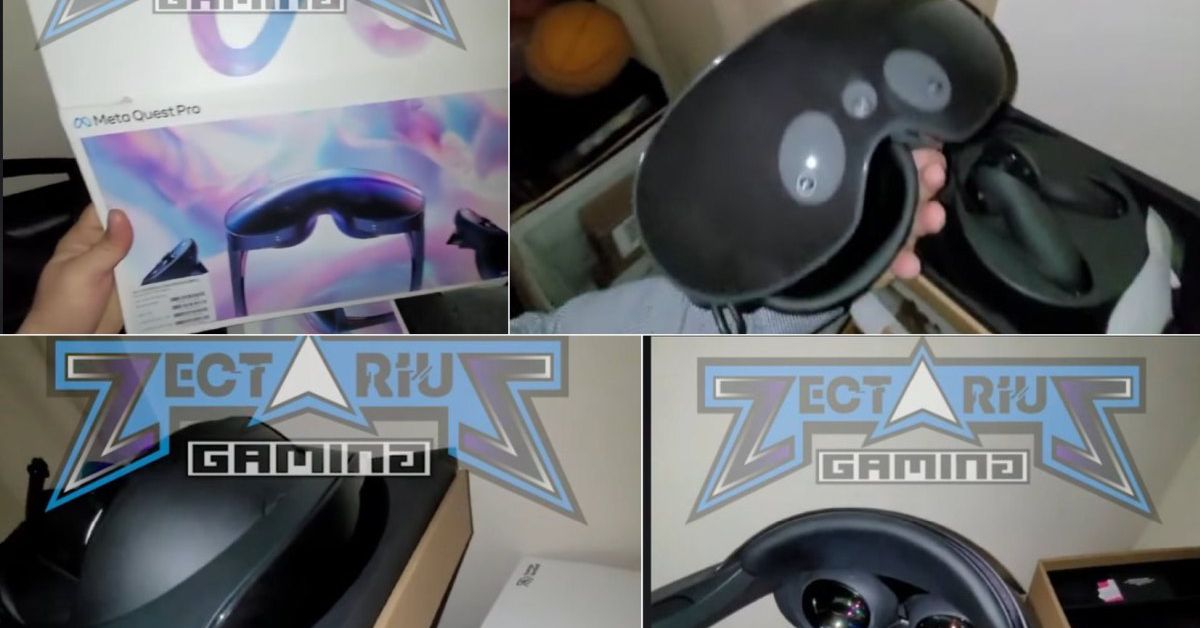 Images and, later, a video of a “Meta Quest Pro” virtual reality (VR) headset surfaced online, posted on Facebook by Ramiro Cardenas, who claims the device was left in a hotel room (Thanks, Peter! via Reddit). The device shown resembles the Project Cambria headset Meta has been publicly teasing since late last year and looks like the one spotted in leaked setup videos.

The video shows Cardenas removing the device from its packaging, revealing a black headset and controller with what looks like an updated design. While the headset has three cameras on its front, the controllers feature a design that drops the hollowed-out loop design that houses the sensors for something more solid.

The packaging has the “Meta Quest Pro” label stamped in the top-left corner and a graphic showing the VR headset and controllers. Cardenas also provided a closeup of the label stuck to the box, which says “Not for resale – engineering sample,” and told The Verge that the person who stayed in the room has since claimed the headsets.

The images and video surfaced exactly one month ahead of Meta’s Connect event on October 11th, which lines up with the timeline CEO Mark Zuckerberg confirmed for when the company will reveal its next VR headset. We expect to find out all about Project Cambria / the “Quest Pro” and its other plans for the metaverse, AR, and VR.

Cardenas originally shared the images in the comment section of a post on the Oculus Quest 2 Facebook group and said multiple devices were left behind. It’s a remarkable story, but one not without (convenient) precedent, including the iPhone 4 prototype left in a bar in 2010 as the most famous occurrence, while more recently, the still-unreleased Pixel 7 was sold on eBay, and a Pixel Watch prototype was also, apparently, lost in a restaurant.

In July, Bloomberg reported developer Steve Moser found references to the “Oculus Pro” in Meta’s code, so it’s possible that this is the name Meta has settled on for the upcoming device. Meta didn’t immediately respond to The Verge’s request for comment.