This is the first image of our galaxy’s black hole 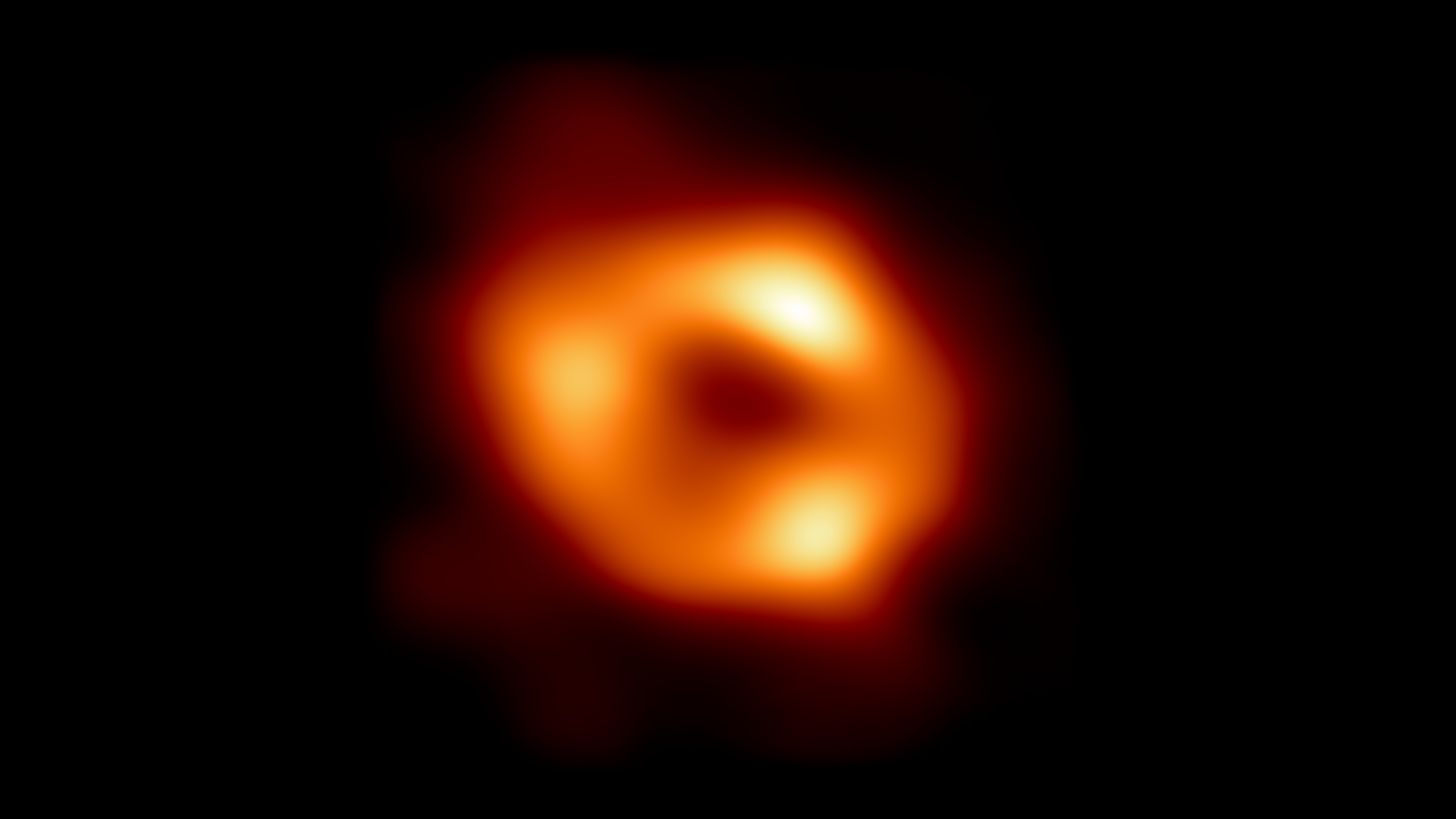 Astronomers have unveiled the first image of the Milky Way’s black hole. The existence of a supermassive black hole at the center of our galaxy has been a possibility for many years. However, now, an image captured by the Event Horizon Telescope provides irrefutable evidence that it is indeed a black hole.

The image is part of a long-anticipated observation of the massive celestial object that rests at the center of our galaxy. Previously, scientists have observed stars orbiting around something compact, yet massive at the center of the Milky Way. Now, we finally have a better look at what that object is.

It is worth noting that the first image of the Milky Way’s black hole does not show the black hole itself. The actual center is completely dark. However, you can see glowing gas around the central region, which is called a “shadow”. The astronomers say that the image perfectly captures the look of light bent by the powerful gravity that the black hole emits.

The black hole itself is four million times more massive than our Sun. Since it’s at the center of the Milky Way, it lies roughly 27,000 light-years away from Earth. At that distance, the scientists say it would almost appear to be about the same size in the sky as a donut on the Moon.

Capturing the first image of the Milky Way’s black hole was only possible thanks to the Event Horizon Telescope (EHT). Scientists designed the massive EHT by linking eight existing radio observatories across the planet. This allowed them to create a single “Earth-sized” virtual telescope.

Astronomers used the EHT to take the first image of a black hole, which is called M87* in 2019. That black hole is located in the far-flung Messier 87 galaxy. This time, though, they wanted to focus on a black hole much closer to home.

To capture the first image of the Milky Way’s black hole, astronomers observed Sgr A* across multiple nights. They collected data for many hours in a row, using a method similar to a camera’s long exposure time. This allowed them to compile enough data to create the image that they released earlier today.

It’s a striking discovery and one that was hard-won, according to statements released by the EHT team. The team says that the gasses around Sgr A* move much faster than around M87*. As such, capturing the first image of the Milky Way’s black hole took work to bring the image into focus. They even compared capturing the image to trying to photograph a puppy quickly chasing its tail.

With images of two distinctively different-sized black holes, astronomers hope they can learn more about black holes in general. “Now we can study the differences between these two supermassive black holes to gain valuable new clues about how this important process works,” EHT scientist Keiichi Asada said in the release.

“We have images for two black holes — one at the large end and one at the small end of supermassive black holes in the Universe — so we can go a lot further in testing how gravity behaves in these extreme environments than ever before.”

How does Google’s Pixel 6a compare to the iPhone SE and iPhone 11?