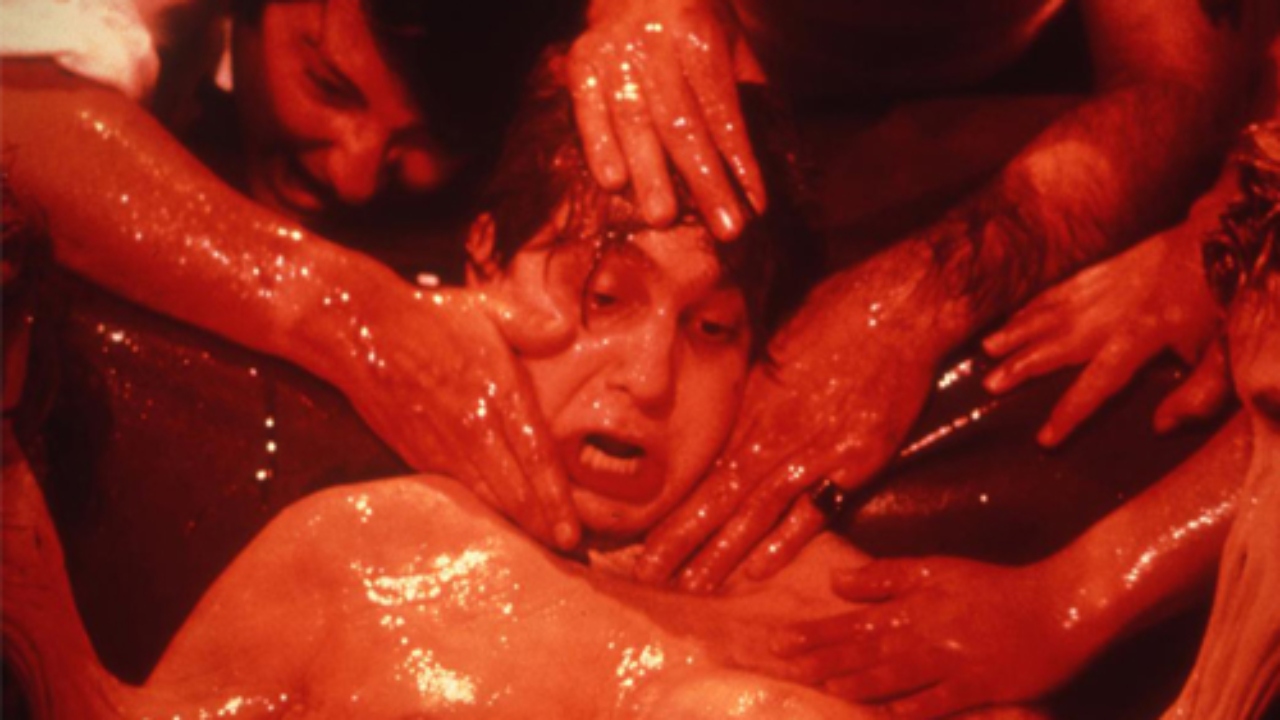 There’s scary horrors, gory horrors and comedy horrors, then there’s “what the f*ck” horrors, which Reddit have kindly compiled for us. Not frightening, not stomach-churning and not side-splitting, these horrors are weird — really weird. They’re freakish, disturbing and just plain wrong, but somehow they received a seal of approval. In some regard, we’re grateful that these horrors exist; they remind us what not to do if we ever tried our hand at filmmaking. There are horror “dos” and horror “don’ts,” but these flicks defy all definition. In fact, they have a category of their own — “don’t evers.” If you’ve ever seen The Human Centipede, you know exactly where this is going. If you’ve never seen The Human Centipede, don’t take this as a call-to-action, consider it a warning. Don’t subject yourself to that level of inhumane torture.

Over on Reddit, helpful moviegoers have compiled The Human Centipede equivalents and listed the “don’t evers” so that we don’t have to. Starting things off, we have Tetsuo: The Iron Man, House 1977/Hausu and Eraserhead, courtesy of u/Horrorfan5 (very fitting username, by the way). For starters, Tetsuo: The Iron Man (1989) revolves around a metal fetishist, which (spoiler!) begins with Tomorowo Taguchi’s “Man” entering his hideout and cutting open his thigh, then thrusting an iron rod through the wound. Then, during the climax (spoiler!) two men merge into a metal, penis-shaped mass. Feminists should steer clear of this one. As for House (1977), another film hailing from Japan (we’re sensing a theme here), which tells the story of a sentient, flesh-eating house devouring the six friends of a schoolgirl. Lastly, Eraserhead (1977) is as comical and messed-up as it sounds; in true Frankenstein fashion, a man must care for his grossly deformed child. That’s all you need to know.

The original post encouraged other horror fanatics to chime in with suggestions, hoping to expand the list of “don’t evers.” Reddit gladly obliged, and here’s what they came up with.

Brian Yuzna’s so-called horror/mystery Society (1989) is described as a body horror, much like the modern-day Saw or Hostel, but somehow much worse. By the way, have you noticed that many of these films came out in either 1977 or 1989? Anyhow, Society follows a Beverly Hills native who suspects that his parents are involved in a socially elite cult that — you guessed it — dabbles in body modification to an extreme degree. Just Google some images for Society and you’ll see why it’s a “don’t ever.” Despite this, Yuzna was apparently developing a sequel, Society 2: Body Modification, back in 2013, but the project never got off the ground. We can’t imagine why.

Another 1989 horror (this is just getting creepy now), Santa Sangre — meaning “Holy Blood” in English — is described as an avant-garde surreal horror, which was written and directed by Alejandro Jodorowsky. Santa Sangre follows Jodorowsky’s son, Axel Jodorowsky, as Fenix, a boy who struggles with childhood trauma after growing up in the circus. Despite being named among this list of rejects, Santa Sangre is actually considered a cult film and received critical praise for being a true example of psychic horror. A since-removed review on RogerEbert.com described Santa Sangre as “horror, poetry, surrealism, psychological pain, and wicked humor, all at once.” However, don’t be fooled by ample positivity, Santa Sangre is still definitively weird. There’s a scene where Concha, the leader of a religious cult, pours sulphuric acid on a man’s genitals. Need we say more?

For a much more recent entry, Beyond the Black Rainbow by Magnolia Pictures (Please Stand By, Satanic), released on New Year’s Eve in 2010, but didn’t premiere in the US until September 2012. The Canadian-led film, directed by Italian-Canadian Panos Cosmatos, follows Eva Allan’s Elena, a woman with ESP (Extrasensory perception) tries to escape from the secluded commune where she’s been held captive. There’s a whole lot of psychic and supernatural elements at play here, which is possibly what makes it so eccentric, but although it received poor reviews initially, it gained popularity after Tribeca 2011. It has been accused of shallow pastiche, which essentially the film industry’s fancy term for plagiarism of another existing art. There’s definitely countless other films like it, but Beyond the Black Rainbow is the weirdest of them all. There’s a lot of critics who would rather watch paint dry for two hours than subject themselves to Cosmatos’ attempt at an engaging horror. Still, there’s something out there for everyone.

Reddit has plenty more candidates for weirdest horror, but those are the most recognized. Here are a few other suggestions taken from the thread:

Boxing Helena (1993) is the body horror equivalent of Fatal Attraction (1987), if that’s any indication as to its…uniqueness. David Cronenberg’s Dead Ringers (with Jeremy Irons) essentially sees identical twins have multiple sexual affairs, but the women are passed on from Elliot (Irons) to his twin Beverly (also Irons) without the woman knowing the difference. That’s just wrong on all levels. As for Mad God, which only came out a few months ago, there’s a reason as to why no one’s ever heard of it, and it should stay that way. For a film about animated monsters and titans, it already sounds as dumb as it is. There wasn’t any promotional material — at least none that we’ve ever seen — and that already speaks volumes.

Polio in US, UK and Israel reveals rare risk of oral vaccine