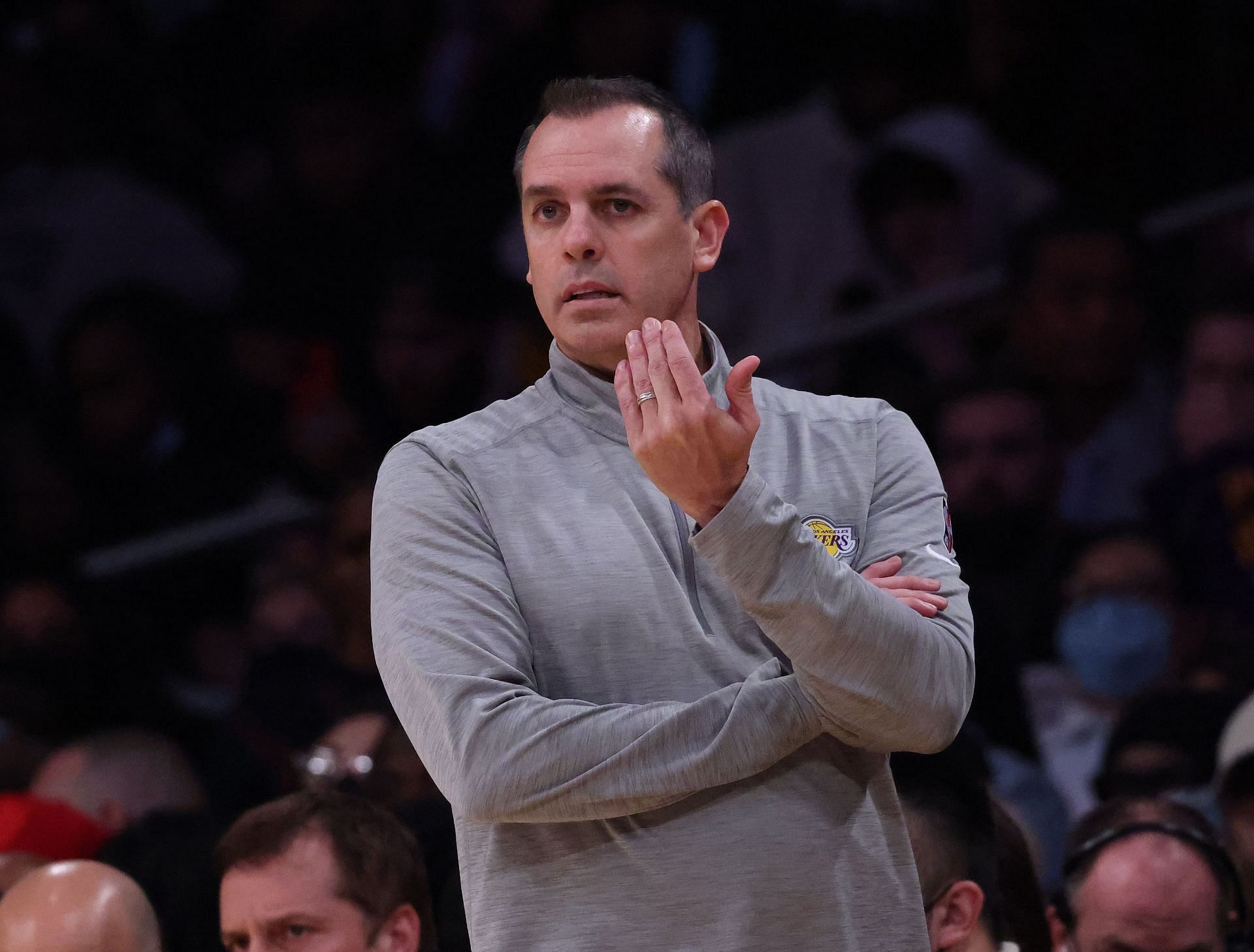 The LA Lakers have decided to part ways with head coach Frank Vogel, according to reports from ESPN.

Vogel’s third season with the organization ended in quite a disappointment, with the Lakers falling out of the Play-In tournament bracket. The franchise was sub-par throughout the season, despite having some of the best players from around the league on their roster.

The experiment of building a veteran-heavy roster turned out to be a disaster for the LA Lakers as many of their players succumbed to injury. Additionally, those who were available could not catch a break on the defensive end.

Despite all the issues surrounding the players, Vogel has shouldered much of the criticism for the Lakers’ lackluster season.

Chuck reacts to reports that Frank Vogel has coached his final game with the Lakers.

“They’ve scapegoated Frank and Russ all year.”Chuck reacts to reports that Frank Vogel has coached his final game with the Lakers. https://t.co/fJax7p13H5

Charles Barkley had some words for the LA Lakers’ management, while discussing the firing of their head coach on “Inside the NBA.” He said:

“Well, Frank Vogel is getting screwed. Whoever put these old a** geezers together, they deserve the lion’s share. They’ve scapegoated Frank obviously, and Russ (Russell Westbrook) all year.”

The LA Lakers’ roster, led by LeBron James and Anthony Davis, gave up a lot of young legs to acquire Russell Westbrook prior to the start of the season. Once the youngsters were gone, LA had a side mostly filled with veterans which made their average age 30+, the highest in the NBA.

“I’m going to enjoy tonight, celebrate what these young guys did, and we’ll deal with tomorrow tomorrow.” Frank Vogel addresses the media regarding reports about his future with the Lakers.

“I’m going to enjoy tonight, celebrate what these young guys did, and we’ll deal with tomorrow tomorrow.” Frank Vogel addresses the media regarding reports about his future with the Lakers. https://t.co/bZ61Rerpqp

While expectations were high, things didn’t pan out as planned, with Westbrook suffering from a sustained run of poor form and Davis’ injury trouble.

Barkley went on to reflect on what the Lakers’ problems were:

“This team, I told you from day one – the only chance this team got to being competitive is Anthony Davis. And clearly, he’s not been doing what he’s supposed to.”

“But to blame Frank and Russ for putting this old a** team together – I mean, I told you, ain’t enough Icy Hot, Bengay, Absorbine Jr. My grandmother used to put WD-40 on her knees and ankle to loosen them up. They should try that for them old a** geezers.”

Davis was meant to be the team’s catalyst but his injuries were a heavy burden on Frank Vogel’s plans.

The LA Lakers’ organization being in such a situation almost always meant that things were going to change. While faults might be distributed across different people within the team, it is almost always the head coach that gets the brunt of it. That is the case on this occasion as well.

Malik Monk had more praise for Frank Vogel: “It was always about us. It was never about him. … Kudos to Frank.”

Malik Monk had more praise for Frank Vogel: “It was always about us. It was never about him. … Kudos to Frank.”

When given the players that fit his style of coaching, Frank Vogel was able to deliver a championship in 2019-20. The Lakers’ defensive effort is what kept them on top of the league back then and led them to a championship that season.

Overall, in the three seasons he coached the team, Vogel has a 127-98 record and one title. Despite parting ways with the Lakers, he could still be a force in the league and a good coach for a team looking to strengthen their defense.

The LA Lakers organization, meanwhile, has a lot of work ahead, with respect to roster planning and filling up the head coach position.

Here’s what Kriti Sanon has to say about her dating…

One dead in fire at Oakland home Tuesday