“There’s a lot of stuff I’ve gone through” 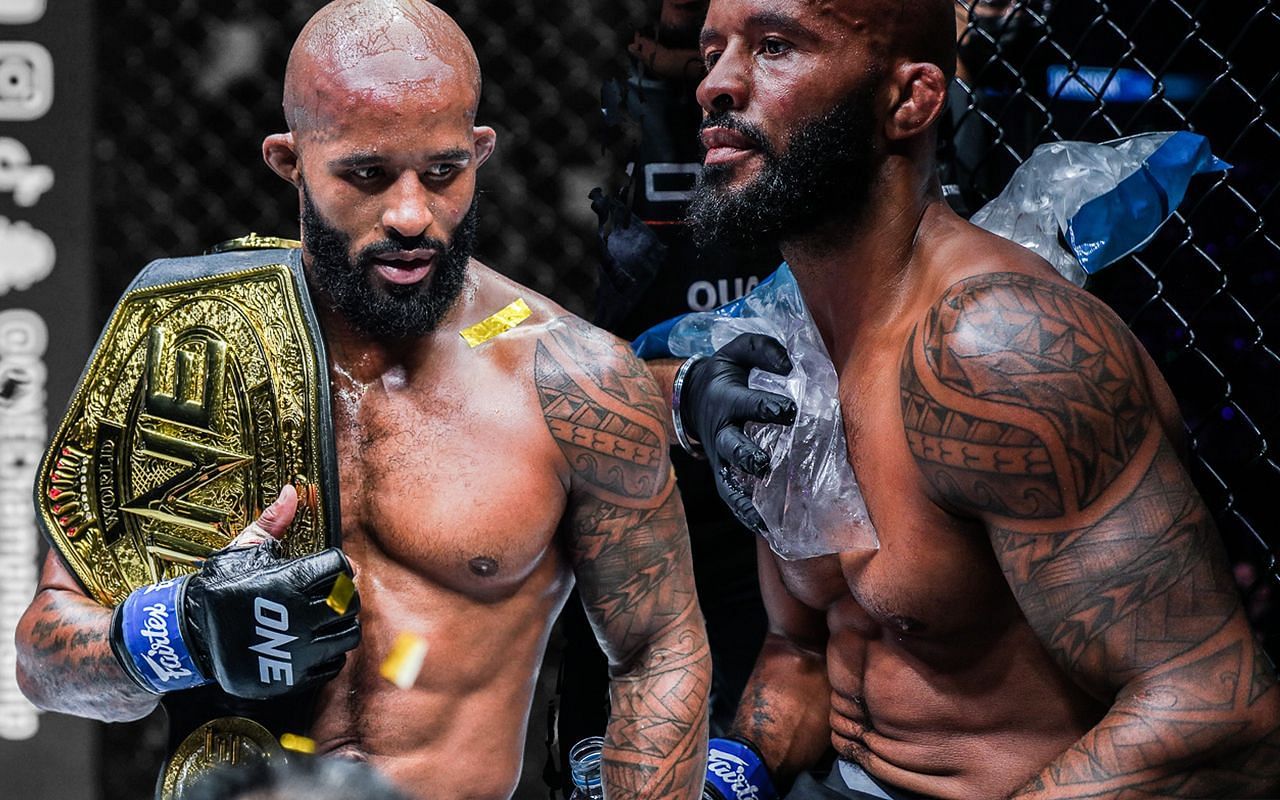 ONE flyweight world champion Demetrious Johnson knows that tattoos are portraits of important memories, and his sleeve is no exception.

The mixed martial arts legend recently spoke with Ariel Helwani at The MMA Hour and spoke briefly about how and why he got the sleeve tattoo on his left arm.

Johnson said it was the reunion with his biological father and the passing of his older sister that became the inspiration for the bodily art.

Although it’s already a large enough piece in itself, ‘Mighty Mouse’ stressed that he plans to further fill it up as more of life’s events occur.

“I’ve always loved tattoos like every single tattoo I have in my body it’s always taken inspiration from when I was going through a long period of time where I’m thinking about certain things… I wanna get more, but like I said I wanna fill this piece in and this might be something when I’m ready to hang my gloves up and like it’s I’m done I’m not gonna be this you know pursue this what I do in my life anymore.”

“There’s a lot of stuff I’ve gone through in life that’s kinda shaped me the way I am. You know, growing up not having a father then meeting him when I’m 30 years old and seeing the man he is. I’m like ‘what would my life be like if I had my dad in my life?’ He’s absolutely incredible, and then the passing of my sister to see that whole thing and then to see just a lot of things that shaped me after my sister passed. That’s where I was like watching her die I was like ‘that’s f***ing end game right there.’”

Demetrious Johnson, who got the tattoo following his mixed-rules bout against Rodtang Jitmuangnon at ONE X this past March, is coming off his best win in ONE Championship when he knocked out Adriano Moraes in the fourth round of the main event of ONE on Prime Video 1.

The fight was also the first time that his sleeve was shown in public.

Another reason why Demetrious Johnson got his left arm inked was in honor of his best friend.

Johnson’s tattoo was done in the Polynesian style and he said that it was his way of paying homage to his best friend who’s Hawaiian.

He added that it was his buddy who was one of the most vital people who helped him overcome life’s adversities.

“I cannot choose to go peacefully or go dramatically, so all that stuff affected me and this is like you know, a contribution to the story of my life and it’s in a sleeve and it’s Polynesian. My best friend’s Hawaiian and this is a little inspiration from him because he’s kinda helped me you know get to the hardest times of my life and stuff.”

Denial of responsibility! My droll is an automatic aggregator of the all world’s media. In each content, the hyperlink to the primary source is specified. All trademarks belong to their rightful owners, all materials to their authors. If you are the owner of the content and do not want us to publish your materials, please contact us by email – [email protected]. The content will be deleted within 24 hours.
mmanewsNo FB MMAone championship
0
Share