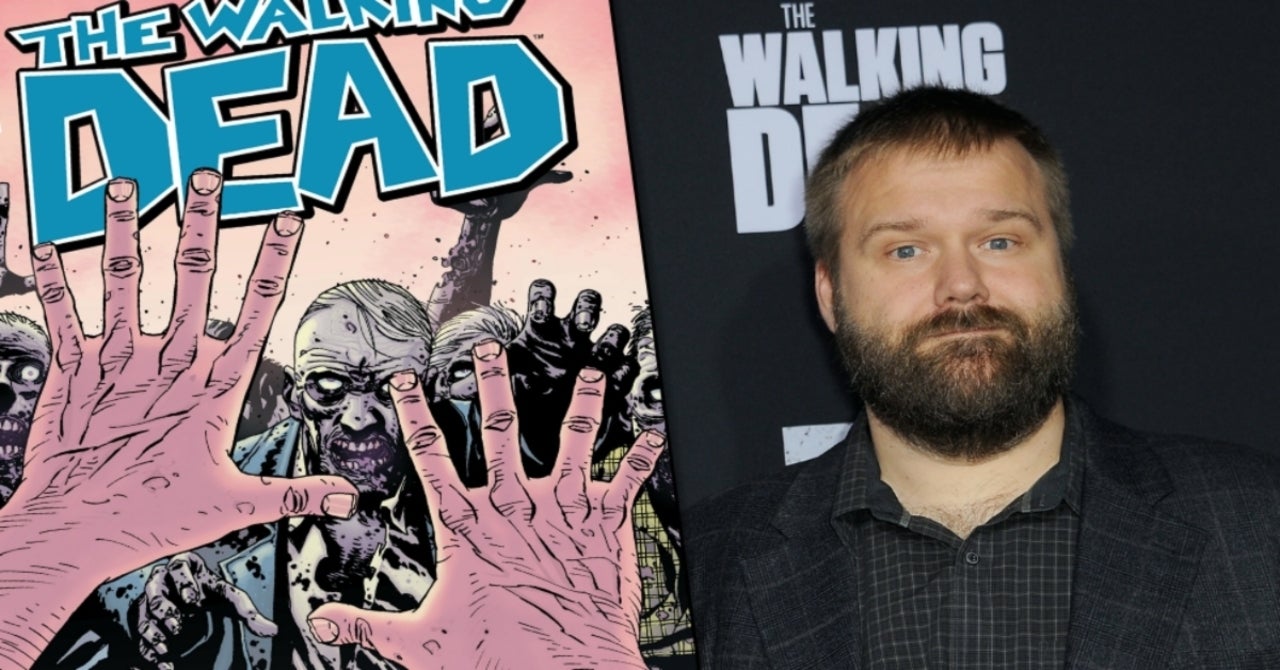 “It doesn’t interest me, honestly,” Kirkman wrote in his “Letter Hacks” column ending The Walking Dead Deluxe #19. A fan letter asked if the comic creator would put a “new twist” on ideas or stories seen in past seasons of Fear and World Beyond.

While Kirkman has no plans to bring show-exclusive characters into the comic book universe of Image Comics, the creator did confirm plans to reprint color versions of one-shots like the Michonne Special and Negan Lives.

“The plan is for everything to be fully colored eventually,” Kirkman wrote in response to another fan letter. “Everything!”

After ending The Walking Dead at issue #193 in 2019 and publishing the one-shot spin-off Negan Lives #1 in 2020, Kirkman revisits Walking Dead characters in the five-part serial Rick Grimes 2000 in the pages of the ongoing anthology series Skybound X. The story, which is not canon, follows Rick Grimes as a survivor of the alien invasion that caused the zombie apocalypse.

The Walking Dead Deluxe #19 and Skybound X #4 are now available to own.

The Final Season of The Walking Dead premieres August 15 on AMC+ and August 22 at 9/8c on AMC. Follow the author @CameronBonomolo on Twitter for all things TWD.

Denial of responsibility! My droll is an automatic aggregator of the all world’s media. In each content, the hyperlink to the primary source is specified. All trademarks belong to their rightful owners, all materials to their authors. If you are the owner of the content and do not want us to publish your materials, please contact us by email – [email protected]. The content will be deleted within 24 hours.
Fear the Walking DeadImage ComicsRobert KirkmanThe Walking DeadThe Walking Dead UniverseThe Walking Dead: World Beyond
0
Share