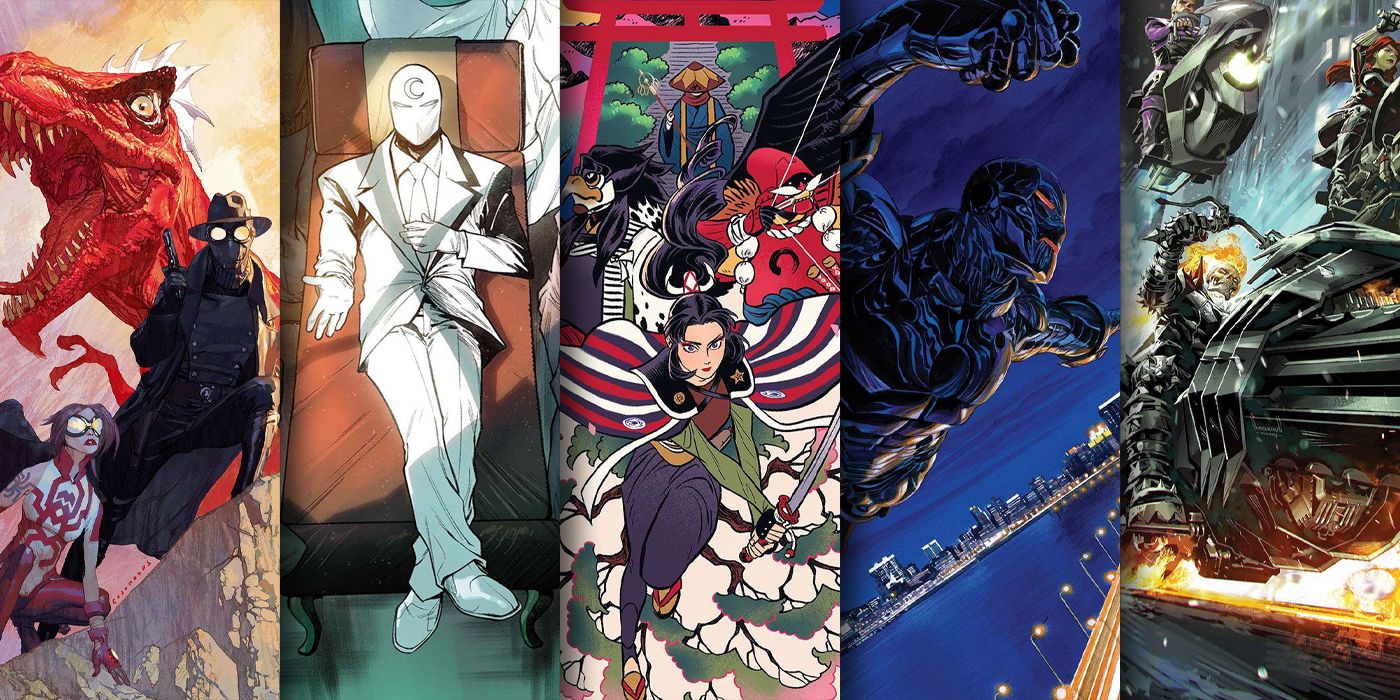 Edge of Spider-Verse, a new anthology miniseries, takes Marvel readers across the Multiverse to introduce Spider T-Rex variants and more this week.

It’s the beginning of the end for the Spider-Verse in the new releases from Marvel Comics.

Edge of Spider-Verse — a five-issue, anthology miniseries — kicks off its first chapter on Wednesday. The title will revisit beloved Spider-Man variants like Spider-Man Noir and Spider-Gwen while introducing new web-slingers to the Marvel Multiverse. This week’s Edge of Spider-Verse #1 marks the first appearance of both Spider-Rex and Spider-Laird, the former being a Spider-Man T-Rex and the latter a Scottish wall crawler from the 18th century. The miniseries serves as a prelude to writer Dan Slott and artist Mark Bagley’s new Spider-Man series, which is set to end the Spider-Verse for good.

Also debuting is Demon Wars: The Iron Samurai, the latest chapter in stormbreaker artist Peach Momoko’s alternate Marvel Universe. According to solicitations, the four-issue miniseries transports readers to a dimension with “sentient samurai armor, a winged individual in a falcon mask, a mysterious panther person” and more, likely twists on Marvel fan-favorites such as Falcon and Black Panther. The series is set to be a reimagining of Marvel’s iconic Civil War storyline where Iron Man, Captain America and their allies fight against one another.

As for Marvel’s other upcoming releases, both the Spider-Man 2099: Exodus and Star Wars: The Halcyon Legacy miniseries come to an end with their respective fifth issues while Tony Stark once again sports stealth armor in Iron Man #22. A couple of X-Men-related titles are also out, including Immortal X-Men #5, Legion of X #4, X-Men ’92: House of XCII #3 and X-Men: Red #5. The full list of releases can be found alphabetically below, covers and solicitations included.

All of these issues go on sale Aug. 3 from Marvel.