The Sleek Toyota Concept That Tried To Make Minivans Cool 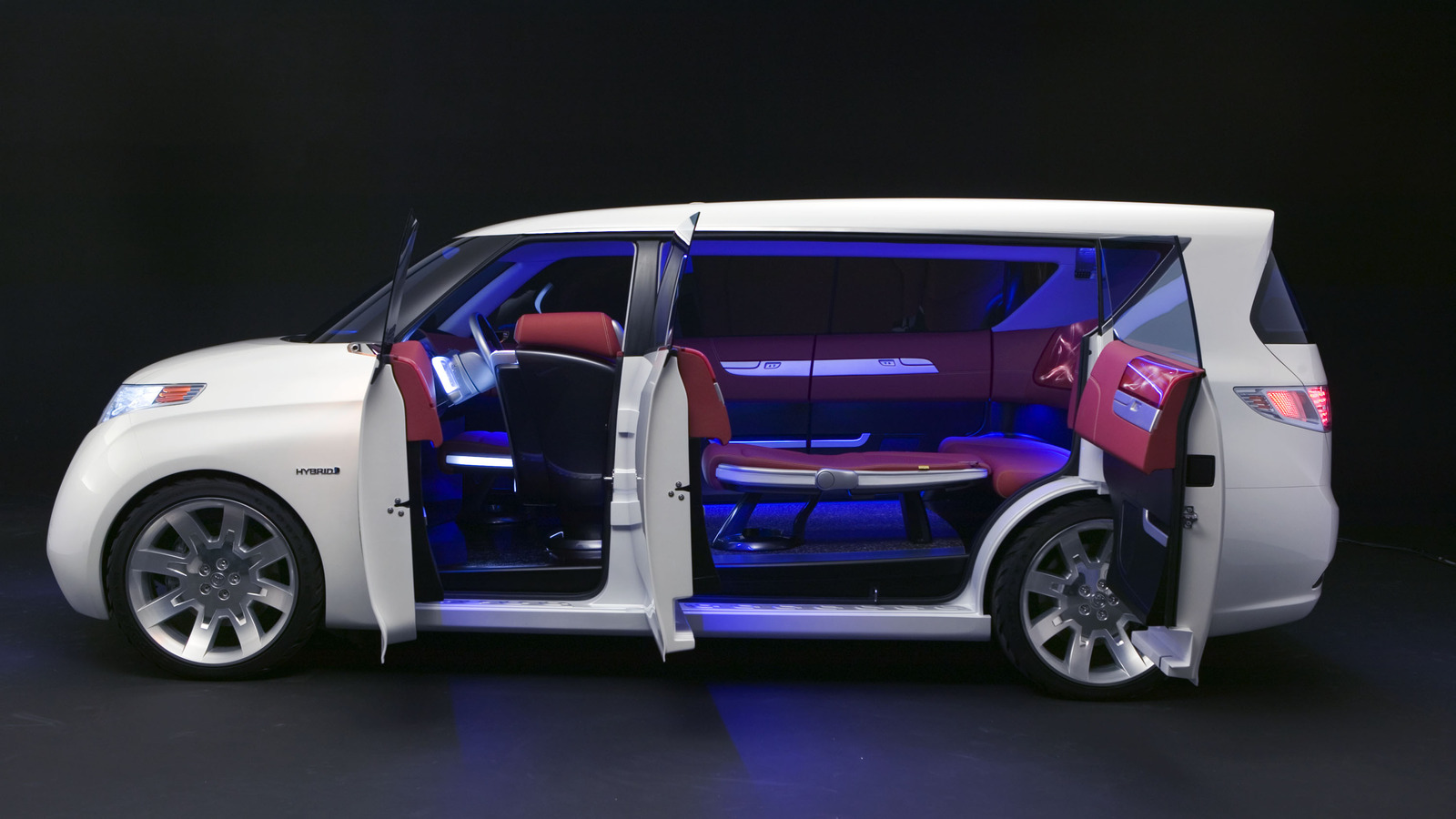 The F3R was first revealed to the public at the 2006 Detroit Auto Show and the design looks advanced for 2030, much less 17 years ago. The front grille is familiar to anyone familiar with the Sienna from the era, but that’s where the similarities generally stop. The F3R looks more like a space shuttle than something that would idle in the parking lot waiting for soccer practice to be over.

The interior featured what could best be described as “lounge seating” according to Car and Driver. Though pictured like a limousine above, the seating could also be arranged into a more conventional three-row when the vehicle was in motion. In addition to the spacious interior, however, the concept car had six doors and no C-pillar like a conventional minivan would have. That allows for an insane amount of space to get in and out.

Toyota never released official specifications for the vehicle, but pictures of the concept show large wheels, a Star Wars prequel-esque infotainment system and enough seating for everyone you’ve ever met. Unfortunately, the F3R was never meant to be slated for mass production. But if the vehicle ever did see the light of day, it would likely be not just the coolest minivan ever, but possibly one of the most stylish Toyotas period.

Rail strikes cost UK £1bn and settling would have been cheaper, minister admits