The Rock Likens Success to Piloting a Spaceship, Ironic When Black Adam Could Fly 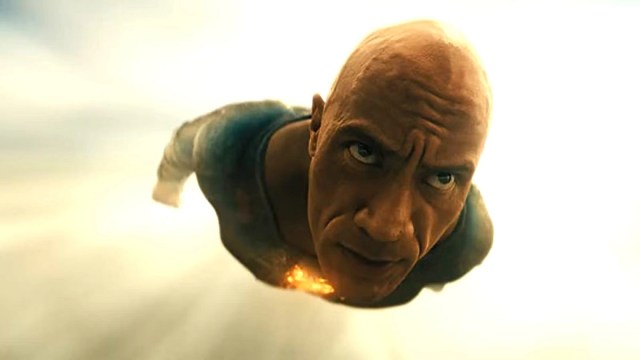 Having attempted to move on from the failure of Black Adam, which appears to involve rewriting the history books by claiming he wasn’t planning to make himself the focus of his own corner of the DCU despite voluminous evidence to the contrary, Dwayne Johnson has focused his attention elsewhere.

The most jacked energy drink salesman on the planet has instead pivoted towards shilling his ZOA brand to the masses, because nothing compensates for the failure to launch a superhero franchise than immediately earning a boatload more money. It won’t be that sweet, sweet DC cash, though, which has surely got to sting at least at little.

In a deliciously ironic twist, Johnson compared the nascent success of ZOA to piloting a spaceship with a team of expert designers and engineers behind him. Lest we forget, Black Adam failed at the very first hurdle, and he was able to soar through the skies unimpeded using nothing but his superpowers.

We’ll be very interested to see what the short and long-term future of the DCU looks like when James Gunn and Peter Safran roll out that much-anticipated slate, and you get the sneaking suspicion Johnson will be keeping his ear to the ground, too.

After all, he had plans for a showdown opposite Henry Cavill’s Superman in amongst his dreams of sequels and spinoffs aplenty, but he’ll have to make do with being the face of the latest entrant into a market that’s every bit as over-saturated as the current complexion superhero cinema.