The Queen: England-South Africa Test to resume on September 10 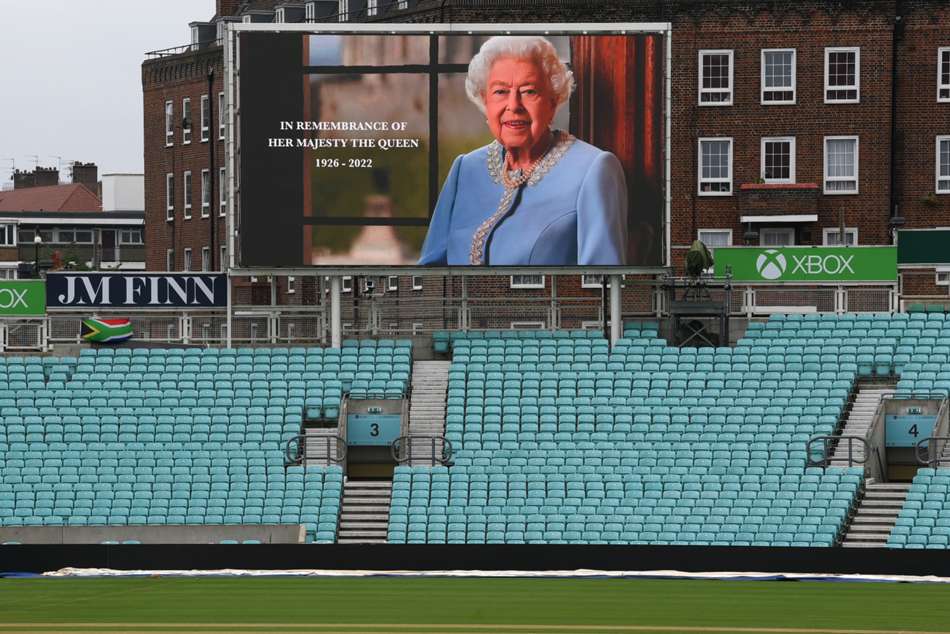 The governing body made the decision to cancel all fixtures across domestic and international level on Friday following the news Britain’s longest-reigning monarch had passed away aged 96 at her home in Balmoral on Thursday (September 8).

The first day of the deciding match between England and South Africa on Thursday had been a washout due to weather, but will now be anticipated to get underway at The Oval on Saturday following the go-ahead.

“Cricket will resume on Saturday to pay tribute to Her Majesty Queen Elizabeth II and honour her remarkable life and service,” an ECB statement read.

“Following the cancellation of Friday’s cricket fixtures as a mark of respect on announcement of her death, the England and Wales Cricket Board can confirm that play will resume from Saturday (September 10) including international, domestic, and recreational fixtures.

“The decision has been taken after consultation with DCMS and in line with Official National Mourning guidance.

She loved sport, be honoured to play in her memory https://t.co/sNSJ3qJreW

“The scheduled match between England and Sri Lanka Men’s U19 along with recreational cricket fixtures will also take place as planned.

“Before each match, a minute’s silence will be observed followed by the national anthem. All players and coaches will wear black armbands. Branded inventory will be replaced with messaging paying cricket’s respects to The Queen.”

Captain Ben Stokes said he would “be honoured to play” in the Queen’s memory earlier on Friday, before official confirmation came through from the ECB.

Meanwhile, the Rugby Football League has also confirmed matches will take place as planned across all levels, including Saturday’s Super League play-off encounter between Huddersfield Giants and Salford Red Devils.

Friday’s clash between Catalans Dragons and Leeds Rhinos had already been handed the go-ahead due to taking place in Perpignan in the south of France.

However, Saturday’s undisputed middleweight championship bout between Claressa Shields and Savannah Marshall at the O2 Arena in London has been provisionally postponed until October 15.

“Our sincere thoughts are with His Majesty King Charles III and the Royal Family during this profoundly sombre time. We are working with all parties to provisionally reschedule for Saturday, 15th October, at The O2 in London.”