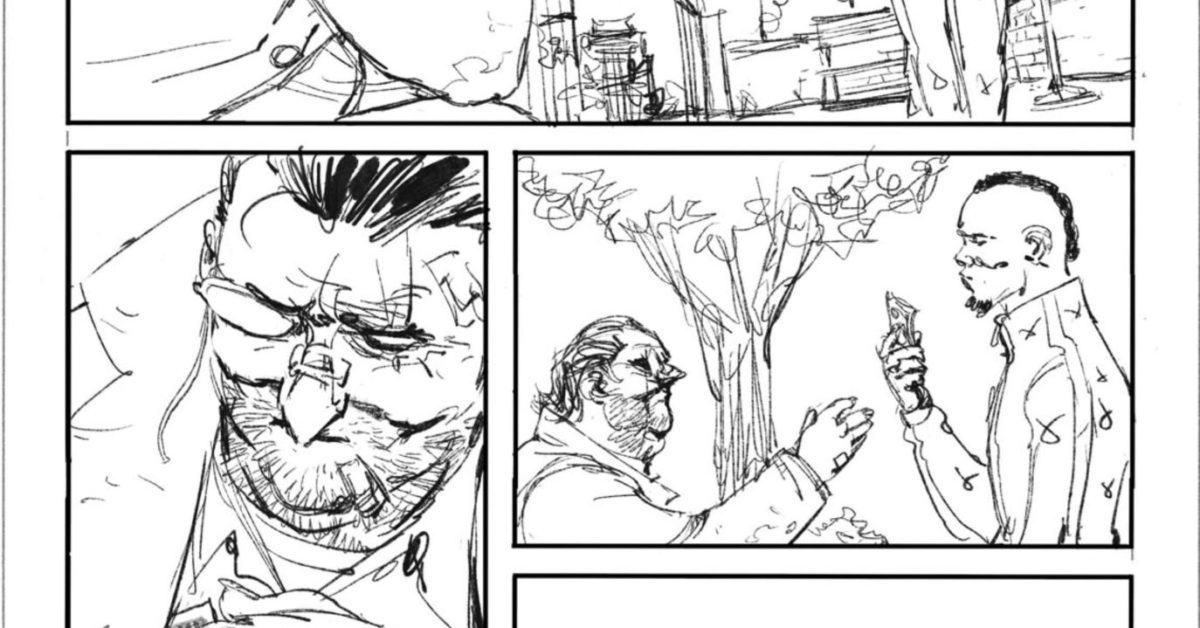 Penguin time! Batman: One Bad Day is a series of oversized prestige-format comic books from DC Comics, and each tells a different story of a different Batman villain, all in the thematic design of Batman: The Killing Joke by Alan Moore and Brian Bolland. “One Bad Day” echoes the Killing Joke line (and uses the Killing Joke title font) where The Joker believes it only takes one bad day to turn someone into a monster, whether that’s the Joker or the Batman.

And we have previews of the third book to follow the previous two, Penguin: One Bad Day by John Ridley and Giuseppe Camuncoli. DC Comics showed off a lot of previews at San Diego Comic-Con but they didn’t show off this comic. The main Batman comic books have just shown the ending of the Penguin, but this appears to be an even worse day, as the Penguin buys a handgun, in Gotham parks.

BATMAN – ONE BAD DAY: PENGUIN #1
Written by JOHN RIDLEY
Art and cover by GIUSEPPE CAMUNCOLI
Variant cover by JIM LEE
1:25 variant cover by DAN MORA
1:50 variant cover by JAMAL CAMPBELL
1:100 variant cover by BRIAN BOLLAND Premium variant cover by GIUSEPPE CAMUNCOLI
$7.99 US | 64 pages | Prestige | (All covers card stock)
ON SALE 10/18/22
The Penguin’s criminal enterprise and the Iceberg Lounge have been stolen from underneath him by his former associate the Umbrella Man. The Umbrella Man has removed all of the rules for crime in Gotham City that the Penguin put in place, and the city is in chaos. The Penguin is a broken man, and he’ll have to travel through the burning streets of Gotham with a gun and a single bullet putting together a new crew to take back what he’s built. Will Batman help the devil he knows or face the devil he doesn’t in the form of the Umbrella Man? A crime epic from the team behind the critically acclaimed Other History of the DC Universe, John Ridley and Giuseppe Camuncoli—don’t miss it!