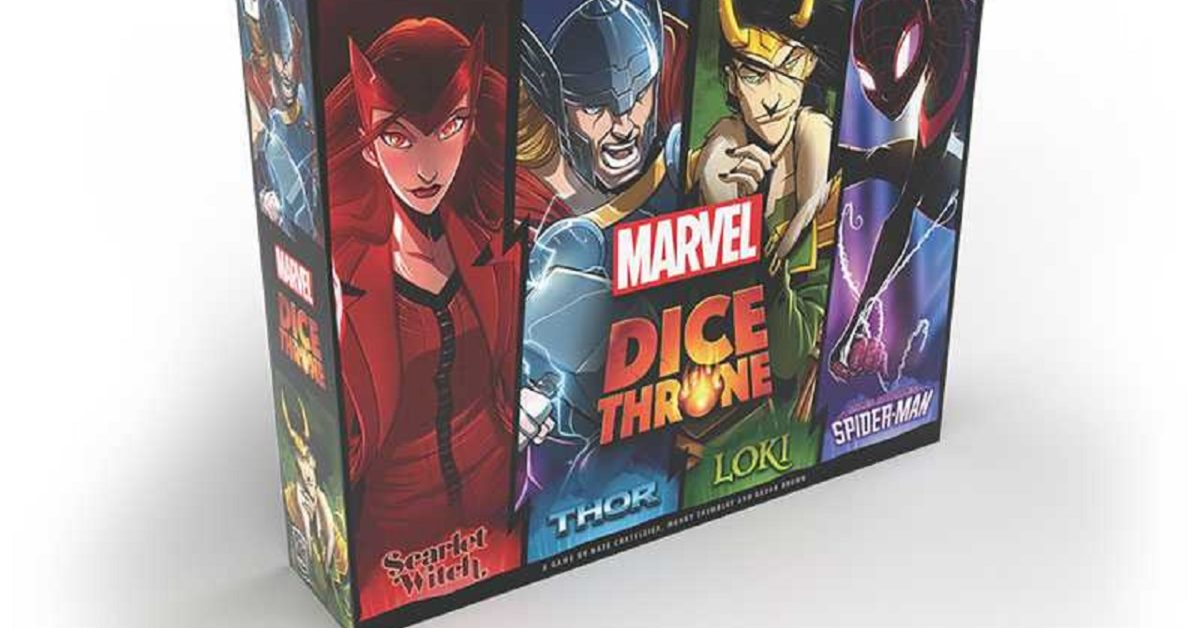 The Op revealed a brand new board game added to their lineup as they bring Marvel to Dice Throne with Marvel Dice Throne 4-Hero Box. The game will give you the chance to play as four different heroes as you’ll have your choice between the comic book versions of Thor, Loki, Scarlet Witch, and the Miles Morales version of Spider-Man. The game has several modes you can play in which you can go 1-v-1, team up, play in a battle royale free-for-all, and more, as they have put a Marvel spin on the game to spice things up a bit. What’s more, all of the heroes can be used in any version of Dice Throne. You can read more about it below as the game is currently on sale for $50 via their website.

Marvel Dice Throne is a fast-playing, dice-rolling combat game that lets players battle as their favorite Marvel heroes in one-on-one duels, team battles, and free-for-alls! Based on the smash success Dice Throne, this Marvel Dice Throne 4 Hero Box puts players in the roles of Scarlet Witch, Thor, Loki, and Spider-Man, each with their own set of dice, player board, and unique deck of cards. Attack your opponents and activate abilities with dice rolls, accumulate combat points, and spend them on action cards that allow for ability upgrades such as Scarlet Witch’s Chaos Magic and Spider-Man’s Invisibility. All 4 heroes are compatible with the entire Dice Throne ecosystem.