‘The Office’ comes to life in downtown DC 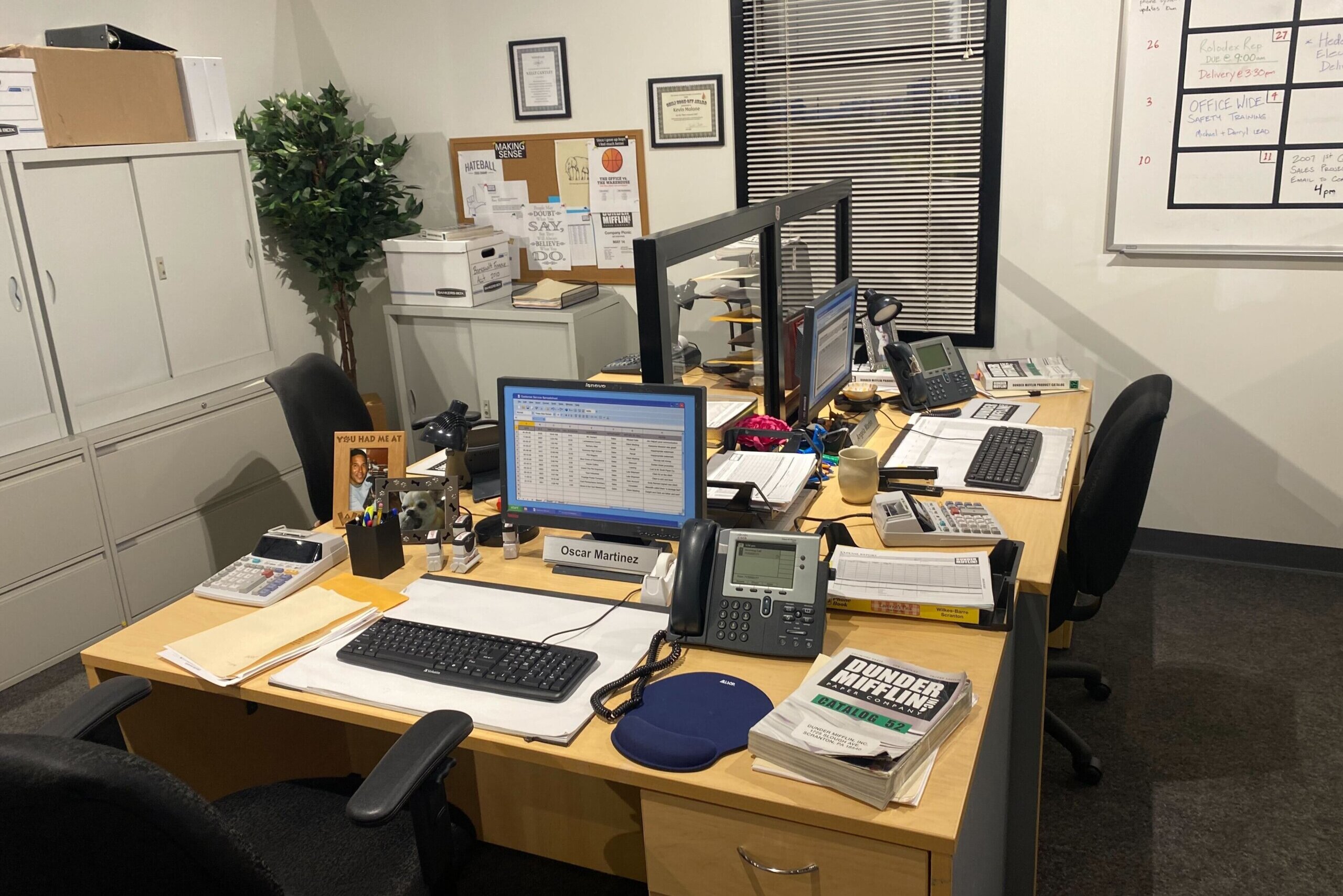 Have you ever dreamed about having Dwight Schrute as a co-worker or spending as much time at reception as Jim did at the Dunder Mifflin Paper Company? While those dreams may never really come true, you can get close with a new experience in downtown D.C. based on “The Office.”

“Would I rather be feared or loved? Easy. Both. I want people to be afraid of how much they love me,” said the character Michael Scott, famously during season three of the comedy series.

Scott’s wish has been granted; It’s scary how much people love the nearly 20-year-old sitcom.

The loyal and rabid fan base has now spurred “The Office Experience,” at 1020 G Street NW. It will open to the public on Thursday and last through Jan. 16, 2023.

“I think this is one of those shows where it’s real relatable characters. We all have a quirky co-worker or have had one at some point in our career. So I think that we’re all entertained by that,” said Stacy Moscatelli, co-president and chief strategy officer of Superfly X, the production company behind “The Office Experience.”

It includes a nearly-exact recreation of the eponymous set, complete with Michael’s office, Pam’s desk and even the annex where the humdrum human resources representative, Toby, works.

Fans will have the chance to act-out their fantasies of working for the mild-mannered paper company, Dunder Mifflin, and get plenty of opportunities to take photographs.

Dwight’s desk comes complete with his stapler in Jell-O and you can sit behind Michael’s desk holding the ‘World’s Best Boss’ mug (and like him, you can buy yourself one in the gift shop.)

Beyond just the single set, The Office Experience lays out some of the show’s most iconic moments.

Moscatelli said Superfly X, which also produced a similar experience around the TV show “Friends,” had input from fans of “The Office.”

“They felt like ‘beach day’ [“Beach Games,” episode 23 of the third season] was just a really big episode — so much happened. There are so many celebrated moments and quotes from that episode alone. So that came up a lot. Kevin’s chili spill [“Casual Friday” episode 26 of the fifth season]; I mean, even people who’ve never watched the show know about Kevin spilling the chili.”

Scattered throughout the exhibit are actual props that were used on the show, from Dwight’s mustard colored shirts to Kevin’s pet turtle that he tried to rebuild after running it over.

And what ‘Office’ visit is complete without a peek at the warehouse, where the employees played basketball and learned that Stanley was not the secret weapon?

This warehouse has been turned into a retail shop, where you can purchase Dunder Mifflin paraphernalia; even a windshield sunshade with a picture of Meredith colliding into Michael’s car [“Fun Run,” episode 2 of the fourth season].

And as any ‘Office’ fan knows; holidays are extremely important to celebrate, especially Halloween and Christmas.

Let’s just hope Angela is not heading it up.