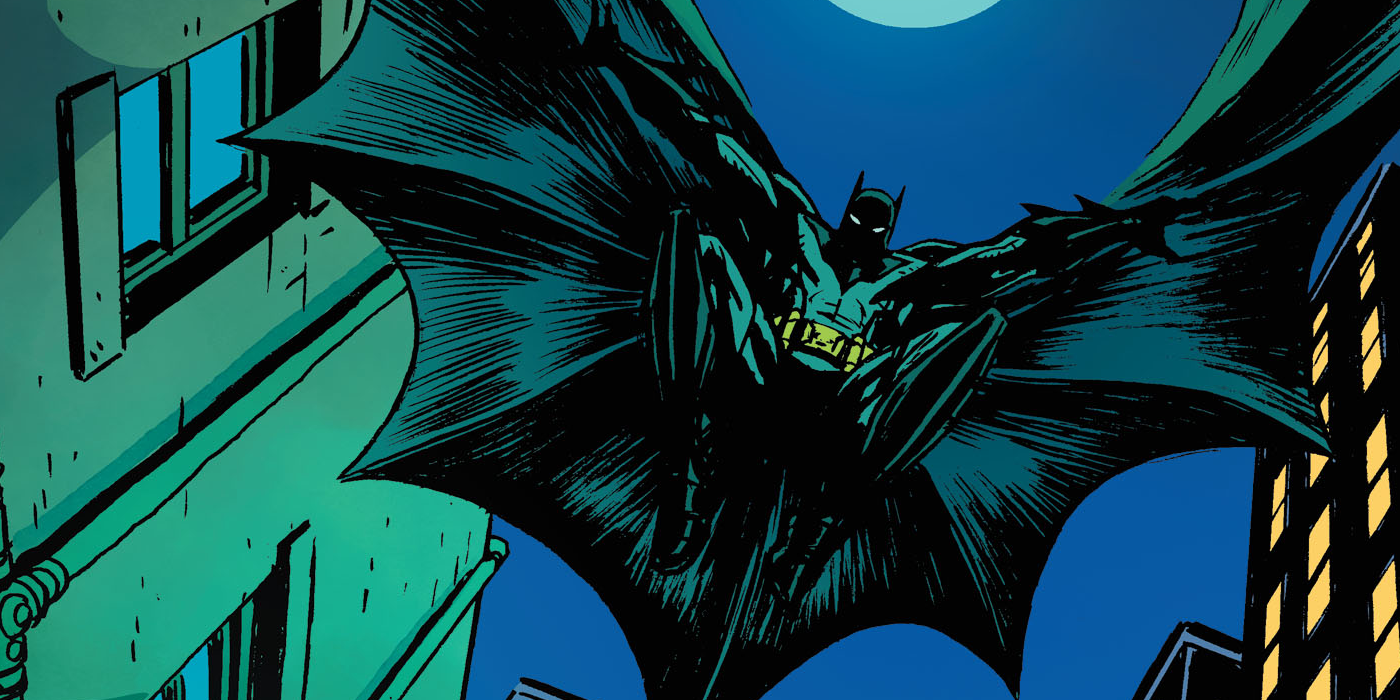 Future State: The Next Batman artist Nick Derington designed two new Batman costumes for the epic comic book event with a reference to the movies.

Batman’s costumes have evolved through the ages, and in DC Future State there’s not just one, but two new designs by The Next Batman artist Nick Derington.

Derington shared the images of Tim “Jace” Fox in his new costumes on Twitter and wrote, “The only thing cooler than designing a new Batman suit is designing two of them. Adding to the Batman legacy has been an incredible honor.”

RELATED: DC’s Next Batman Will Have His Own Supporting Cast

The first Batsuit shows Jace in gray and black with a yellow utility belt, black boots, black gloves and a black scalloped cape. His cowl also has a face shield that covers his mouth. The second costume is primarily black with a gold utility belt and gold Bat-symbol on his chest.

In a reply to the second version of the suit, Derington wrote, “My love letter to the visual language of the cinematic Batman suits of the last 30 years. Black and Gold forever.” Tim Burton’s Batman and Batman Returns films had Michael Keaton’s Dark Knight donning a black Batsuit with the gold symbol, and Jace’s new one hearkens back to these iconic iterations.

Jace is the estranged son of original Batman ally and Wayne Enterprise CEO Lucius Fox and his wife Tanya. His parents called him during the events of “Joker War,” but he doesn’t come home right away. In Future State: The Next Batman #1, it’s revealed that Jace attended a military academy, but his departure fractured the family and they’re still picking up the pieces. Luke Fox doesn’t even like referring to his brother as “Jace” as it’s a name he adopted.

DC Future State is a two-month initiative, which features the future versions of DC’s heroes. The Next Batman #1 is written by Academy Award-winning screenwriter John Ridley and illustrated by Nick Derington.


Ethan Alexander is a scriptwriter, novelist, and essayist with a love for all things comic books, TV, and movies. His main passion is storytelling and analyzing characters and storylines to understand the deeper message. He has a degree in Liberal Arts and spends most of his time writing or thinking about writing.