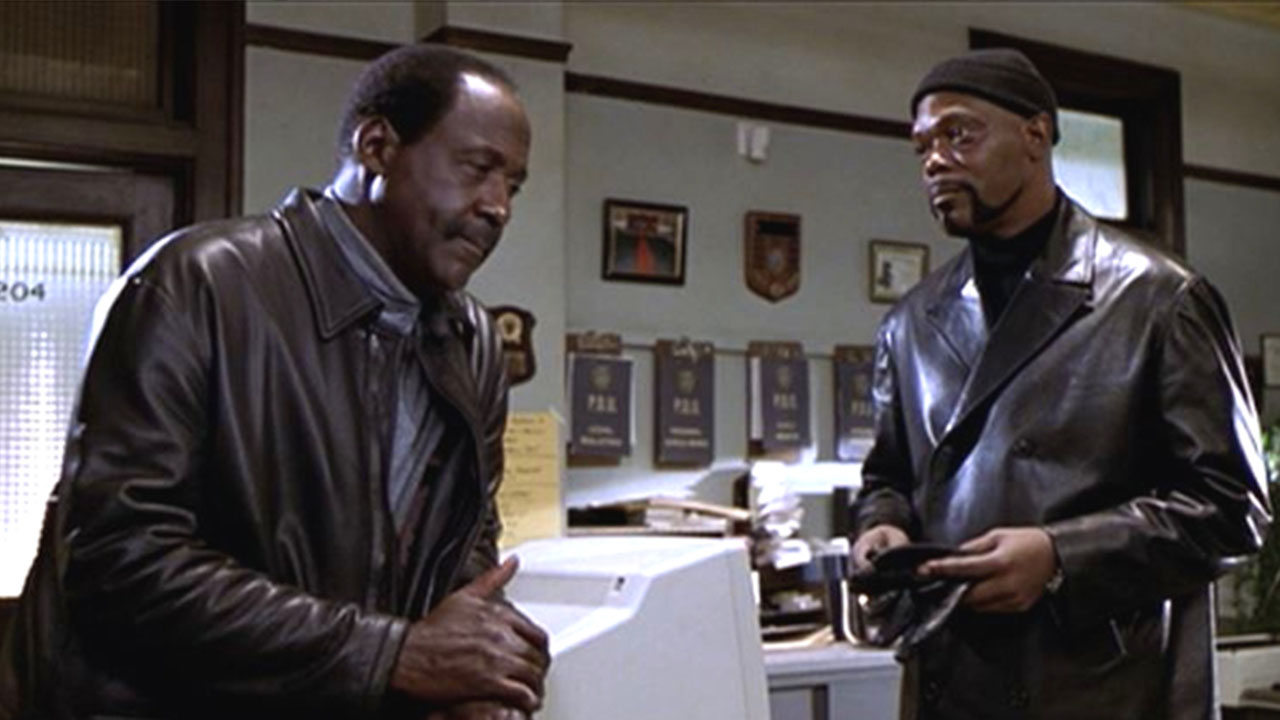 What’s the name of a 1971 classic that established the title hero as the coolest cat on the block? Shaft! And the the sequel that arrived almost 20 years later and topped the box office? Shaft! What about the third installment that released almost two decades later and flopped spectacularly? Shaft! You’re damn right.

MGM, Paramount, and Warner Bros. all handled one installment each, but for some reason, they couldn’t come up with a different title for any of them. Richard Roundtree inhabited the role of John Shaft first time around, before making a small appearance in the 2000 follow-up that saw Samuel L. Jackson at his charismatic best as the OG’s nephew… also named John Shaft.

The threequel, which was widely panned by critics in addition to recouping less than $22 million of its $35 million budget from theaters, retconned Roundtree’s Shaft into the father of Jackson’s Shaft, while introducing Jesse T. Usher as J.J. Shaft, otherwise known as John Shaft Jr. Jr. given that he took his name from both his old man and grandpa, uniting all three in a movie called Shaft. Got that?

The threequel is most definitely the weakest link of the trio by far, but it’s the barnstorming middle chapter that’s been dispensing street-level justice on streaming, with iTunes subscribers luxuriating in watching Jackson’s streetwise cop go up against Christian Bale’s scheming second-generation real estate tycoon.

Per FlixPatrol, Shaft (not predecessor Shaft or successor Shaft) has gunned down a prime spot on the platform’s most-watched rankings, and it’s worth the price of admission solely for a wondrous central performance that finds the coolest cat in Hollywood bringing every ounce of his charisma to a part he was born to play… if somebody else hadn’t played it first.

After upset win over Germany in World Cup, Japanese players…