The Mahaveer who stood up to the enemy till last breath 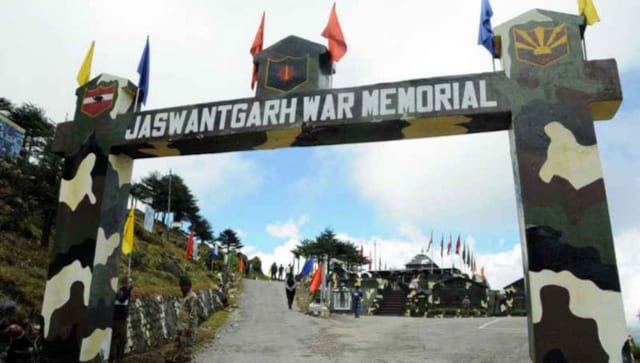 New Delhi: The date November 17, 1962 will forever be etched in golden letters in the military history of India. On this day, Maha Veer Chakra (MVC) awardee Rifleman Jaswant Singh Rawat truly lived up to the epithet ‘Maha Veer’ by laying down his life after single-handedly holding off hundreds of Chinese soldiers for three days in the icy heights of Arunachal Pradesh during the 1962 war between India and China.

Such a shining example of superhuman courage is rare in the global history of warfare.

Despite wielding weapons much inferior than those of their counterparts in the People’s Liberation Army (PLA) of China, the 4th Garhwal Rifles beat back two charges by the Chinese on their position.

Aided by covering fire from Negi, Rawat and Gusain closed in on the MMG position and neutralized the Chinese detachment of five soldiers with a grenade. However, while returning to the Indian position, Rawat was seriously injured while Gusain and Negi were martyred.

Even after the 4th Garhwal Rifles eventually decided to withdraw, Rawat decided to remain at the position and kept up the fight with the help of two local girls named Sela and Noora. Later, Sela was killed and Noora captured.

Changing his positions at regular intervals, Rawat brought down accurate fire on the approaching Chinese soldiers and held them off for 72 hours.

The Chinese eventually managed to storm Rawat’s position. The bravery displayed by Rifleman Jaswant Singh Rawat had impressed even his Chinese enemies, who later handed over a brass bust of him along with his severed head to the Indian Army.

The bravery shown by Jaswant Rawat was honored by building a memorial at the post where he fended off the People’s Liberation Army (PLA) of China. The post which he held was named “Jaswant Garh”. Another honor bestowed upon him is that he continues to serve even after death; he has been awarded promotions as if he is still serving.

The 4th Garhwal Rifles was later awarded the Battle Honour Nuranang, the only battle honor awarded to an Indian Army unit during the 1962 war.

These pensioners can now submit life certificate at any time. Check details