The King Of Fighters Drops Two Characters Into Fall Guys 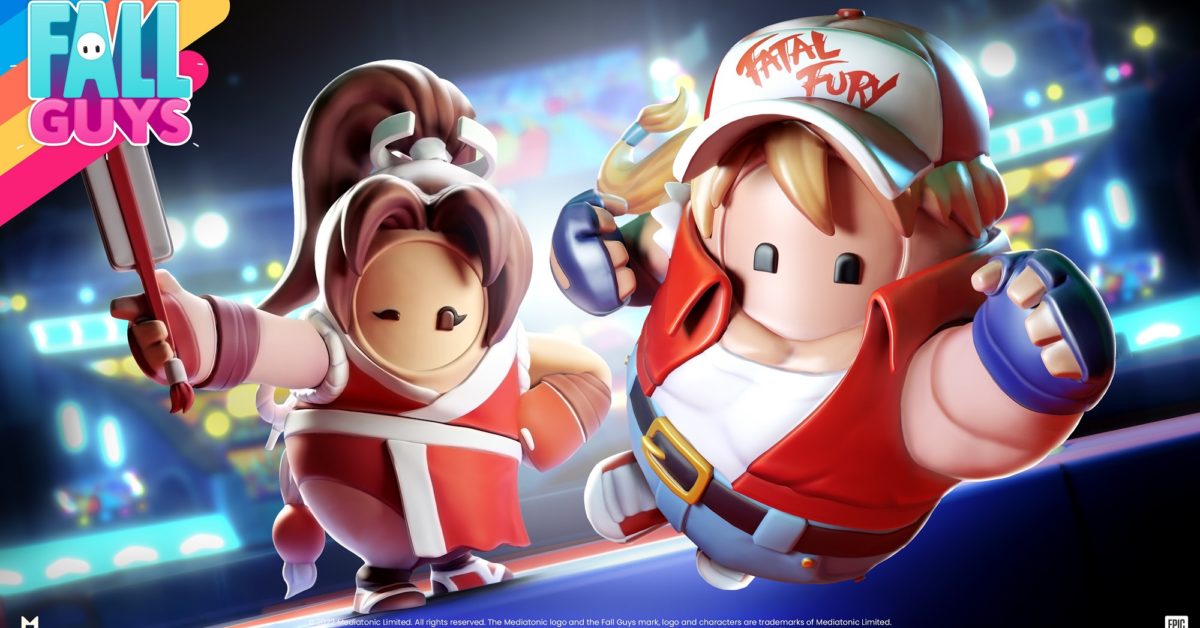 Epic Games and Mediatonic have announced a new crossover for Fall Guys as they have partnered with SNK for The King Of Fighters characters. Well, like all things in this game, you can’t really call it a character addition, is a costume for your bean. Two, in fact, as you’re getting Terry Bogard (who technically started in Fatal Fury but has become a mainstay in KOF) and Mai Shiranui costumes added to the game starting on August 4th, just in time for Evo 2022. Along with both of these skins, which actually look pretty cool as they got the look down as best you can get it in bean form, they’ll also be adding two small goodies to the mix. You’ll also be able to snag yourself a nameplate with a “Shiranui Style of Ninja Arts” look to it, and a special “C’mon C’mon” emote.

We’re a little surprised there isn’t more to this crossover. Usually, when they go in on these things, they tend to go big with four characters in franchises that have multiple options so a team can all dress up together. But for all we know, this is the start of something bigger between the two, and we’re not seeing all of the characters come to the game yet. You can snag both of these characters in the shop until August 8th.

The iconic stars Terry Bogard and Mai Shiranui will be entering the blunderdome sporting their iconic red and white cap, denim bottoms & the sleeveless red jacket and full fighting garb and a high-knot ponytail, respectively. As well as the stylish costumes, we’ve got a new Nameplate and Fall Guys Emote. Get the goods from August 4th – 8th!

FPI: DIIs closing gap with FPIs in race to D-Street domination. Here’s how