‘The House Barber’ retires after 52 years of Capitol Hill cuts 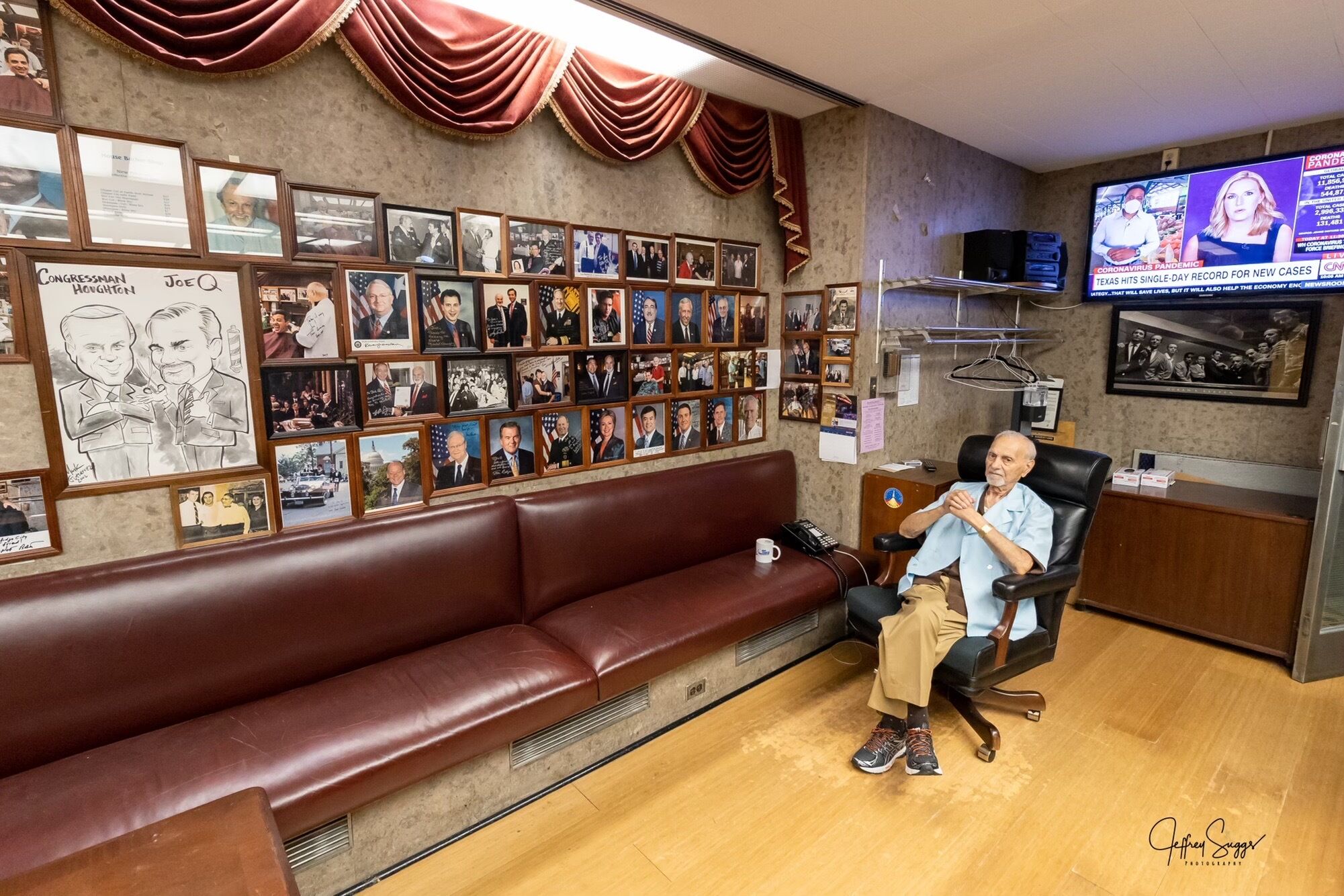 After nearly 52 years on the job, “The House Barber” Joe Quattrone spent his last day in the basement of the Rayburn House Office Building in D.C. on Friday.

After nearly 52 years on the job, “The House Barber” Joe Quattrone spent his last day in the basement of the Rayburn House Office Building in D.C. on Friday.

“I love my job. From Day One, I loved the people I was working with,” Quattrone, 88, said. “It’s the greatest job as a barber in the world because you come in contact with everybody … they’re in charge of the world here.”

Quattrone said he is grateful for how far he has come from his humble roots as a farmer in Italy. He came to the U.S. with little education, but he’s had the pleasure of taking care of Congress and cabinet members, Secret Service personnel and even the vice president.

He has cut the hair of George H.W. Bush (“the old man Bush”) and Defense Secretary Melvin Laird, who used to come to Capitol Hill from the Pentagon for haircuts.

“They embraced me, and I owe to them [memories] I’ll cherish the rest of my life,” Quattrone said.

A self-described workaholic, Quattrone said he washed dishes for 35 cents an hour in Italy, paying $2 a week in rent. He was a janitor in Ohio; and he worked at a pizza shop and in construction in D.C. until a four-story fall injured his back. Then he went to barber school.

“And you know what? I says — ‘It’s here, I’m an American, I’m going to go after it and get it,’” he said. “I used to work two jobs for many, many years because I wanted (to be) better for me and better for my family. I wanted things that I didn’t have as a child.”

His journey as a barber took Quattrone from shops at the Pentagon and Andrews Air Force Base. His congressman from Ohio helped him land the job on Capitol Hill in 1971, when haircuts cost $0.75.

Quattrone shared a story about cutting Gerald Ford’s hair when he was the minority leader and when he became vice president and president.

Quattrone said Ford was kind and personable, and Quattrone’s wife was quite a fan of the then vice president.

“He says, ‘I ain’t got too much hair, take your time. Have your wife come up here.’ So I called my wife. She walked up over to the Capitol. As soon as she walked in — the vice president — he got up out of his chair to shake hands with her,” Quattrone said proudly.

Quattrone’s wife of 65 years died about a year-and-a-half ago — a couple of years after they bought a house in North Carolina to be able to retire near family.

He began choking up with his voice catching in his throat talking about his son, his “beautiful daughter-in-law and two beautiful grandchildren” who are 18 and 13 years old respectively.

“I’m going to move to North Carolina and we can all be together,” he said. “They love me to death. They can’t wait for me to go there.”

Four years ago, barber Jeff Suggs joined the Rayburn barber shop. Quattrone playfully refers to him as “a brother from a different mother.”

“When I met Joe, man, he greeted me with open arms and everybody was friendly and nice,” Suggs said. “Joe would give me the ins and outs of this place. How to treat people and what not to say and how to say [things].”

Quattrone said his co-workers and shop visitors are like a big family.

“You come in here and you feel like you got a family here. We take care of everybody,” he said. “That’s what makes the world go round and makes things better. Whoever comes in here — make them feel very important.”

Fellow Barber Veronica Baugh has worked with Quattrone for 12 years.

She’s learned a lot from the guy one stall over.

“I learned to be patient and care for people,” Baugh said. “You learn a lot from your clients. We are like counselors, you know, we give them advice, and they listen and we listen to them.”

Asked whether there was anything in particular he wanted to share, Quattrone emphasized feeling grateful and offered some advice.

“I tell everybody, keep your eyes open, your ears open, your mouth shut. If you want to get somewhere — then you can get anywhere you want to,” Quattrone said.

Greeting well-wishers who were stopping by for his last day of work on Capitol Hill Friday, Quattrone offered people plates of food and walked into the hall at one point to give a passing U.S. Capitol Police Officer a plate of food.

As for his immediate plans now, Quattrone said he had a little more stuff to pack into a trailer before hitting the road for North Carolina on Monday.