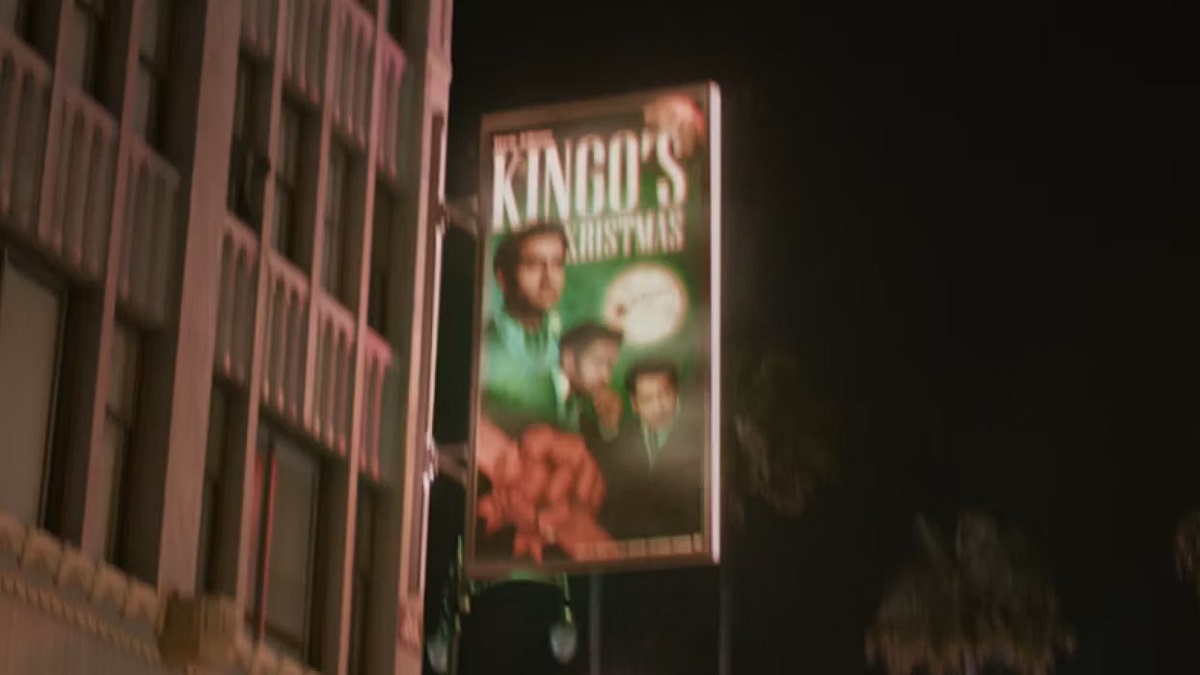 The Marvel Cinematic Universe continues to churn out more and more content at a near-unstoppable rate, but in amongst all the blockbuster feature films and Disney Plus shows, one question continues to rear its head more than almost all others; what about the Eternals?

Producer and franchise veteran Nate Moore confirmed there were plans to bring the characters back into the MCU mix, but he wouldn’t divulge details on the who, what, when, where, or why. Barry Keoghan would love to return as Druig but he hasn’t got a clue what’s going on, and neither does Kumail Nanjiani – who Keoghan regularly pesters for potential updates.

The future of the intergalactic immortals remains entirely shrouded in mystery, though, but James Gunn did at least throw fans a bone in The Guardians of the Galaxy Holiday Special. While Drax and Mantis are on their alcohol-fueled night on the town, we briefly see a billboard advertising Kingo’s Christmas, an in-canon festive flick starring the “latest generation” of the legendary Bollywood family.

It’s blink and you’ll miss it stuff, but it’s nonetheless a helpful reminder that the Eternals haven’t been completely swept under the rug. Gunn loves to drop Easter Eggs into virtually every project he makes, but the majority of them tend to pertain to his own work. Kingo obviously does not, so let’s hope we keep catching more glimpses of the alien interlopers as Phases Five and Six progress, because at the very least we deserve a handful of cameos peppered across the upcoming slate.

Why El Salvador’s Bukele Is Doubling Down on Bitcoin