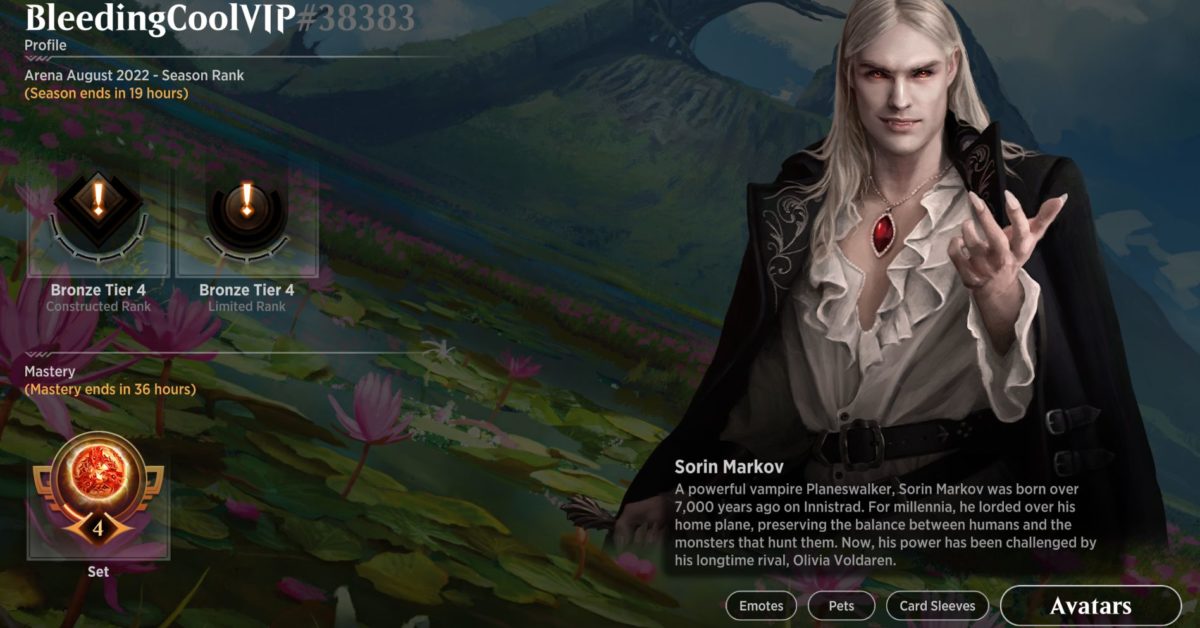 Hello, all players, collectors, and other fans of Magic: The Gathering, the premier collectible trading card game designed, developed, and produced by Wizards of the Coast! Yesterday, we were invited to attend the Early Access event for Dominaria United, the next upcoming Magic set, and of course, as we are wont to do, we attended! Here are some of the takeaways we got from attending this event on Magic Arena.

#1. Weatherlight Compleated Completes Us (And Others)

The first and most glaring thing that we got out of this event was that Weatherlight Compleated is going to be used a lot in Standard. It’s a hugely powerful artifact as it can scry for you for turns and turns, and then, after it’s gotten enough deaths on your side to animate, it’s a 5/5 flier. But that’s not even all! It is also going to draw off of all of your deaths a few casualties after that. This card is going to make a big splash in the format and likely others as well. This is evidenced by the sheer mass of copies of this card that we encountered during the event. In all maybe 20 games we played (cut short for display issues), maybe three-quarters of the decks we faced broadcast at least one copy of the card, often resulting in a game loss when we couldn’t deal with it properly. Of course, our own Weatherlight Aggro deck, shown below, did well with the card too.

Our second takeaway comes from our utilization of our Spellthief Midrange deck. Faced against so many Weatherlight Compleated Aggro decks and a ton of Bant or Domain Control decks (certainly a symptom of the mass of mana-fixed lands in Standard right now), Simic Midrange just couldn’t compete. What’s harder to swallow was the idea that, when given the opportunity to kick Vodalian Mindsinger, I wanted to cast a spell to buff the card (so I could steal a larger creature) but couldn’t. This was a bug but given that I reported it, it will soon be rectified if anything.

For the first time in what feels like forever, monocolor decks are showing their strength in Standard. Some of the worst losses we got using the Weatherlight Aggro deck we used in the middle of our stream came against Mono-Red Aggro (also known as Big Red amongst some of the players of the last decade). Dealing with the various copies of Defiler of Instinct paired with Reinforced Ronin bouncing itself every end step is brutal and it’s a darn good time. When we made our own monocolor deck, a Mono-White Weenie deck, we won quite a bit but the same result occurred against Big Red. This is a major sign of the aggressive decks to come this Standard season.

Are you excited for the upcoming Dominaria United set for Magic: The Gathering? Let us know your thoughts in the comments below, and be sure to update your client on Magic Arena on September 1st in order to update it with the new set!