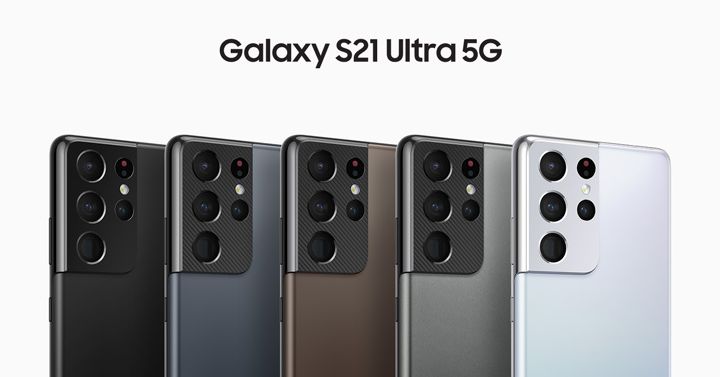 Samsung’s next top-of-the-line smartphone may come in brown, according to leaked marketing renders of the entire Galaxy S21 lineup shared by WinFuture writer Roland Quandt, and I have to say that it’s giving me some serious Microsoft Zune vibes.

The phone won’t just come in brown, though — it appears there are five colors planned for Samsung’s Galaxy S21 Ultra, including that brown, and you can see all of them at the top of this post and pictured below.

Other notable phones have been brown-ish. I’d argue that the gold iPhone 8’s aluminum could look like a very light brown in the right light, and the gold iPhone XS’s back has some brown tones. Samsung edged toward brown with the “Mystic Bronze” color offered on the Galaxy Z Flip 5G, the Galaxy Z Fold 2, and Galaxy Note 20 Ultra (though that color also has a lot of pink, in my eyes). But unlike those recent iPhones and Samsung phones, the S21 Ultra’s brown can’t be mistaken for a gold or a bronze — it’s a dark, earthy brown, and I kinda like it.

Samsung is also expected to announce two versions of the non-Ultra S21: the Galaxy S21 and a larger Galaxy S21 Plus. Each of those models will come in slightly different sets of colors, based on the renders shared by Quandt.

The S21 may come in four colors, including a white and a lighter black that seem to be S21 exclusives. (The white is my personal favorite of all of the phones.)

And it seems the larger S21 Plus could come in five colors, including a vibrant red, a darker black, and a blue-ish white that appear to be exclusive to the S21 Plus.

Colors aren’t the only things that have leaked about the S21 lineup, though — we’ve rounded up everything else we think we know about the phones (and a couple other products Samsung may announce on Thursday) right here.

Samsung’s next Unpacked event kicks off Thursday morning at 10AM ET, and The Verge will be covering all of the news from the show.