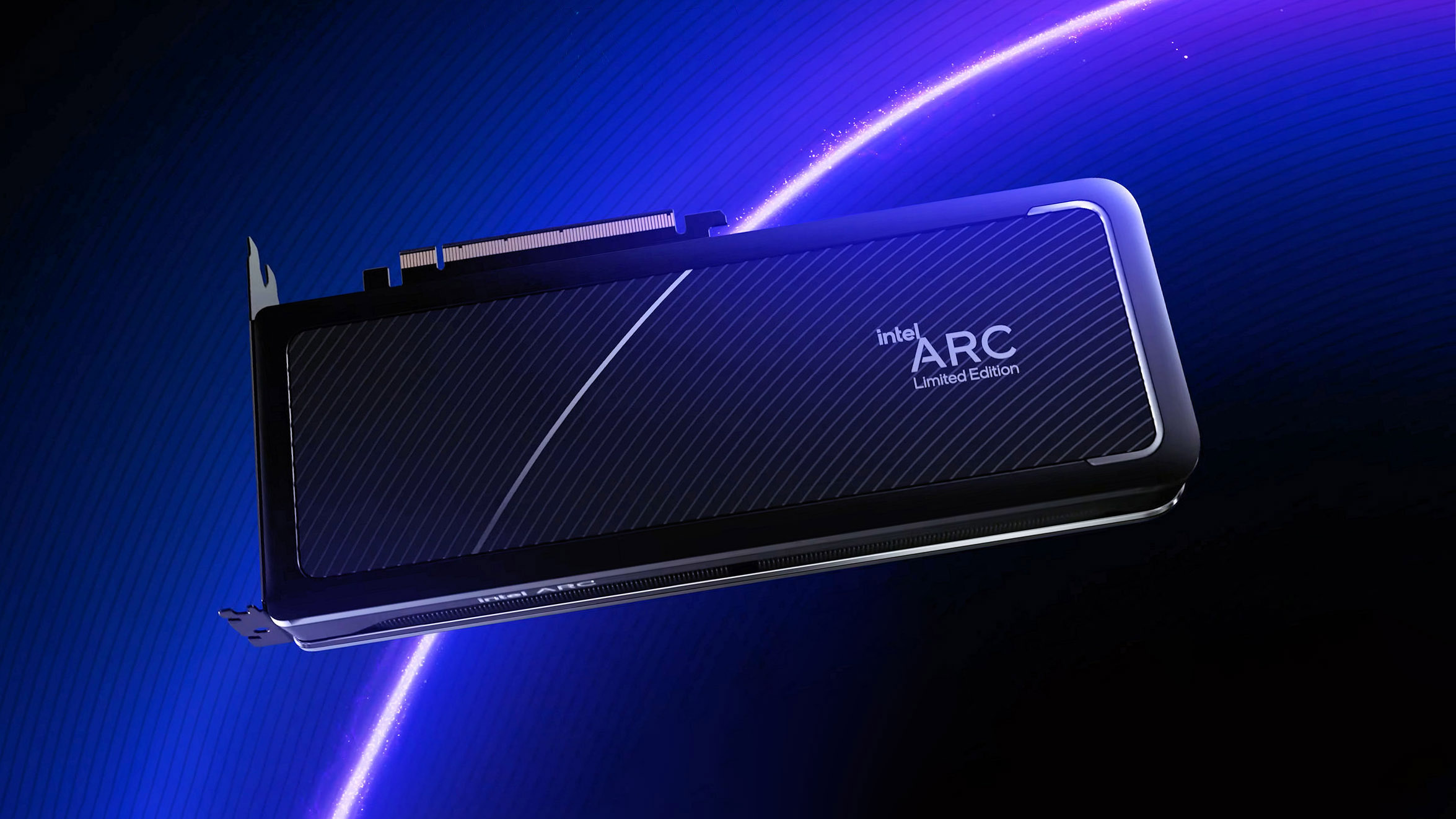 Intel Arc Alchemist has had a rocky road so far, filled with delays, software issues, and various other problems. Originally slated for a 2021 release, the lineup is still nowhere near a global launch, and we still don’t know when that’s going to happen.

Moore’s Law Is Dead talked about various leaked roadmaps that show just how badly delayed Intel Arc has been. New rumors imply that it might even be canceled. What exactly is happening to Intel Arc?

Despite the rocky start (if it can still be called a “start” almost a year later), Intel still hasn’t given up on Arc Alchemist. The company has now started releasing promotional videos, showing the GPU in a gaming setting and talking about its capabilities. Intel’s Ryan Shrout and Tom Petersen also joined Linus Tech Tips for a video that showed off the card’s performance and finally revealed just what Intel is trying to do here by talking about the so-called “tier list” of games and the card’s performance in those titles.

In short: Intel has a plan, but it seems that a lot of things can go wrong, and even more already have gone wrong.

The uphill climb of Intel Arc

Moore’s Law Is Dead highlights the development of Intel Arc, with leaked roadmaps that show what the initial plan was for the discrete GPU lineup. Intel targeted performance between the Nvidia GeForce RTX 3070 and RTX 3080, which we now know probably won’t be happening. Intel initially planned to launch the GPUs in 2021 and it has been a moving goalpost ever since. The Intel Graphics team consists of many brilliant experts, but for some reason, we still don’t have the finished product close to a year later.

Most recently, the global launch of Intel Arc desktop GPUs was allegedly planned to take place by the end of July. This was meant to include products for manufacturers, meaning pre-built PC makers, with DIY graphics cards to follow in August. As we now know, that didn’t happen. Some people have already gotten their hands on some of the better Arc GPUs, and the A380 has made its debut in China, but that’s it.

The same roadmap that implies a July launch for Intel Arc states that Intel was planning to release Intel Arctic Sound-M, a high-end workstation GPU lineup. The roadmap predicted a July 26 release date, and on July 28, Intel at least posted a sneak peek of Arctic Sound-M. This gives it credibility, but of course, any and all leaks should always be treated with a bit of skepticism.

The GPUs that were rumored to launch in July include the flagship Intel Arc A770 as well as the A750, A580, and A380. These aren’t all the graphics cards that we’ve heard about — there have also been sightings of an entry-level Arc A310. Intel has only confirmed the existence of the Arc A770 and Arc A750 limited edition GPUs as well as the Arc A380, the latter of which has also been released in a custom version made by Gunnir. If the roadmap is real, it’s clear that Intel missed the boat this time, too — there hasn’t been a global launch of these four cards, and an August launch doesn’t seem all too likely.

According to both Moore’s Law Is Dead and Wccftech, Intel’s board partners are also uncertain as to when the products will be hitting the shelves. Wccftech has contacted four different manufacturers and found that the product pages for custom versions of the Intel Arc A380 will be going live “in a few weeks,” but the availability of these cards seems uncertain.

Is Intel Arc Alchemist going to be canceled?

There’s no denying that things have been pretty rough for Intel Arc, and as such, Moore’s Law Is Dead talked about rumors of a possible cancellation of the range. To that end, it’s probably safe to assume that Intel won’t be giving up on a product that consumed so many resources over such a long time. Intel Arc will most likely live on, in some capacity, even past the first iteration of Arc Alchemist. However, there may be even more delays.

Intel Arc Alchemist was one day supposed to be replaced by Arc Battlemage and Arc Celestial. One of the roadmaps initially predicted the launch of DG3, the follow-up to DG2, as the fourth quarter of 2022. Meanwhile, Intel CEO Pat Gelsinger promised that the Arc A5 and Arc A7 desktop graphics cards will start shipping in the third quarter of 2022. This means that by the end of September, we should see the cards launch globally. Of course, this also strongly points to the next-gen Arc GPUs being majorly delayed, too.

It’s going to be hard for Intel to win any major market share with Intel Arc at this point. Both AMD and Nvidia will have much stronger GPUs up for grabs. Intel’s strategy, which it has described briefly in its appearance on Linus Tech Tips, is to remain competitive in terms of pricing. If Intel Arc ends up being really cheap, there will be people who will choose it over the tried-and-true solutions from AMD and Nvidia — but Intel still has to face various software issues that make the GPUs less competitive than they could be.

Intel may not be readying some of the market’s best GPUs, but it can still win some customers, and to that end, it’s trying its best. The videos drive up the hype and the appearance of a gaming bus at LANfest could be a fun way to finally launch the cards. Let’s hope the manufacturer can pick a firm release date and follow through this time around.