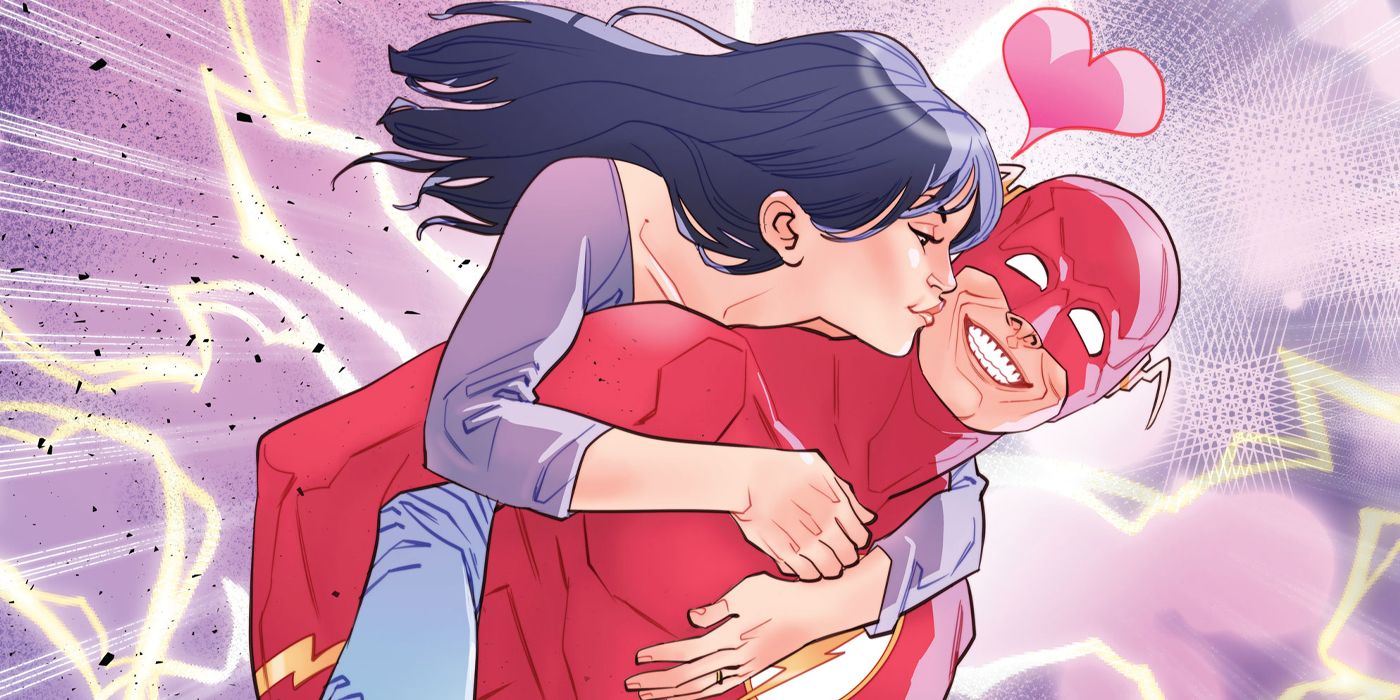 After several issues of The Flash, Wally West finally learns about a new development with his wife, Linda Park, and the two discuss their future.

The Flash Wally West has learned that his wife, Linda Park, is now a speedster like him.

A preview for The Flash 2022 Annual #1 by writer Jeremy Adams and artist Serg Acuña shows the couple having an overdue discussion about Linda’s new powers. Though Linda first displayed super-speed in The Flash #779, it wasn’t until six issues later with The Flash #785 that Wally actually learned of his wife’s abilities. While the conversation includes questions about how Linda became a speedster, it also sees the two contemplating what the change means for their future.

RELATED: In A Flash: 25 DC Speedsters Ranked From Slowest To Fastest

Wally is quick to suggest that Linda become a crime fighting superhero like himself, and even suggests that she take up the moniker of “Lightspeed,” a callback to the Flash Forward miniseries by writer Scott Lobdell and artist Brett Booth. During a mission to stop the Dark Multiverse in Flash Forward #4, Wally met an alternate Earth version of Linda, a speedster who used the superhero identity of Lightspeed (her name and super suit bearing a resemblance to the gold and white speedster August Heart aka Godspeed). The Flash Forward miniseries is actually the story that restored the West family to the DC Universe, featuring the return of Wally and Linda’s children, Jai and Irey, and causing Linda to remember who her husband was after she had forgotten.

However, Linda does not seem interested in becoming a superhero just yet, and is instead focused on becoming a published novelist. A pin is put in their conversation with Linda speeding off to a meeting for her new book, Best-Laid Plans, the novel’s cover artwork bearing dramatized appearances for both Linda and Wally. By the end of the preview, Wally begins reading his wife’s novel, praying out loud, “Please don’t be bad. Please don’t be bad.”

RELATED: Daredevil’s Latest Villain Is Taking A Page From The Flash’s Most Dangerous Enemy’s Playbook

Adams spoke to CBR in an exclusive interview about The Flash 2022 Annual #1, promising that the reason why Linda has superpowers will be revealed in the issue, which is just the beginning of her playing a larger role in The Flash ongoing series. “This was a chance to push her forward and make her a little more real for me, the book, and her family,” Adams said. “I want to put more attention on her and incorporate her in the adventures of the Flash going forward.”

RELATED: Dark Crisis On Infinite Earths Hints At The Creation of A Flash-Verse Team-Up

Aside from Linda’s new novel and super-speed, the preview also sees Iron Heights Penitentiary Warden Gregory Wolfe announcing his candidacy for Central City Mayor. Revealed by DC’s Nov. 2022 solicitations (specifically details for The Flash #788), Wolfe’s mayoral status will see the return of the Rogues — some of the Flash’s main villains — and deputize them to hunt the speedster down for the law.

The Flash 2022 Annual #1 is written by Adams with art by Acuña, colors by Matt Herms, letters by AW’s Justin Birch and main cover art by Marguerite Sauvage. The issue goes on sale Aug. 30 from DC Comics.