The Flash’s Newest Rogue Is a Pro-Wrestling Alien 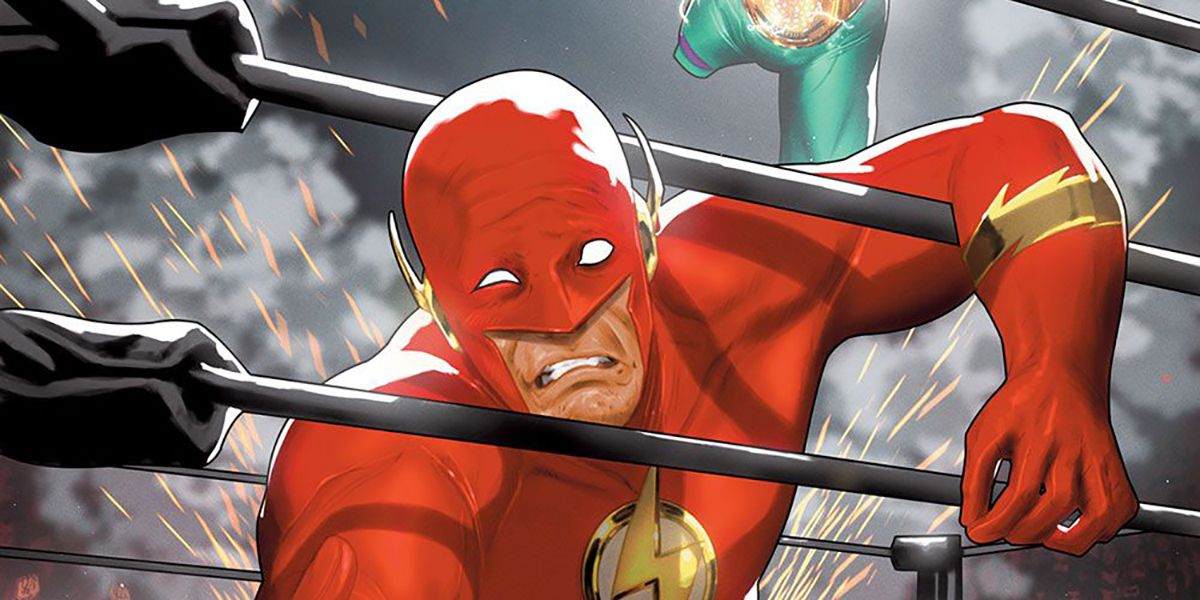 Solicitation information for The Flash #787, by Jeremy Adams, Fernando Pasarin and Matt Ryan, teases Wally West facing off against a wrestling alien.

Wally West will be taking on a new pro-wrestling alien in an upcoming issue of The Flash.

According to solicitation information released by DC Comics for the titles that the publisher will be putting out in October, The Flash #787 sees West returning from rescuing his mentor, Barry Allen, only to have to contend with an alien with “a penchant for golden belts and trucker hair.” There are also references to wrestling movies and the WWE/WWF’s Attitude Era. The book will be written by Jeremy Adams and illustrated by Fernando Pasarin and Matt Ryan. You can read the solicitation information for The Flash #787 below and see the three covers for the book, which are by Taurin Clarke, George Kambadais and Ejikure.

RELATED: Even Bart Allen Doesn’t Know Who the Best Flash Is Anymore

The original version of The Flash, Jay Garrick, was created by Gardner Fox and Harry Lampert, having made his first appearance in 1940’s Flash Comics #1. Several different people have held the mantle of The Flash over the years, though, with the two most prominent being Allen and West. The latter of those two, who was created by John Broome and Carmine Infantino, debuted in 1959’s The Flash #110 as Kid Flash. However, following Allen’s apparent death during the Crisis on Infinite Earths event in the ’80s, West took up his mentor’s mantle, which he held for several decades. While the origins of their powers and the exact extent of them varies, those who hold the mantle of The Flash are best known for their super-speed.

The current arc of The Flash, “The Search for Barry Allen,” is a tie-in to the ongoing Dark Crisis on Infinite Earths event, which itself spins out of the apparent death of the Justice League at the hands of Pariah and the Great Darkness. The storyline sees West and his allies looking for Allen, who disappeared prior to Pariah’s attack on the Justice League.