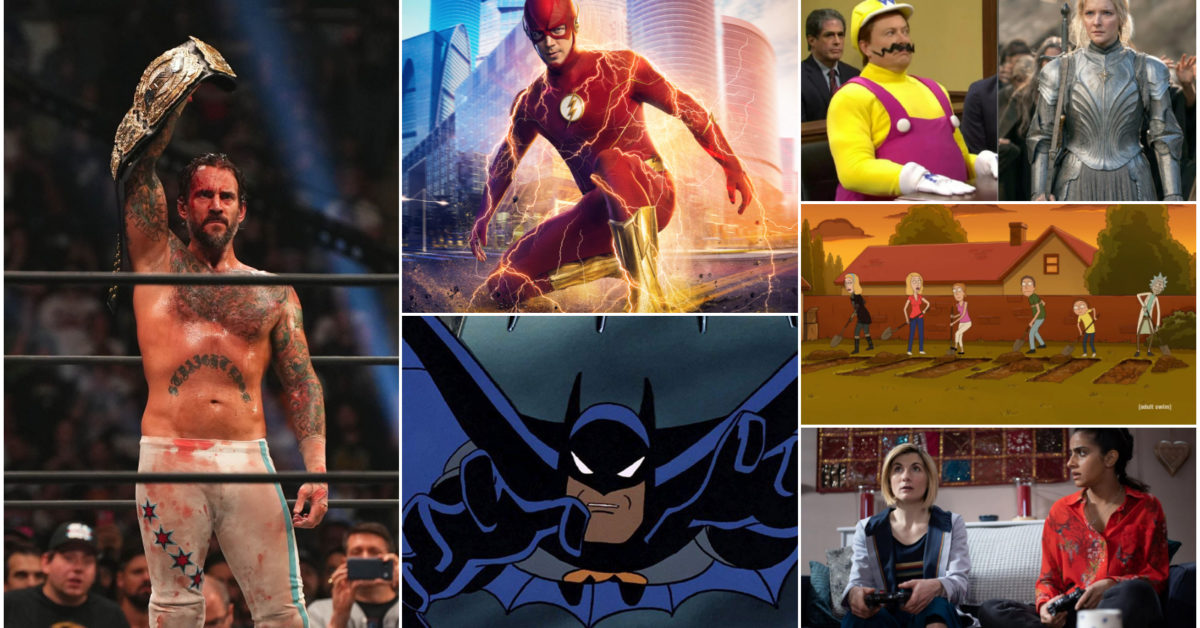 Gimmie that/Gimmie that, your automobile/Turn off that smokestack/And that goddamn radio/Hum along with me/Along with the TV… and the BCTV Daily Dispatch! With respect to Jane’s Addiction for “Stop!” as our opening “long-distance dedication,” welcome back to Bleeding Cool TV’s “big tent” look at what we’ve been doing for the past 24 hours that you might’ve missed or might want to check out again. We’re talking about everything from news and reviews to interviews and opinion pieces- all for your television-obsessed enjoyment. Our line-up for this morning includes a wide range of topics… including Elon Musk continuing to call into question that whole “genius” thing folks want to label him as… this time, about Amazon’s The Lord of the Ring: The Rings of Power; The CW’s The Flash star Grant Gustin starts Season 9 training; AEW’s CM Punk continues making friends & influencing people; Batman: The Animated Series turning 30; Adult Swim’s Rick and Morty team unpacks the Season 6 opener, and the BBC reminds us of all the Doctor (Jodie Whittaker)/Yaz (Mandip Gill) possibilities wasted throughout Doctor Who: Flux.

Now here’s a look at your BCTV Daily Dispatch for Tuesday, September 6, 2022:

Saturday Night Live: So Who’s YOUR Most Underrated SNL Member Ever?

WWE Raw: The Miz to Challenge Bobby Lashley for US Title in Steel Cage

CM Punk, Elite Reportedly Involved in Altercation After All Out

Batman: The Animated Series at 30: The Show That Redefined Animation

Rick and Morty: Gods of War? Unpacking What We Learned in “Solaricks”

The Lord of the Rings: TROP: Córdova on Facing Post-Casting Fan Racism

Doctor Who: Flux Found Ways to Waste So Many Doctor/Yaz Possibilities

CM Punk Unleashes on Colt Cabana, Adam Page in All Out Media Scrum

Suppose a Kid from the Last Dungeon Boonies Moved to a Starter Town – Pre-registration Begin.