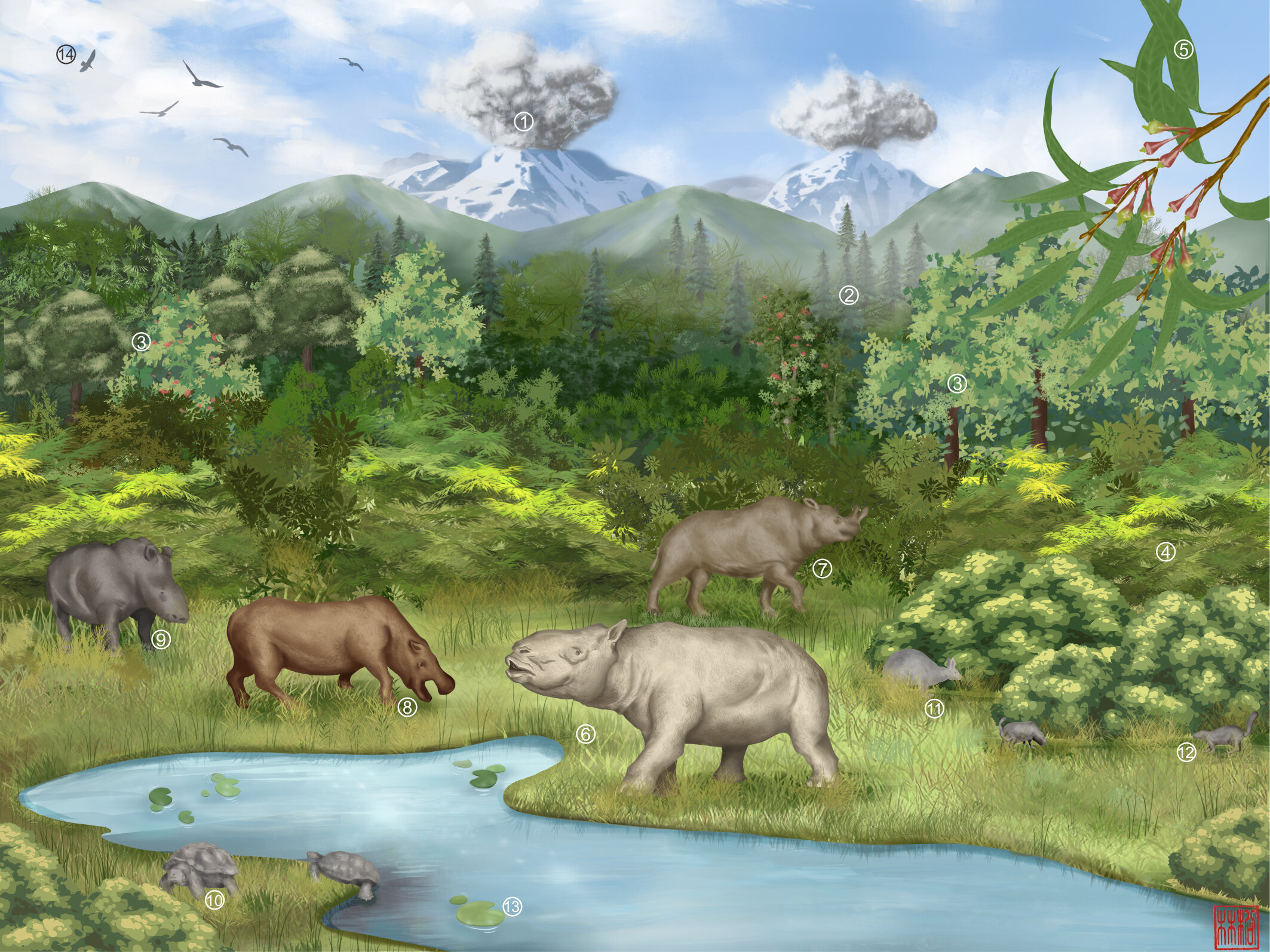 Today East Asia, and in particular the Hengduan Mountains and other parts of southwestern China, hosts several of Earth’s great biodiversity “hotspots.” A biodiversity hotspot is where very large numbers of unique species are under threat of extinction, and so are conservation priority areas. However, to understand how best to look after this diversity we need to understand what created it and how it has been maintained before human threats.

“The rise of eastern Tibet played a key role in changing the climate of the East Asia, triggering the Asian monsoon and the globally significant regional biotic assembly and renewal,” said prof. Lin Ding, the corresponding author of the paper recently published in Science Bulletin.

The climate of East Asia today is dominated by the Asian monsoon system that typically delivers large amounts of rainfall in the summer, but winters are dry. This system is in large part a product of a high Tibetan Plateau, which until recently was thought to have risen as simple uplift of the entire area, possibly within the last 10 million years.

We now know, however, that this simplistic view is false and that between 50 and 38 million years ago, long before the rise of the plateau or the Himalaya, the Tibetan region had two east-west mountain chains bounding a large central valley hosting its own distinctive subtropical ecosystem.

New research from a China-UK team led by the State Key Laboratory of Tibetan Plateau Earth System, Environment and Resources, Institute of Tibetan Plateau Research, Chinese Academy of Sciences has shown that between 50 and 34 million years ago the eastern end of this valley rose from a low elevation of around 600 meters above sea level to near its present elevation above 3500 meters, and in so doing transformed the area of southwestern China from a hot-dry desert to one hosting a lush forest.

This rapid rise, shown by analyses of isotopes and several rich fossil deposits, transformed regional air flows and initially produced a winter-wet monsoon quite distinct from any we see in Asia today.

By using computer models the team also show that monsoon evolution was tied strongly to the changing landscape. The presence of a high eastern Tibet increased rainfall across the whole of East Asia and laid the foundation for one of the most important biodiversity hotspots on Earth. The exquisite fossil assemblages preserved between 45 and 40 million years ago in eastern Tibet indicate that the area’s distinctive biodiversity is very old. This great antiquity makes it even more precious and worth conserving.

The modeling also shows that the Asian monsoon as we know it today did not suddenly appear as one part of Tibet, or as a whole, became a plateau, but evolved gradually, changing its characteristics as the mountains and valleys of the region transformed into the landscape we see today.

“By understanding how landscape has changed the monsoon we can better understand just how sensitive the monsoon is likely to be in the future to other factors such as global climate change, and how that may affect biodiversity and ecosystem function,” Prof. Robert A. Spicer says.

“The integration of accurate radiometric dating, isotope geochemistry, paleontology and state of the art climate modeling means that for the first time we can begin to understand the complex links between the development of the Asian monsoon system and biodiversity in way that are impossible using simple interpretations of individual pieces of data,” said Songlin He, the first author on the new work.

Check Out the Brand New Trailer for Avatar: The Way of Water