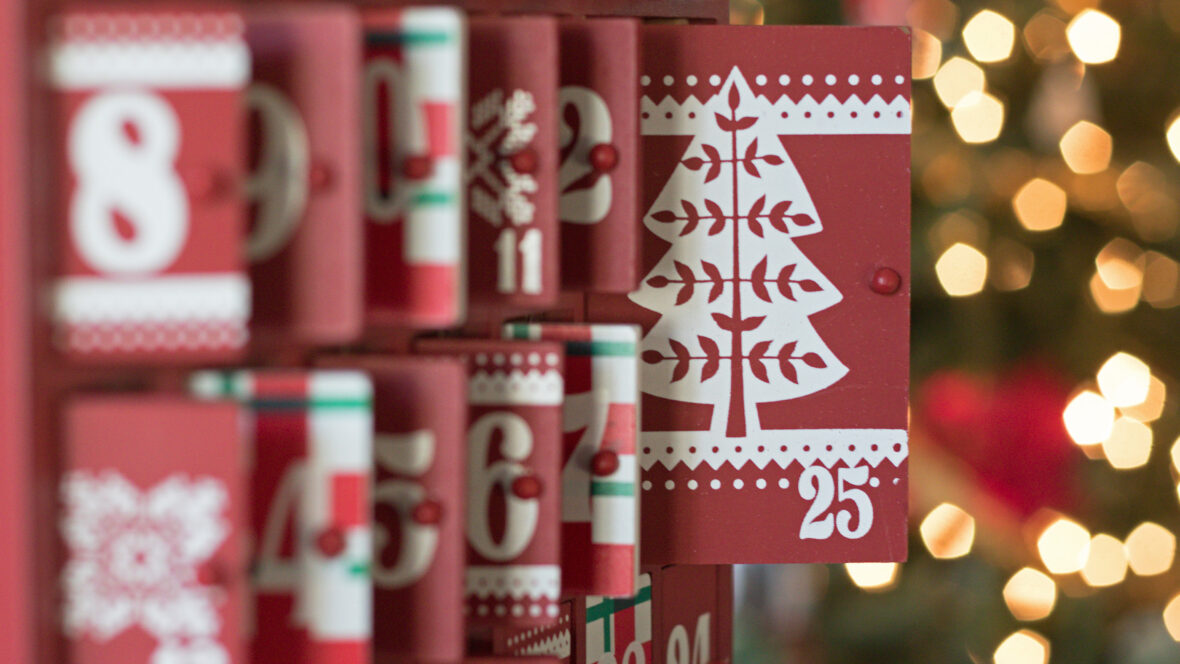 It’s getting very close to Christmas. In normal years, adults will mentally tick off the days with equal parts anticipation and dread, looking forward to the event while inwardly panicking about having the right food and presents. But for children, each day brings an increasing amount of excitement, heightened every morning with the opening of the latest window of an advent calendar.

For over a century, children have been peeling back the small pieces of card to see which seasonal picture it reveals. It’s a tradition that millions love and, despite the availability of Advent calendars made of wood, fabric and other materials, by far the most popular form is paper and cardboard.

The history of the Advent calendar

Like many Christmas traditions, the advent calendar has its roots in Germany. In the early-19th Century, many German families would mark the beginning of the Advent season by placing a lit candle of a religious image in a window. But it wasn’t until the early-20th Century that the first printed calendars were made.

As a boy, Gerhard Lang would have a cardboard box made by his mother, which had 24 ‘wibele’ (small biscuits) sewn into the lid, and he would be allowed to one biscuit each day in the run-up to Christmas. Lang grew up to run the Reichhold & Lang printing company where he printed the first Advent cardboard calendar with 24 little pictures. He later added doors to his design and, in the mid-1920s, chocolates.

The basic Advent calendar hasn’t changed much since Gerhard Lang printed the first in 1908, but what has changed is how brands and retailers have pounced on the format to create increasingly complex packages for a vast range of products, from makeup and beauty products to alcohol miniatures and even jewellery.

In a 2019 survey, YouGov found that 49% of Britons were planning to treat themselves to a luxury Advent calendar, with 6% opting for alcohol. The opening up of the Advent calendar market to adults has created a need for packaging that not only protects the goods inside, but also makes it easy to get the product out without ruining the rest of the package.

Here, cardboard is a fantastic choice, its ability to protect, be easily printed upon, form complex shapes, and stay strong even when perforated make it the most widely used material in this rapidly expanding sector. The fact that it’s highly sustainable is a significant advantage for both businesses and consumers alike.

Currently, one of the few disadvantages of Advent calendar packaging is the amount of plastic used to separate the products. But with the international confectionary and snack brand Mondelez International pledging to remove the plastic trays from festive selection boxes in the UK and Ireland, it seems the days of festive plastic packaging are numbered.

As part of its commitment to reducing its environmental impact, the owners of the Cadbury brand has taken out the equivalent of 33 tonnes of plastic from its adult selection boxes this Christmas. Mondelez International has also committed to sourcing all of its paper-based packaging sustainably by 2020, and making all of its packaging recyclable by 2025.

So as you open the last window on your Advent calendar on Christmas Eve or tear open your selection box on Christmas Day, consider the amount of single-use plastic in the packaging – it may be the last year you see it.

130 Faith Quotes That Will Make You Feel Powerful