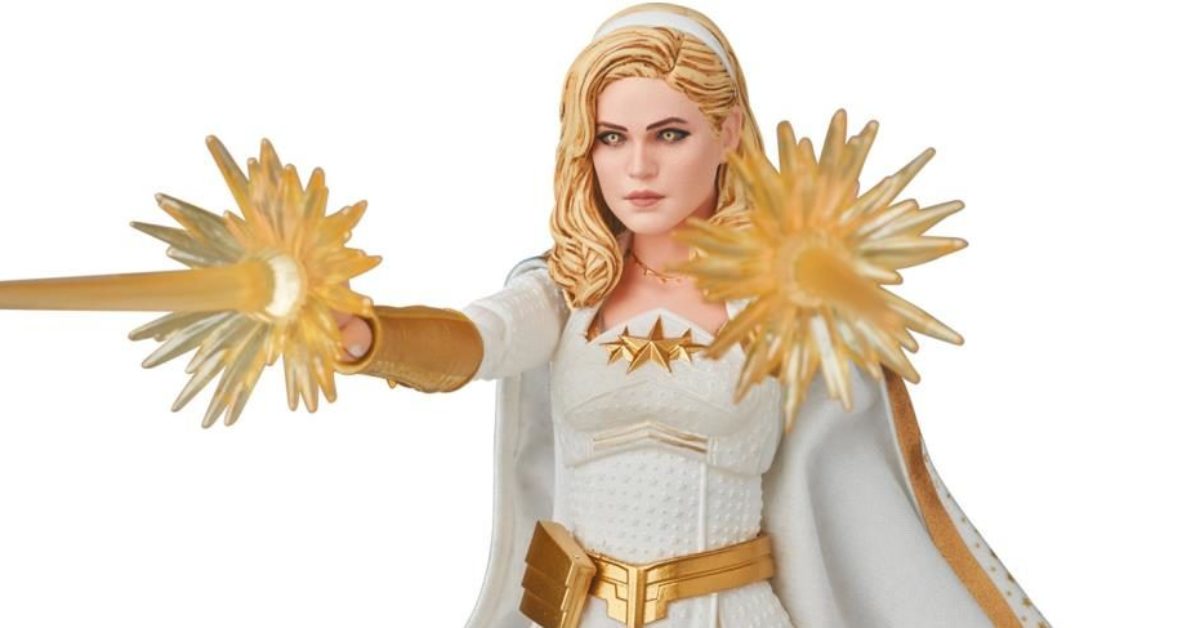 The Boys have easily changed up the superhero game as the hit Amazon Prime series has easily taken the world by storm. The show is an adaptation of the comic series, with some new-for-TV storylines, which is fine. The Boys is a darker superhero than what we usually see with violence, nudity, and plenty of gore. Besides the incredible story, the characters are what made this series stand out, with each carrying their own weird baggage. You would expect that a popular show like this would have plenty of collectibles, but oddly enough, no, and we didn’t really start to see any until after The Boys Season 2. We are finally starting to get more from Funko, NECA, and Medicom with their MAFEX line. A new figure has been revealed as Starlight is ready to take down the Seven from the inside if she can.

Starlight marks the third The Boy figure to release from Medicom, with Homelander and Billy Pitcher already revealed. Starlight will feature her Ian superhero costume with a nicely detailed fabric cape. Three heads are included for Starlight allowing fans to display her with standard, smiling, and light power activated expressions. For accessories, The Boy MAFEX will include a variety of swappable hands, as well as some light effects and a microphone. Starlight will make a fine new addition to The Boys MAFEX line and expect more members of The Seven arrive in the future. The MAFXE No.187 Starlight figure is priced at $109.99, set for a July 2023 release, and pre-orders are found here.

“From the smash hit show The Boys comes the heroic Starlight in MAFEX form! Highly detailed, beautiful hero comes with a multitude of accessories to recreate your favorite scenes from the series or create your own superhero scenes! Order yours today!”

Multihulls and the 2021 ARC – XS Sailing