The Best Blockbuster of 2022 Makes Oscars History, but That Isn’t Good Enough for Its Fans 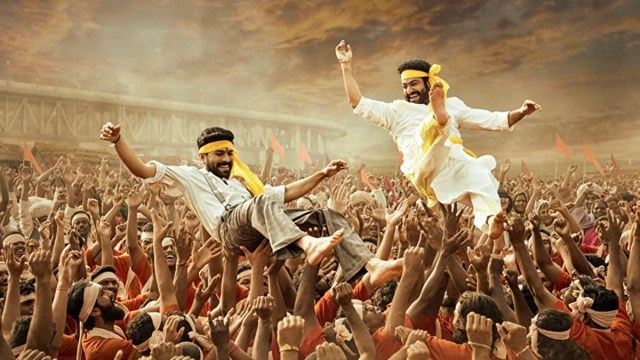 The song, “Naatu Naatu” apparently was so infectious it made Academy members “want to put on their dancing shoes” according to Variety, which is no surprise given the global fame this song has received with over 116 million views on YouTube currently. The choreography for the piece is superb, showing off the skill and stamina of stars Rahul Sipligunj and Kaala Bhairava as they outdance the wealthy British colonists at a rather “elite” soiree.

It isn’t just the song that has people crazy for the film, as it has become one of the biggest global blockbusters and most talked-about offerings of 2022. Many feel that this film had so much more to offer than just the fantastic song though, and was hoping that it could have even been nominated for Best Picture, feeling that it was snubbed in this category. The film had been put forward for Best Picture, Best Director, Best Original Screenplay amongst others, and of course Best Original Song, the only category it has actually found itself nominated for.

Prior to the nominations being announced many were manifesting that the film would find itself in that category.

Some had it down for a lot more categories, and given that it is cinematically stunning it is a shame it wasn’t nominated for Best Cinematography.

Of course, this didn’t happen, with RRR only earning itself the one nomination, leaving them feeling like the Academy did them dirty.

This user believes that without RRR being there all the other nominations become moot.

Some feel that this only further cements their belief that the awards aren’t worth watchin.

Fans really do feel like this was a huge snub.

Though there is disappointment here, the film has already made history at the Oscars and may continue to do so if it ends up winning its one nomination.

Many will have their fingers crossed for the film come Academy Awards night in the hope that RRR will nab the Oscar for Best Original Song, bringing further praise and awareness to the film, and all those involved in its creation.

LDV to launch new van in Australia this year