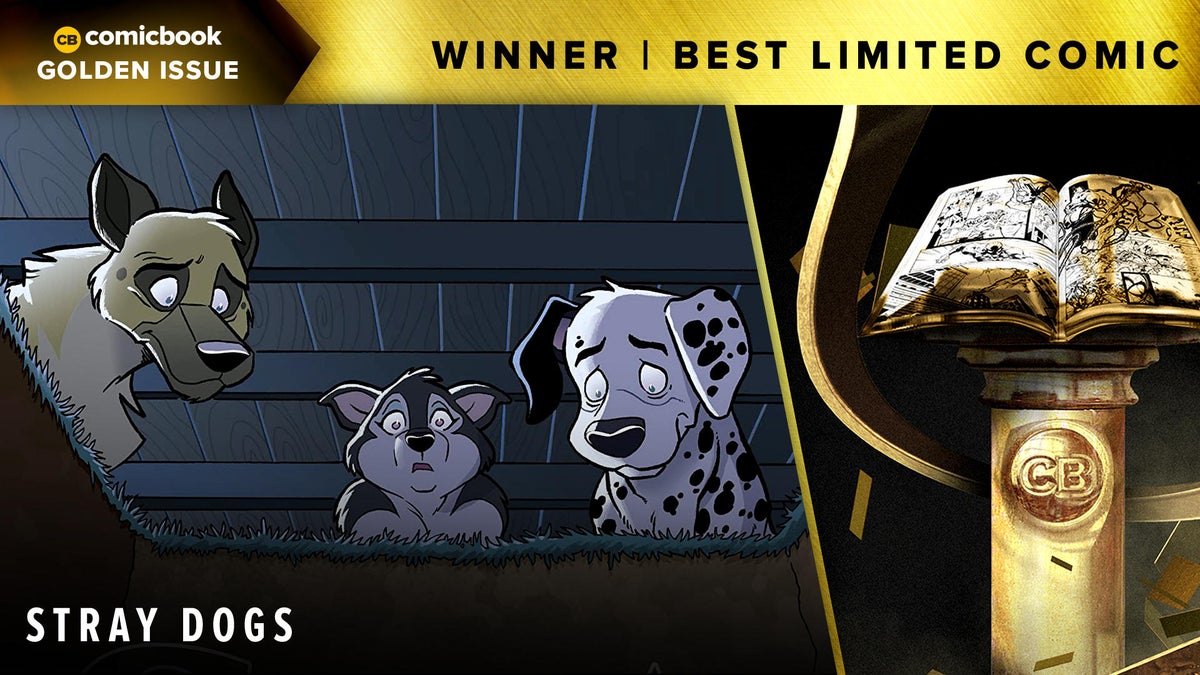 We’re back announcing the the annual ComicBook.com Golden Issue Awards! Every year our staff here at ComicBook.com meticulously combs through all of the media that we’ve covered over the year and looks back at what ended up being the best from what comics, movies, television, anime, and video games had to offer throughout the year.

Right now we’re going to our roots and our namesake, looking at the at the award for Best Limited Series in 2021 and the five nominees that we had this year don’t even scratch the surface of all the good comics that came out this year. Earlier this month we narrowed down the titles to just five including Far Sector from DC, The Many Deaths of Laila Starr from BOOM! Studios, The Other History of the DC Universe from DC, Soul Plumber from DC, and Stray Dogs from Image Comics. Sadly there can only be one champion here.

And the winner of the 2021 ComicBook.com Golden Issue Award for Best Limited Series is…

It’s quite common in comics for a new series to do a mash-up, a high-concept take that smashes two things together. The Hulk through a horror lens gets you The Immortal Hulk, vast time-travel epic and Amblin-style storytelling gets you Paper Girls, and the like. Where Stray Dogs stands apart from the rest are the things that it puts together, think Pixar meets Zodiac, think Homeward Bound meets Prisoners, or as the comic itself describes it, Lady and the Tramp meets Silence of the Lambs. This pairing shouldn’t work, but it does, and it’s tremendous.

Series writer Tony Fleecs has crafted a world that carries two sides of a coin, on one the adorable world of talking animals that are friendly with one another, eager for pets and food, and loyal to their masters, with a secondary world that focuses on the methodology and means of men that kill women. Fleecs makes this work from a narrative sense by putting the entire perspective of the story from the dogs that inhabit it, living in their minds and giving us the rules of what it’s like to perceive the world as a pet, and how that perception can be effected by murder. Every issue is a gut punch in a new way.

Fortsner’s artwork makes this balancing act work, making sure that the dog-heavy beats of the story that have little serial killer talk feel like a cute moment from Oliver and Company or the like, while making sure to enhance the horrific moments with indicators that this innately human act has repercussions with the dogs as well. There’s also the larger elements of a crime story like this that we take for granted as humans, tropes of the narrative that are given a fresh wrinkle because it’s dogs experiencing it all and without the words to express these emotions. Fleecs’ story and Fortsner’s illustrations are the ultimate pairing, elevating all these elements together.

We’d also be remiss if we didn’t highlight the tremendous variant covers that pay tribute to horror films but feature the cute pups of the series. Over the first five issues we got variants based on Pet Sematary, Annabelle, Lucio Fulci’s Demons, Friday the 13th (1980), and, naturally, The Silence of the Lambs.

Stray Dogs offers a mystery story like no other, a tale that is immediately relatable to readers due to everyone already humanizing our pets as our friends. There’s always something to keep you on your toes here and I’m not sure something else will out-do it in the next year, except for the next volume.

Congrats to the team behind Stray Dogs on their Golden Issue Awards win!

The nominees for Best Limited Comic Series are: