The 10 Most Important Health Breakthroughs You Missed During the Pandemic 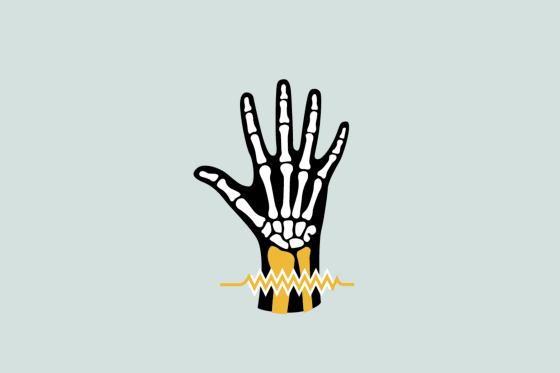 While most eyes were on COVID-19, researchers have also made groundbreaking advancements in other fields. Here’s a look.

The other big vaccine news

Public-health officials have long sought a vaccine against malaria, which infects up to 600 million people a year and kills 400,000, mostly children. This year, there was dramatic prog­ress toward that goal. In a study of 450 children in Burkina Faso, published in the Lancet in April, researchers reported that a new malaria vaccine, called R21, is 77% effective—just clearing the World Health Organization’s 75% efficacy standard.

However, the sample group was comparatively small, and while the subjects were followed for 12 months, malaria is active in Burkina Faso for only about six months out of the year, making it unclear if the disease’s half-year absence was partly responsible for the study’s promising results. Investigators working for a multicenter international team including the University of Oxford plan to follow the initial sample group for at least another year and will conduct other trials in countries where malaria is active year-round, while also working to improve the shot so it triggers a more effective immune response.

‘A Year Full of Emotions.’ What Kids Learned From the…

What We Learned About Genetic Sequencing During COVID-19…

In summer 2020, a team of 16 surgeons and 80 operating-room staffers at NYU Langone Health performed the world’s first successful face and double hand transplant, completing the procedure in just 23 hours. Speed is essential in transplant surgery, because the sooner donor tissue is connected to the recipient’s vascular system, the less time it is denied a blood supply.

The recipient was 22-year-old Joe DiMeo of Clark, N.J., who suffered third-degree burns over 80% of his body in a 2018 car accident. His finger­tips had to be amputated, and damage to his face was so extensive that he was left without lips or eyelids—even after 20 reconstructive surgeries. In 2019, DiMeo was listed as a possible transplant recipient; 10 months later, a suitable face-and-hands donor was located. Only two other face-and-hand transplants have been attempted: in the first, the recipient died of complications from the surgery; in the second, the hands had to be amputated because of infection. Advanced computer modeling helped the surgeons plan the latest transplant, and 3-D cutting guides assisted in sawing and aligning bones, as well as properly position the plates used to attach the donor tissue. More than nine months postsurgery, DiMeo continues to recover—and thrive.

An obesity drug that actually works

A study published in March in the New England Journal of Medicine showed that the drug semaglutide—typically administered to treat Type 2 diabetes—can have powerful weight-loss effects. A sample group of 1,961 people with a body mass index of 30 or greater (the level considered “obese,” though the scale has been criticized for overgeneralizing) were given either a weekly dose of 2.4 mg of semaglutide (the average weekly dose for diabetes treatment is 1 mg) or a placebo, coupled with lifestyle intervention like diet and exercise. At the end of a 68-week trial period, the semaglutide group lost an average of 14.9% of their body weight compared with 2.4% for the placebo group.

A clear connection between sleep and dementia

Poor sleep duration has long been thought to be associated with Alzheimer’s disease and other neurodegenerative conditions, but the cause-and-effect asciation is hard to establish, and studies typically don’t run past 10 years or so, making it hard to track how sleep patterns play out over decades. In a robust study published in April in Nature Communications, a sample group of 7,959 people had their health and sleep patterns tracked throughout their 50s, 60s and 70s. The results were striking: those who slept six hours or less per night had a 30% higher risk of developing dementia than those who slept seven hours. While depression and other mental-health disorders are thought to have a role in changes in sleep duration and increasing dementia risks, the investigators corrected for those variables and did not find them to be relevant in their findings. They also ruled out sociodemographic and cardiometabolic factors. Though the investigators did not say with certainty which mechanism connects short sleep cycles to the onset of dementia, they speculated that lack of sufficient sleep can be associated with neuroinflammation, atherosclerosis and poor clearance of amyloid protein—which makes up Alz­heimer’s plaques—from the body.

Polio kicked out of Africa

As recently as the 1990s, an estimated 75,000 children in Africa were paralyzed by polio each year. Last year, Nigeria—the last country on the continent to have reported a case of wild polio—was declared clear of the disease, making Africa as a whole polio-free. The breakthrough was a result of the Kick Polio Out of Africa campaign launched in 1996 by Rotary International in collaboration with groups including UNICEF, the World Health Organization, the U.S. Centers for Disease Control and Prevention, and others. Polio, which in 1988 was endemic in 125 countries around the world, has now been eliminated in all but just two of them: Afghanistan, where there were 56 cases of wild polio in 2020; and Pakistan, where there were 84.

Over the past year, psychoactives that had been mostly used as recreational drugs started really establishing themselves as frontline mental-health treatments. In an April study, published in the New England Journal of Medicine, 59 patients with depression were divided into two groups: one received psilocybin (a.k.a. psychedelic mushrooms); the other received escitalopram (a selective serotonin reuptake inhibitor and a smaller dose of psilocybin). Both had therapy alongside the treatment. At the end of the six-week study period, those in the psilocybin group performed better on a self-rating depression survey than those receiving the escitalopram—though the difference was just shy of statistical significance. In an unrelated Nature Medicine study published in May, 90 people suffering from PTSD were similarly divided into two groups, one of which received three doses of MDMA—the active ingredient in ecstacy—plus talk therapy. The other received the therapy and a placebo. The conclusion: 67% of the people who had taken MDMA no longer met the criteria for a PTSD diagnosis, compared with 32% of the placebo group. Multiple startups—including Canada-based Cybin and U.K.-based Compass Pathways—are working to commercialize the use of psychoactives for therapeutic purposes.

In an April study published in the journal Cell, professor Juan Carlos Izpisua Belmonte created an embryonic chimera that combined human and nonhuman primate cells, designed for research purposes only, and unable to advance beyond the embryonic stage. The research has two purposes. The first is to study the process known as gastrulation—the point two weeks after conception when embryonic cells begin to differentiate into the body’s more than 200 cell types. The second goal is to help scientists develop better systems for growing tissues and organs—intended for transplantation into humans—in other animals, including pig embryos, which are less ethically controversial and more accessible.

A gut check on Alzheimer’s risk

It’s no secret that the human microbiome has a profound effect on overall health. Now research has gone further than ever before to establish that the trillions of bacteria and other microorganisms that live in the gut play a role in one of the most devastating illnesses of all: Alzheimer’s disease. In a study led by researchers at the Istituto Centro San Giovanni di Dio Fatebenefratelli in Italy, investigators looked at lipopolysaccharides, proteins on the membranes of gut bacteria that cause inflammation, as well as at certain short-chain fatty acids, some of which have neuroprotective effects. Using PET scans and blood tests of 89 people ages 65 to 85, the researchers found a higher incidence of amyloid plaques in the brains of those with higher levels of lipopolysaccharides and the bad fatty acids in their blood—and thus in their gut bacteria. Fewer plaques were found in those with the protective fatty acids. The findings point to the possibility of microbiota manipulation as a preventive for Alzheimer’s.

For blood-cancer patients who are not responding to chemotherapy, a bone-marrow transplant is sometimes an option. For one such patient in the U.K., the transplant proved to be a treatment for a second disease, too: HIV/AIDS. The patient received marrow from a donor who had a mutation in the CCR5 gene, which prevents HIV from effectively binding to cells. After the transplant, circulating HIV disappeared from the formerly positive patient’s blood. What’s more, 18 months after the patient stopped using antiretroviral medications, the virus had not yet reappeared. However, the doctors involved stress that such transplants can carry more risk than simply staying on retroviral medications.

Stopping dengue at the source

Dengue fever has had a free ride for too long. There is no effective vaccine or therapeutic against the mosquito-borne disease, which infects 50 million people per year—and in a warming planet, the dengue-carrying Aedes aegypti mosquitoes’ range is spreading to include regions that typically had a low incidence of the disease. But a study led by the World Mosquito Program in the Indonesian city of Yogyakarta and released in August 2020 may point to a solution: infect the insects with another pathogen—the Wolbachia bacterium—which prevents Aedes aegypti from spreading dengue when they bite humans. In the 27-month trial, Wolbachia-infected mosquitoes were released across Yogyakarta, and the result was a 77% reduction in dengue incidence. The benefits of the strategy can be self-sustaining, because Wolbachia-infected mosquitoes can spread the bacterium via their eggs when they reproduce. Investigators believe the strategy may also be effective in preventing other mosquito-borne viral diseases, including Zika, chikungunya and yellow fever.

Denial of responsibility! My droll is an automatic aggregator of the all world’s media. In each content, the hyperlink to the primary source is specified. All trademarks belong to their rightful owners, all materials to their authors. If you are the owner of the content and do not want us to publish your materials, please contact us by email – [email protected]. The content will be deleted within 24 hours.
Covid-19featureinnovationMagazine
0
Share

Nintendo’s Virtual Boy consoles goes handheld thanks to a modder