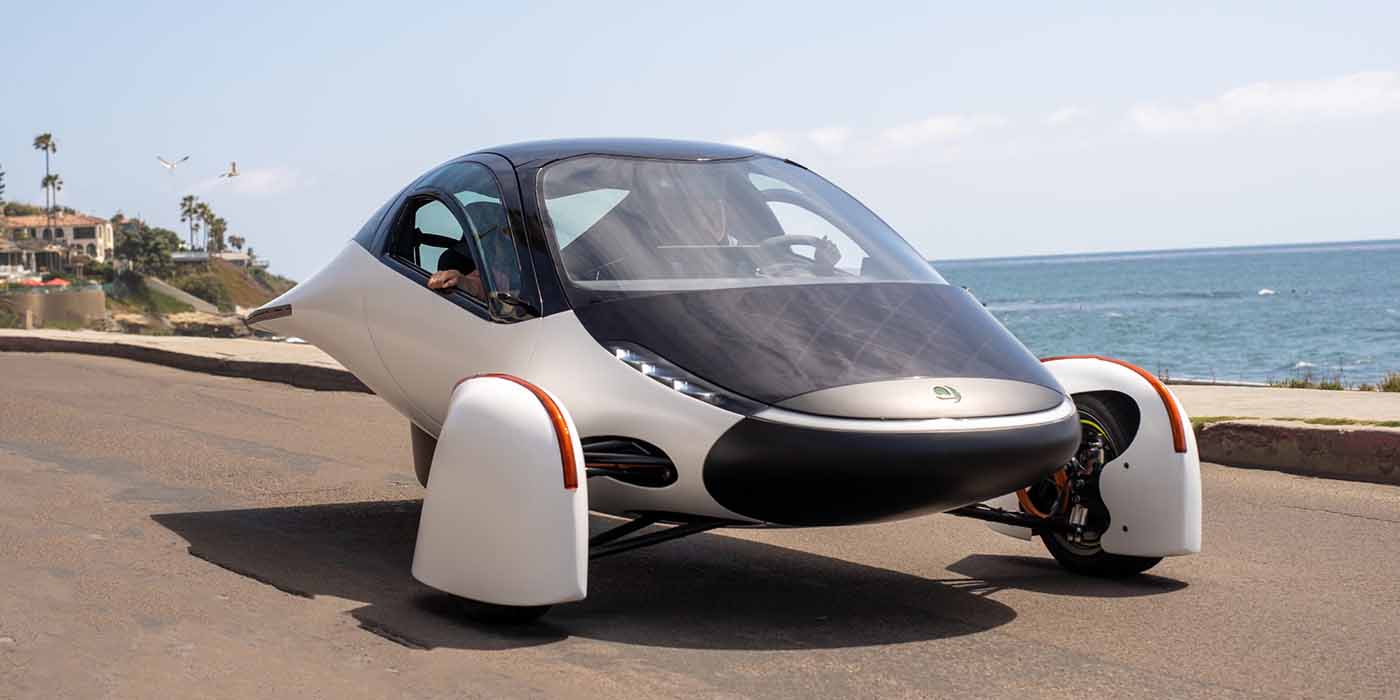 Aptera has confirmed that it plans to use Tesla’s charge connector, now known as the North American Charging Standard (NACS), in its upcoming solar electric car.

Earlier this month, Tesla surprised many by announcing that it is opening its EV charge connector in the hope of making it the new standard in North America.

At the time, we reported that Aptera might have had a hand in Tesla deciding to open in charge connector to the industry.

Aptera is a California-based company building a battery and solar-powered super-efficient three-wheeler electric car. It claims a range of up to 1,000 miles and achieves that by making the vehicle extremely lightweight, with three wheels and a drag coefficient (Cd) of only 0.13.

When you are building a super-efficient vehicle like that, every little bit of volume and weight improvement is important down to the connector, and an early prototype of the Aptera SEV featured a Tesla connector.

A few months prior to Tesla opening its charging standard, Aptera launched a petition for Tesla’s charge connector to become the new standard for electric vehicles in North America. It gathered almost 40,000 signatures before Tesla got on board.

Now in an email to reservation holders and investors, Aptera thanked its community for helping push the petition and confirmed that it now plans to integrate Tesla’s connector, now the North American Charging Standard (NACS):

Remember when our founders started a conversation about the need for a greater emphasis on efficiency and accessibility in EV charging infrastructure? Steve and Chris launched a petition urging policymakers to implement Tesla’s connector and plug (now NACS) as the standard for EV charging in the U.S. With your support, the petition continues to gain momentum. It has received over 40,000 signatures and counting. And just four months later, Tesla announced its decision to open its connector design to the world. We are willing to bet the buzz you generated around the petition played a part in this, and we look forward to incorporating NACS in our sEVs. Thank you for challenging the status quo.

In the coming months, Aptera is planning to start production of its electric solar car, which starts at $25,900. Deliveries are expected to start next year, and there is already a lot of demand for the vehicle.

The company says that it has accumulated over 37,000 reservations, which each require a $100 deposit (or $70 if you use a referral code).

This could be an awesome development. Aptera would have the best connector design, and it’s going to be a lot easier to adopt now that Tesla has released the technical details.

On the other hand, it could also work great for Tesla.

As we previously reported, Tesla might have a less than altruistic motivation to open its charging standard – even though most people would agree it’s the best.

If Aptera vehicles had the NACS connector and access to Tesla Superchargers, the automaker’s new charging stations would qualify for the subsidies. It would be a win-win for Tesla and Aptera.

I wouldn’t be shocked if Tesla got involved with Aptera. That would be awesome.