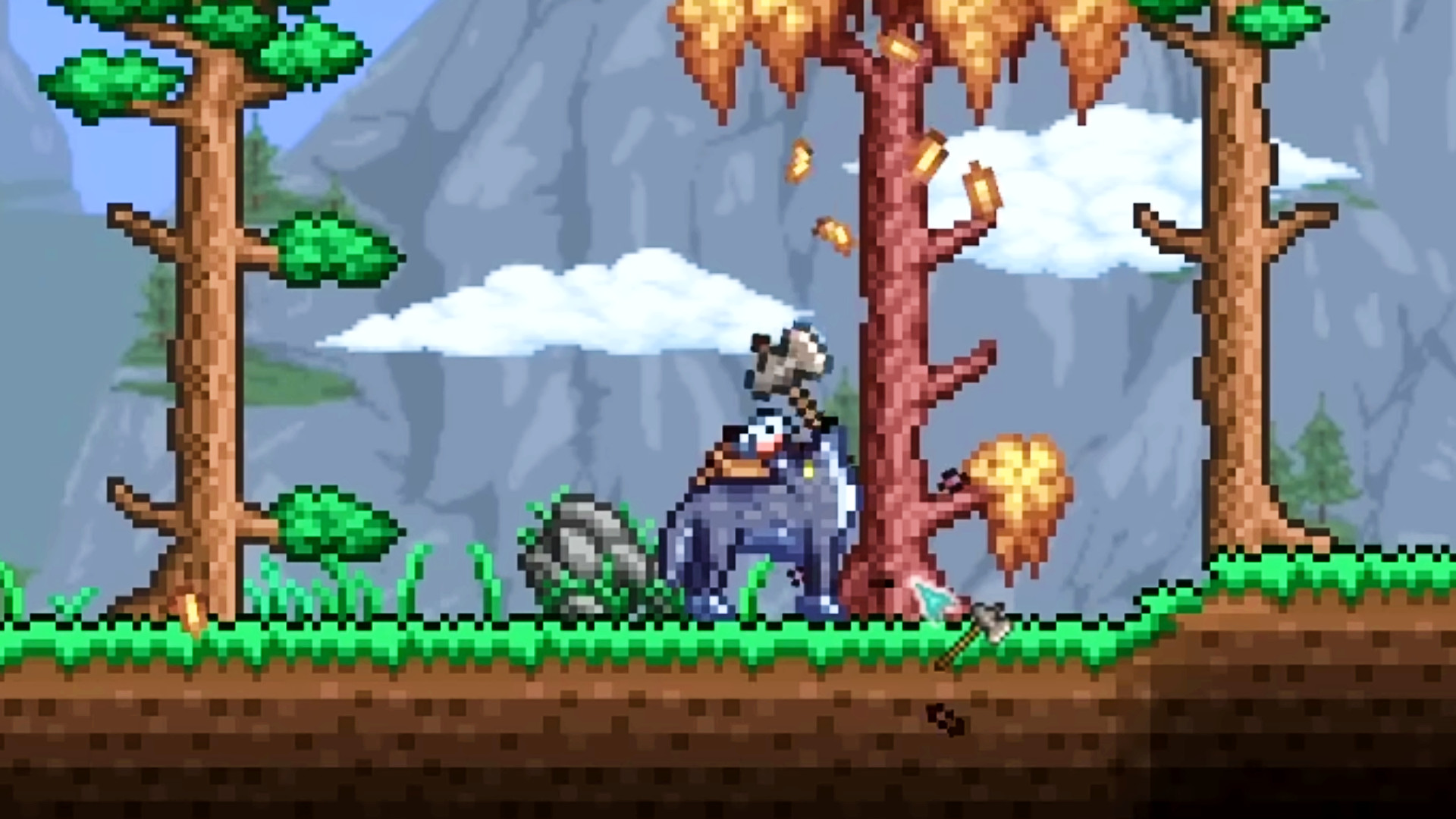 Terraria fans with a penchant for The Legend of Zelda: Twilight Princess are in luck, because a new Terraria 1.4.4 accessory coming to the crafting game’s Labor of Love update allows players to transform into a wolf in the style of Link in the GameCube game. The wolf form gives players more mobility but still allows them to use their regular equipment.

The new item was revealed in a special video by YouTuber ChippyGaming, who was given the opportunity to show it off as thanks for their continued support of the indie game. To demonstrate it, Chippy has to create a special character called ‘Wolfpet,’ but Re-Logic developer Whitney ‘Cennxx’ Spinks confirms that the item will also be obtainable via normal means in update 1.4.4.

Once in-game, he notes that a new item – Lilith’s Necklace – is equipped to his character’s mount slot, which says that it “Grants the wearer the power of the wolf.” Upon pressing the mount button with the item equipped, Chippy’s character is instead transformed completely into a wolf.

Rather adorably, the finch nest which players start the game with in its creative Journey Mode, which is normally perched on top of your characters head, instead nestles comfortably along the wolf’s back. Chippy jokes that he hopes the pair make an appearance in the upcoming Terraria graphic novel.

While in wolf mode, the character runs at rather high speed, comparable to some of the faster mounts. It also has a pretty formidable leap, managing to clear the tops of nearby trees. Chippy also tests out several items, most of which seem to work normally. Some look a bit strange, such as the shortsword, which pokes out awkwardly from the wolf’s chest.

However, the axe and pickaxe animations are great – the wolf moves his head in time with the swings, giving the appearance that it is holding the tool in its mouth. Also very good is the fire whip, which is incredibly reminiscent of Capcom’s wolf RPG game Okami. Chippy also tests some accessories, noting that boots don’t affect your speed in wolf mode. He also discovers that wings don’t work, but that you can use the Bundle of Balloons for extra mobility and slower falling if you want.

Some people were asking @Cennxx about Wolf dyes! Here’s some dye and some other animations!#Terraria pic.twitter.com/c1mk6kMxTH

You can watch the full Lilith’s Necklace reveal on ChippyGaming’s YouTube channel. Re-Logic QA tester Leinfors also posted a gif to Twitter showcasing some dye effects and other animations for the new form. Of course, the most immediate reference that comes to mind is Twilight Princess – but Cennxx says that she and partner Andrew ‘Redigit’ Spinks simply included it as a gift for their daughter, who loves wolves.

In other Labor of Love news, a new 1.4.4 potion helps prevent the spread of evil biomes. One particularly powerful endgame accessory, the Ankh Shield, is also expected to receive an upgrade – although fans have been split on whether they think the bonus is worthwhile or not.

Every startup wants an extension round, but there aren’t enough to go around – TechCrunch

Samsung Unpacked: How to Watch the Rumored Galaxy Z Fold…