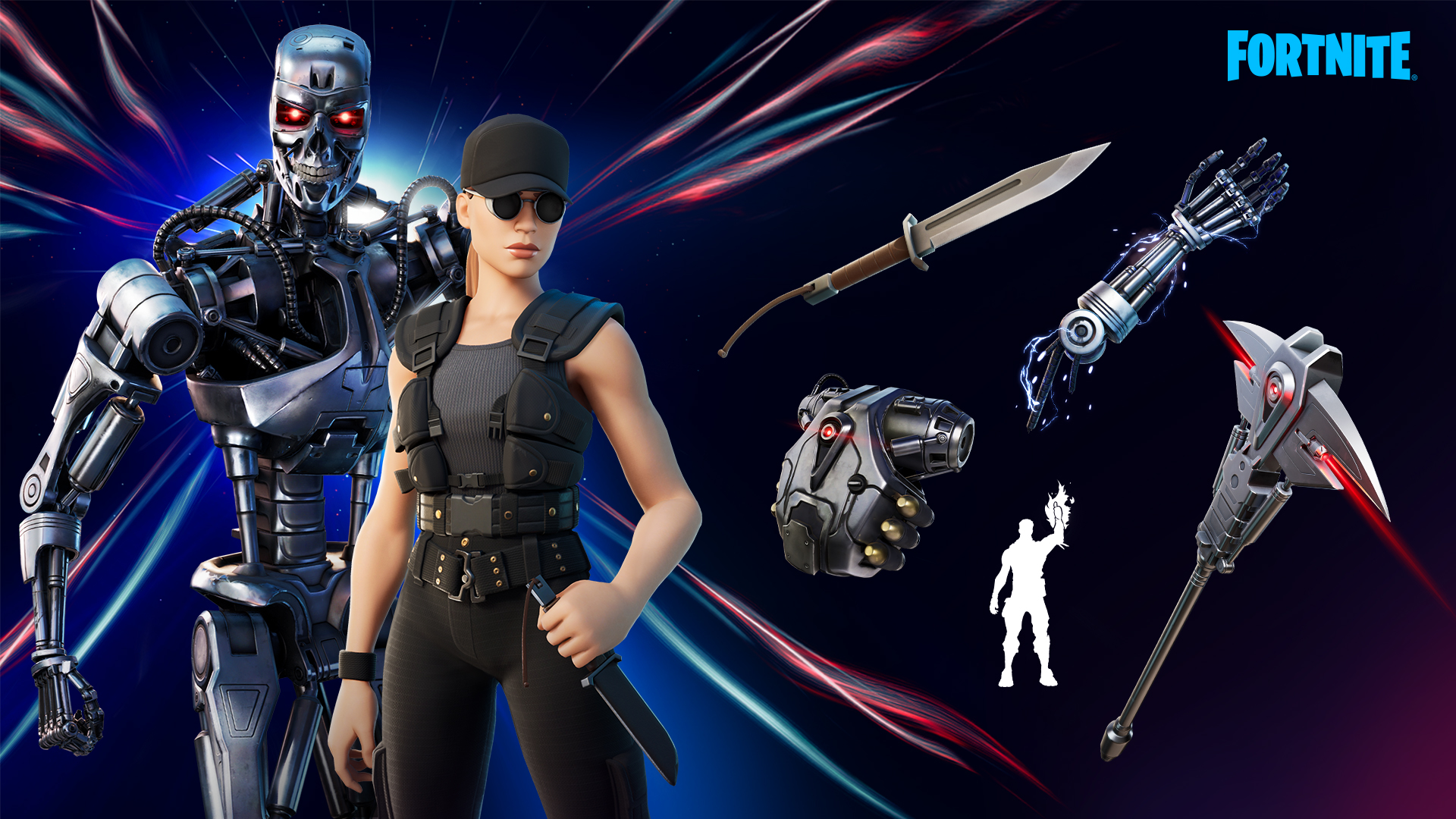 Sarah Connor from the Terminator series and the T-800 murder robot have both come to Fortnite.

In a blog post, Epic revealed that the two character skins are available right now in the item shop as part of the Future War Set. There are two different variants for Connor; one has her decked out in body armour, a black cap and shades, while the other has the Terminator murderer in just a tank top and trousers. You can also buy the T-800’s Endoskeleton Arm as back bling, as well as Connor’s combat knife. That will set you back 1,800 V-Bucks.

As part of the Future War Set, users can also pick up the rather hilarious Cyberdyne Salute emote, which has characters doing a thumbs up while their hand catches fire.

It’s possible that the Sarah Connor skin was the female character dug up by data miners earlier in the week. At the time, the speculation was that this would be Lara Croft, due to some social media posts from the Tomb Raider accounts right about that time. It’s still possible that Croft will show her face in Fortnite, though.

Connor and the Terminator are the latest “hunter” characters to join Fortnite as part of its current Chapter 2 Season 5 run of content. The duo is following in the footsteps of the Predator, Halo’s Master Chief and the God of War himself, Kratos.