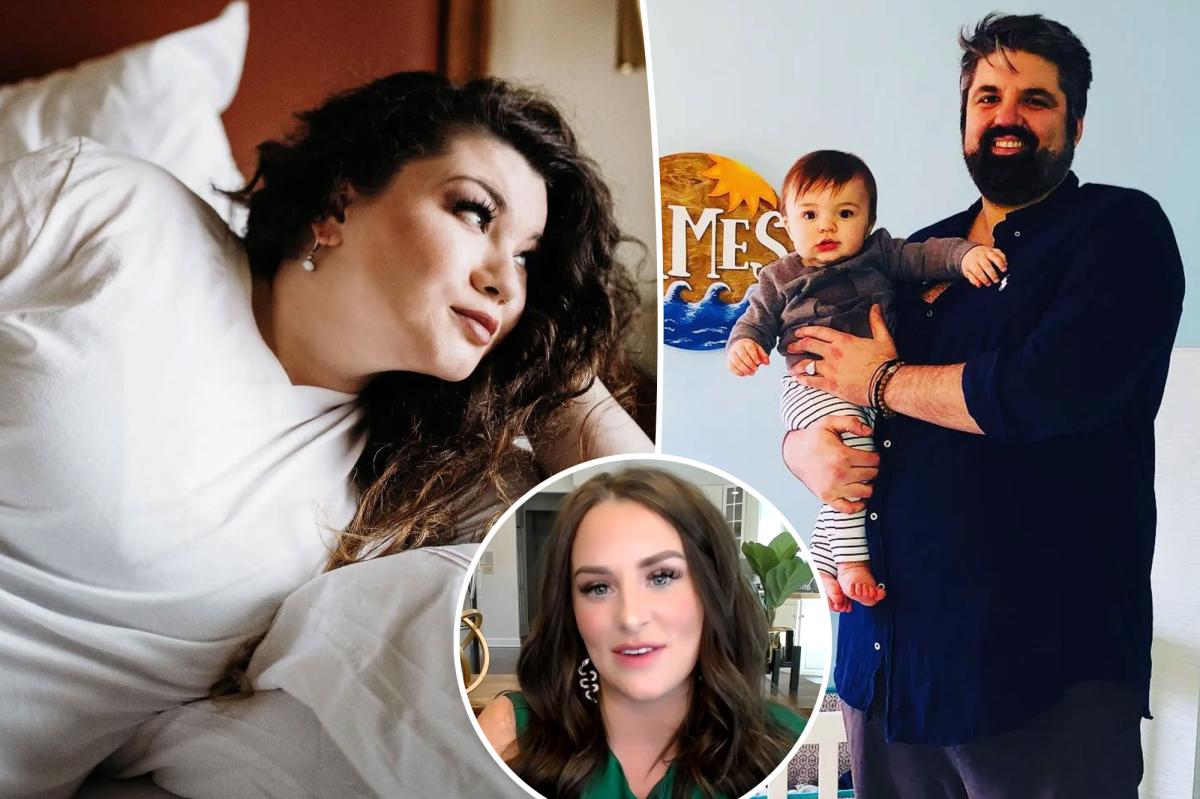 Amber Portwood’s “Teen Mom” family has her back.

Leah Messer, Briana DeJesus and Cheyenne Floyd are sharing their support for the reality TV star after she lost custody of her 4-year-old son, James, to ex Andrew Glennon.

“Amber is a very strong woman that doesn’t give up easily and she never will,” Messer, 30, tells Page Six during a virtual junket for MTV’s new series “Teen Mom: The Next Chapter.”

DeJesus, 28, and Floyd, 29, are equally optimistic about their friend’s future.

“I love her and I feel like she’s going to be OK,” DeJesus says. “It’s a tough time right now. But if she continues to stay strong and keep her head held high, she will be able to conquer anything in life.”

Floyd elaborates, “Just piggybacking off of the girls, I think we all have reached out and are trying to show our support in different ways as best as we can.”

Messer, DeJesus and Floyd — who grew particularly close with Portwood, 32, while filming the recent “Teen Mom: Family Reunion” spinoff — will connect further with her on “The Next Chapter.”

It remains unclear if the new show — which condenses “Teen Mom OG” and “Teen Mom 2” into one series — will cover Portwood’s recent legal setback.

Last month, an Indiana judge granted Glennon, 38, both physical and legal custody of their son. While Portwood will get three overnight visits with James per month, her ex is planning to relocate their child to his home state of California.

“Amber is a strong woman and she is just going to have to make new adjustments to new circumstances,” Floyd notes. “She’s going to be great, she’ll be fine.”

Glennon and Portwood — who began dating in 2017 — welcomed James in May 2018. The pair split a year later when the “So, You’re Crazy Too?” author was arrested for allegedly attacking him with a machete.

The “16 and Pregnant” alum — who has since been diagnosed with bipolar and borderline personality disorder, among several mental illnesses — was sentenced to probation and ordered to attend parenting classes.

Portwood has stated via social media she believes her mental health struggles were “used against her.”

She previously claimed that she has gone through multiple psychological evaluations in order to prove herself, adding that “people who’ve done therapy, and taken classes, and made efforts to change should not continue to be punished for past mistakes.”

Portwood has vowed to “fight” against the ruling while remaining “positive.”

Denial of responsibility! My droll is an automatic aggregator of the all world’s media. In each content, the hyperlink to the primary source is specified. All trademarks belong to their rightful owners, all materials to their authors. If you are the owner of the content and do not want us to publish your materials, please contact us by email – [email protected]. The content will be deleted within 24 hours.
amber portwoodMTVreality starsReality TVteen mom
0
Share

These Trees Are Spreading North in Alaska. That’s Not Good