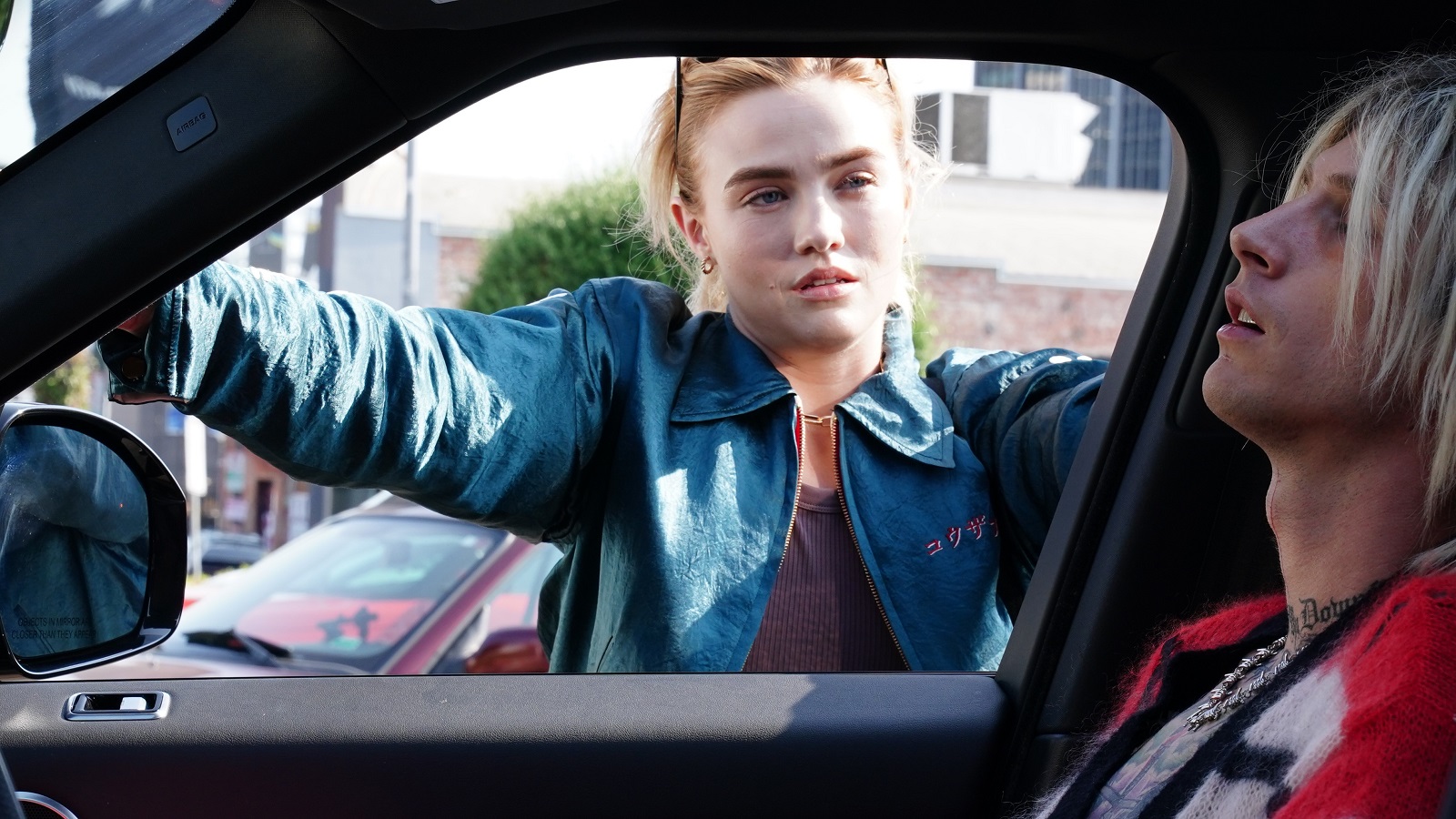 Capturing the self-destructive spiral of fictional musicians on film is difficult without running into cliché. And yet, Taurus manages to pull this it without missing a beat.

Featuring Colson Baker, aka Machine Gun Kelly, as up-and-coming rock star rapper Cole, Taurus is a full-frontal assault from the opening frame. As well as being an executive producer on the project alongside writer and director Tim Sutton, Kelly also contributed a vast majority of the music – a fact which not only adds an additional layer of authenticity to this moral fable, but ensures that any creative segues onscreen feel grounded in reality.

Feeling like a fly on the wall documentary rather than possessing any sense of solid structure, Taurus is 70 percent mood piece propped up by some stripped back vignettes, scenes which are aided by a seemingly haphazard construction, strangely complimenting the more polished elements necessary to offer some narrative direction. From the cliched drug taking through to an overly elaborate temper tantrum, this film is not only engaging, but tinged with pathos.

Much of that comes down to Baker, who channels the spirit of a young Nic Cage around his Wild at Heart phase, conveying a simmering inner turmoil amid unpredictable bursts of creativity. With a fleeting appearance from Megan Fox as his ex-partner Mae, who acts up before storming out, Taurus feels vibrant and essential in a way only cinema can.

In this world of temporary connections defined by social media, Cole is destined to burn bright before burning out. His level of creative freedom spilling over into a life which is completely controlled by Ilana, his personal assistant. Maddie Hasson is genuinely excellent playing opposite this petulant man-child, as he overindulges in substances and believes his own press.

As much as audiences will know the end game Cole is heading towards, the musician/actor remains captivating throughout. During his scenes in the recording studio, there is a genuine sense of anticipation which gets captured on camera. Raw, untapped energy on that level, which is both erratic yet strangely alluring, allows Taurus to build emotional mountains from minor melodies to create something memorable.

Aside from Baker and Hasson, who make up the central relationship in this allegorical fable, other actors in the ensemble barely get a look in. Scoot McNairy (Monsters) makes a fleeting appearance as one member of Cole’s management team, while Ruby Rose (Batgirl) gets to look cool and babysit him in a UV inspired nightclub set piece. Almost everyone else gets to contribute moody looks or the occasional line of dialogue, before making a casual exit.

Taurus is a sensory cinematic experience which will elicit a completely subjective response, rather than prompting a collective opinion like almost every other movie. That Baker commits so fully to the premise of rock star excess has led some people to assume there is minimal acting involved, that life imitating art somehow makes the portrayal of a suicidal rock star easier for an actor, when they might have lived through something similar.

Although there could be an argument made which backs up that theory, in this case Baker deserves a defense. Going on instinct rather than leaning into technique has been the fallback for Nic Cage his whole career. With an unchecked charisma chip and wild-eyed enthusiasm, Cage has tackled starring roles, won Oscars and paid off an excessive tax bill through sheer work ethic and will.

He has never been less than authentic in every role, even when those characters were not always crafted with care. However, it has never been about the raw materials which were handed to him, but rather how he managed to mold them into something memorable. It’s a method which Baker appears to mirror in Taurus, inhabiting this character and embracing him with both hands.

Not only making this potently powerful performer insanely magnetic onscreen, but lending a tinge of pathos to his legacy in the aftermath of those acting choices. Whatever the opinion of audiences come those end credits, there is no denying that this deeply personal passion project from Machine Gun Kelly has something powerful to say about people in the public eye.