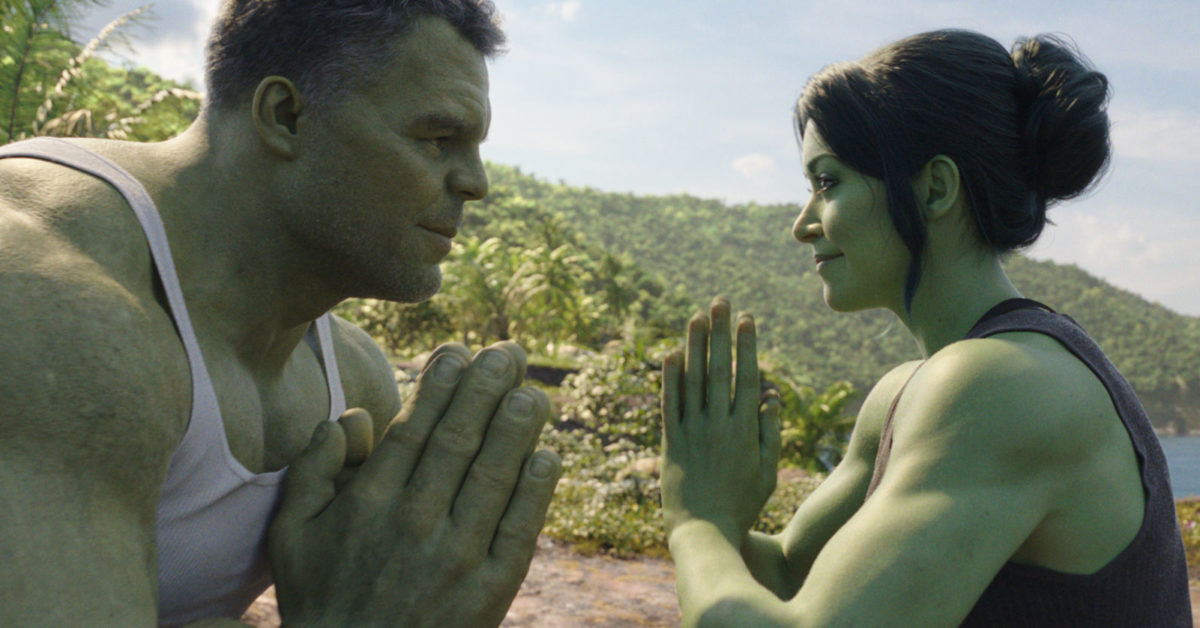 Tatiana Maslany is a tour-de-force powerhouse from playing multiple characters on Orphan Black down to two personas in Marvel’s She-Hulk: Attorney at Law. The actress not only plays the title character on Disney+ but her counterpart Jennifer Walters, who’s just trying to be taken seriously as a young lawyer looking for stability professionally and socially while dealing with her newfound superpowers. Maslany spoke about transitioning from the BBC series to the MCU series, Deadpool, and more. The following contains a minor spoiler for episode two.

“It’s much easier to play two characters,” Maslany said as opposed to playing 17 on Orphan Black. “But at the same time, Orphan Black allowed me such a playground to stretch these muscles of differentiating character and make me feel that there was so much possibility in what any one person can be. So I got to bring that to this character, She-Hulk, and explore her in a more internal way. As much as her transformation is outwardly visible, her internal stays the same, and so that’s a bit of a difference. It’s almost opposite to the characters on Orphan Black.”

She-Hulk represents a departure from the more MCU action-oriented projects as more of a comedy, especially when it comes to fourth-wall breaks. “(Laughs.) Yeah, that was all I needed,” Maslany said. “That’s the reason I took this part. I just wanted to beat [Deadpool].” Deadpool 3 will be the first film in the franchise under the Disney-owned Marvel Studios, with Ryan Reynolds reprising the role. “That would be so great. We’re both trying to fight for fourth wall supremacy and who owns the fourth wall more. I think he’d win, but I’d take him up, (Laughs.)”

Co-star Mark Ruffalo is the second major MCU recasting as Bruce Banner/Hulk following Edward Norton’s shocking departure following 2008’s Incredible Hulk for Universal. The first was Don Cheadle replacing Terrence Howard as James “Rhodey” Rhodes in 2010’s Iron Man 2. Ruffalo referenced being a “different man literally” in episode two. “That was a Mark ad-lib! That’s truly the world of this show,” Maslany said. “It’s as meta as you can possibly get, and what’s more meta than discussing the fact that the Hulk in [The Incredible Hulk, 2008] was played by a totally different actor? There are so many layers to it.” For more on Maslany talking about her off-broadway play, the follow-up to Orphan Black, working with Ruffalo, Jen’s empathy, chopsticks in Cheetos, and more, you can check out the full interview at The Hollywood Reporter. New episodes of She-Hulk stream Thursdays on Disney+.