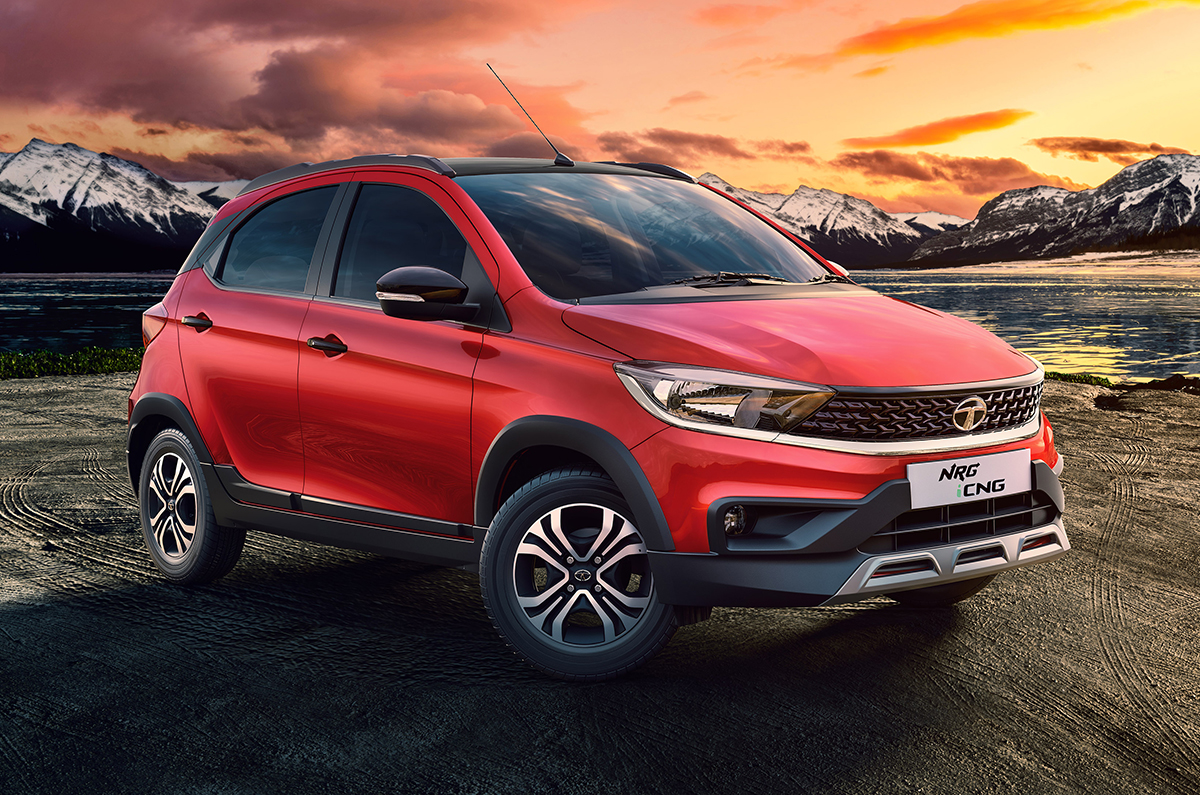 The rugged cross-hatch derivative of the Tiago will be offered in two variants.

Tata Motors has launched the CNG version of the Tiago NRG in the market, with prices starting from Rs 7.40 lakh and going up to Rs 7.80 lakh. Available in two variants – XT and XZ – the Tiago NRG CNG costs Rs 90,000 more than the equivalent petrol-powered Tiago NRG. This makes it the third model in Tata Motors’ CNG line-up after the Tiago and Tigor CNG, which were launched in January this year.

The CNG version of the Tiago NRG is powered by the same 1.2-litre, three-cylinder engine as the Tiago and Tigor CNG that’s paired to a 5-speed manual gearbox only. This engine puts out 86hp and 113Nm in petrol mode and 73hp and 95Nm in CNG mode.

Recently, Tata Motors expanded the variant line-up of the petrol-powered Tiago NRG by introducing the mid-spec XT trim. And since the Tiago NRG CNG is based on the XT and XZ trims like its petrol counterpart, it shares the same design details and features.

Rugged exterior styling elements on the top-spec XZ trim include faux roof rails and skid plates, a blacked-out B-pillar and wing mirrors, 15-inch steel wheels, black plastic cladding along the lower section of the body and over the wheel arches, and a thick plastic trim on the tailgate with CNG badging. Tata has placed the 60-litre CNG tank in the boot of the cross-hatchback, which in turn takes up some of the storage space.

The interior of the Tiago NRG CNG also sees no changes, retaining the all-black colour scheme with fabric seats. Some of the highlighting features on the top-spec XZ trim of the Tiago NRG CNG include fog lamps, a 7.0-inch touchscreen system with Android Auto and Apple CarPlay connectivity, a Harman sound system, a cooled glovebox, an engine start/stop button, and height-adjustable driver’s seat. Safety kit includes dual airbags, ABS with EBD, rear parking sensors, and a day-night rear-view mirror.