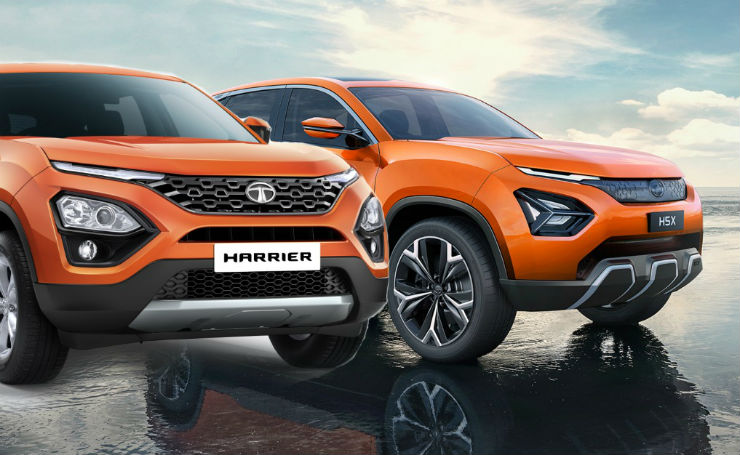 As the nation’s top automakers launch more and more cars with Advanced driver assistance systems (ADAS) Tata Motors – the country’s third largest automaker is also getting ready to offer the same in its highly successful SUV the Harrier. The SUV that made its debut back in 2019 has received numerous colours and editions in its lifetime but it’s now due for a big facelift. And this seems like the perfect opportunity for Tata Motors to add the new driving safety tech to the Harrier as it gears for the launch of the new facelifted model.

Recently spy shots of a fully camouflaged Harrier test mule driving around on the roads made their way to the internet and from the pictures, we can spot some of the major changes that will be offered in the forthcoming model. For starters, it will get an extensively reworked front fascia, which will have a new grille and air dams both of which have horizontal slats. Observers have also noticed a radar in the front to house the all-important ADAS features. We will most likely also see a set of new LED headlights and LED DRLs in the forthcoming model.

Moving on to the side profile and rear of the spied mule, we can see that not much has changed aside from the new set of alloy wheels. In the rear, the LED taillamps are mostly the same as the outgoing model. However, we can expect that the rear bumper will have a little refresh with a slight change. Meanwhile, a few bigger upgrades are expected on the inside of the cabin.

According to the sources, the Tata Harrier’s touchscreen will be bigger than its current 8.8-inch display when it debuts in 2023. A 360-degree camera, an upgraded instrument panel, and a few new connected car features are anticipated to be included in its list of new features. The panoramic sunroof, ventilated front seats, and an electrically adjustable driver’s seat will all still be available.

As for the drivetrain side of things, the new Tata Harrier will retain its 2.0-litre diesel engine, which produces 170 PS of power and 350 Nm of torque and is offered with 6-speed manual and 6-speed automatic gearbox options. It might also receive a new option of a turbocharged petrol engine rumoured about for a long now.

However, what will not be the same will be the price of the new model. With added features, Tata Motors is expected to increase the price of the model. Once launched it will be facing the likes of the Hyundai Creta, MG Astor, Kia Seltos, VW Taigun and Skoda Kushaq.

Karan Kundrra On His New Single ‘Akhiyan’ With Erica Fernandes, “The Music Is Very Soul-Stirring”

Chicago Cubs have had a strong second half, but are season ticket holders sold on 2023? – The Mercury News

These Republicans refuse to support McCarthy for House…

Iron-based fertilizer, engineered into nanoparticles, could…

The Latest Update for ‘Marvel Snap’ Has Arrived, Bringing a…