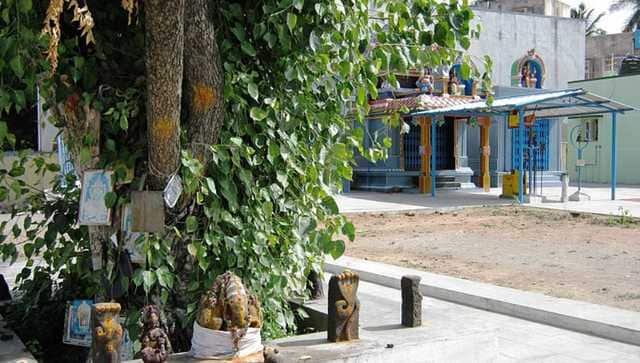 A Hindu religious site in Tamil Nadu’s Salem district, long considered to be a village deity, revealed to be idol of Buddha. HC issues order of no more religious practice on site after state Archaeological Survey submits report

Chennai: The Thalavetti Muniyappan Temple Site in Tamil Nadu’s Salem, has, for long, been a site of Hindu pilgrimage. But not anymore. An archaeological probe into the site, ordered by the Madras high court, has revealed that what was, for ages, worshipped as a village deity, is in fact Buddha.

Subsequently, as per a report by Live Law, the Madras High Court directed the Archaeological Department to take control of the property situated at Kottai Road, Periyeru Village, Salem, at the same time, halting any further pooja from being conducted within the premises of the site.

The report stated that Justice Anand Venkatesh observed that allowing Hindu Religious and Charitable Endowment (HR&CE) department to continue treating the sculpture as that of Thalaivettu Muniappan would be against Buddhist doctrines.

The bench of Justice N Anand Venkatesh observed that “After inspecting the sculpture and carefully examining the available archaeological and historical evidences at our disposal, the Committee collectively expressed their opinion that the sculpture depicts several mahalakshanas (great traits) of the Buddha.”

He added that the general public can be permitted to visit the place.

The entire probe started after an individual, P Ranganathan, in 2011, moved the high court stating that the temple in Salem district is a Buddhist Site, stating that the site should be handed over to the Buddha Trust based in Salem. On 20 November, 2017, the court directed the state archaeological department to inspect the site and file a report.

According to a report by India Times, the report by the Archaeological Department to the court, stated that the presiding deity in the temple was made of hard stone and that the idol was seated in the ‘ardhapadmasana’ position on a lotus pedestal.

The report further noted that the hands of the idol are posed in “dhyana mudra” while the head shows characteristics associated with the Buddha such as curly hair, ushnisa and elongated earlobe.
While the petitioner has died since then, the case was pending in court and has finally been validated as a Buddha idol.

The court also rejected the government counsel’s proposition of the place being continued to be treated as a temple since it has been a place of worship for a considerable period.