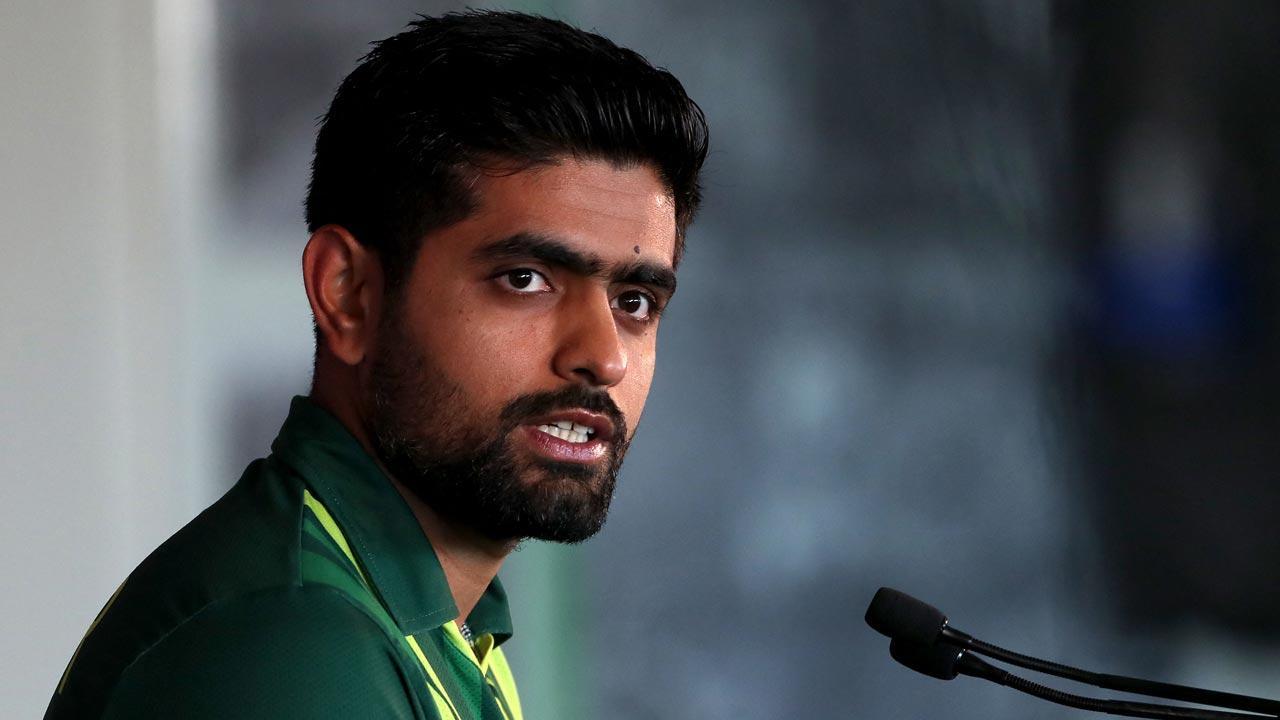 Pakistan captain Babar Azam on Sunday defended his team`s approach with the bat following their loss to England in the final of the ICC Men`s T20 World Cup 2022 at the Melbourne Cricket Ground, here.

Left-arm pacer Sam Curran (3/12) and leg-spinner Adil Rashid (2/22) bowled brilliant spells as Babar and his fellow Pakistani batters stuttered through the first innings to reach 137/8 from their 20 overs. Thereafter, an unbeaten fifty from Ben Stokes (52 not out off 49) helped England crown themselves as winners of Men`s T20 World Cup with five-wicket victory.

“I`m very sad. I think we were 20 runs short and we couldn`t defend because of that. We are very proud to play for Pakistan. It is very sad when you can`t finish it. I`m disappointed,” the Pakistan captain said in the post-match press conference.

“We were in a different situation. We were trying to build partnerships but we couldn`t. Whenever a wicket falls, the batter goes and he takes two-three balls to settle down. We came on the back foot as a batting unit,” he added.

Babar and his opening partner Mohammad Rizwan have recently come in for criticism at times due to their safety-first approach during the Powerplay, often scoring relatively slowly compared to other top nations and then looking for the team to use the platform set in order to accelerate in the second half of the innings.

The same occurred in the final, with Babar scoring 32 from 28 and Rizwan 15 from 14. But the skipper says the tactic isn`t necessarily the wrong one.

“Sometimes we are not able to give 100 percent on it. We try not to repeat our mistakes. But this is a part of the game. Sometimes you do well and sometimes you don`t. This is the beauty of cricket. Every day is different,” he added.

With the openers so often being the dominant force in Pakistan`s T20 batting effort, the middle order have struggled to make an impression at times in the past couple of years. Masood`s 28-ball 38 and Shadab`s quickfire 20 aside, there were limited contributions from the players down the order in the final.

Asked if he was disappointed in the middle order, the captain responded: “As a team, we win. As a team, we lose. The way we started, we couldn`t finish well. On the 11th over, it was 80-85. I think we should have finished at 150. I think we made some mistakes.”

With the next Men`s T20 World Cup scheduled to be held in the Caribbean and United States in two years` time, there is an opportunity for teams to make changes following this year`s tournament and build across the next 24-month cycle.

But Babar says the Pakistan hierarchy will now turn their attention towards the upcoming Test Series against England and New Zealand before making any personnel decisions in the shorter form of the game.

“It`s too early to decide. We`ll play Tests next and when T20Is come around again we`ll decide,” he said.

Taylor Lautner Through the Years in Photos: ‘Twilight’ to Now