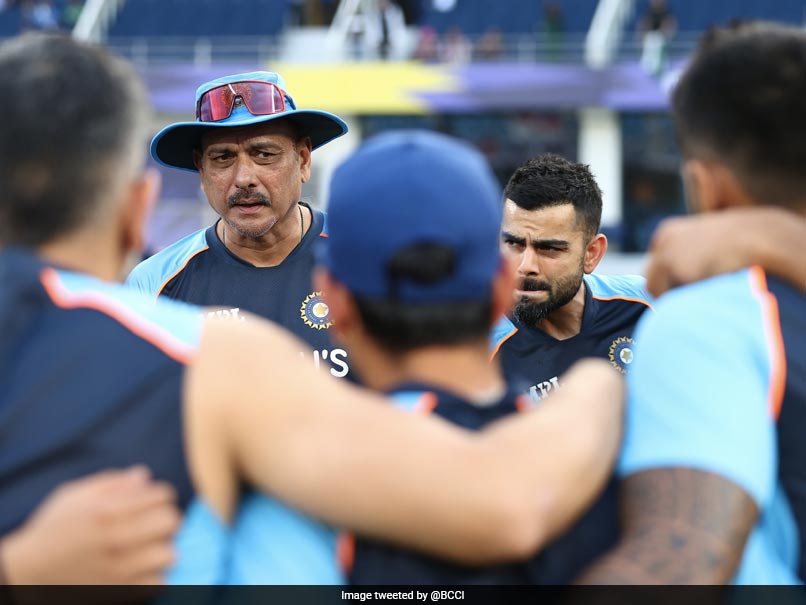 Team India players ahead of the game against Pakistan© BCCI

The Virat Kohli-led Indian team, on Sunday, extended their support to the ”Black Lives Matter” movement by taking the knee before their T20 World Cup match against arch-rivals Pakistan in Dubai. Before the opening duo of Rohit Sharma and KL Rahul walked out to bat, the Indian players were seen taking the knee outside the team dugout. Players of the Pakistan team, captained by Babar Azam, too paid a tribute by holding their right hand to their heart. Sportspersons, including cricketers across the world, have been taking the knee to show support to the movement against racism since the death of African-American George Floyd at the hands of a police personnel in Minneapolis in May last year.

The Indian team was making the gesture for the first time. England and the West Indies teams, along with the match officials, took a knee last summer during their three-match Test series, the first from the sport.
Pakistan captain Babar won the toss and elected to bowl first against their arch-rivals in the Group 2 blockbuster clash in the Super 12 stage.

sinha: Govt does not believe in buying peace in Jammu and Kashmir: LG Manoj Sinha