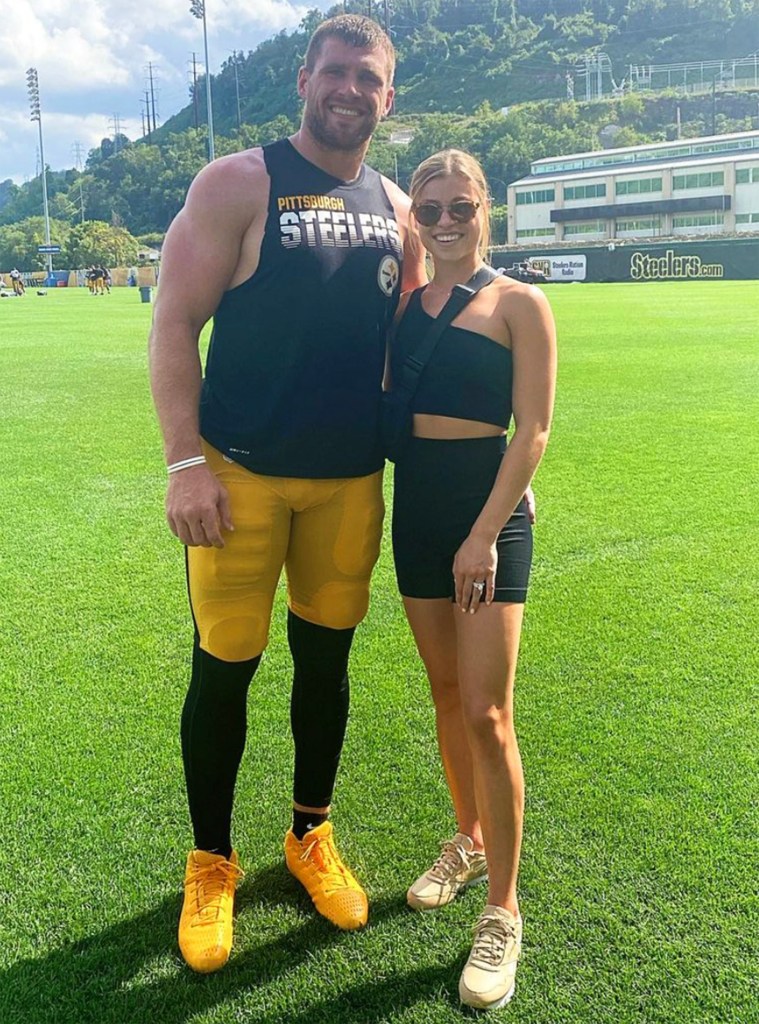 Taking to Instagram on Sunday, the same day the Steelers stunned the Bengals with a 23-20 overtime win, Dani celebrated Watt’s latest on-field achievements, including the moment he picked off Cincinnati quarterback Joe Burrow.

“You amaze me,” Dani gushed.

Though the Steelers put on a show against their AFC North rival, the win wasn’t without consequence as Watt, the reigning Defensive Player of the Year, exited early with an injury. As the four-time Pro Bowler walked off the field, he appeared to say, “I tore my pec,” while pointing to his upper body.

Watt is expected to have an MRI exam on Monday to verify the diagnosis, per NFL Network’s Ian Rapoport. Fellow Steelers linebacker, Alex Highsmith, said Sunday postgame that he and his teammates are “going to rally around” Watt.

“Praying that everything’s going to be all right,” Highsmith said, per ESPN. “I know a guy like him, that’s gonna hurt him that he’s not out there because he loves football so much. We’re just going to rally around him. We’ve got the guys to just be able to step in and deliver if he’s not able to go.”

The Steelers will host the Patriots in Week 2.

Leading up to Sunday’s season opener, Watt was coming off a memorable offseason in which he and Dani, a University of Wisconsin soccer alum, tied the knot in a luxurious destination wedding.

The couple, who announced their engagement last summer, swapped vows in Mexico in July.

“When I was a little girl I never thought I’d find someone special enough to ever change my last name… But I found him and couldn’t be happier to share a name with the man of my dream,” Dani gushed on Instagram at the time.

Watt, a former first-round pick, added in his own post, “Best day of my life.”

I-79 on-ramp closure announced for this week