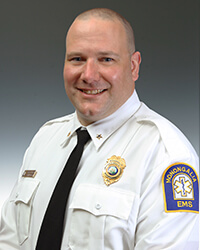 MORGANTOWN, W.Va. — A bill that would allow emergency medical professionals to carry firearms in certain circumstances has been sent to the House Government Organization Committee after passing the state Senate last week.

SB 83 would allow a “tactical medical professional” trained and certified in tactical combat casualty care and tactical emergency medical support to carry a firearm while on duty with a SWAT team.

The medical professional – EMTs, physicians, osteopaths, physician assistants and nurses – would have to be certified by the Law Enforcement Professional Standards Subcommittee of the Governor’s Committee on Crime, Delinquency and Corrections.

Mon EMS Executive Director Forest Weyen believes there are many variables and training issues that would have to be addressed before the measure could be implemented.

“Something like this could work as long as we make sure we think through as many of the externalities that could come from that and prepare our folks for those,” Weyen said.

Weyen knows how quickly the job can become dangerous. In November 2021, a Mon EMS worker treating a stabbing became a victim. While being transported the patient unbuckled restraints and stabbed the worker in the torso and hand. The worker recovered, the attacker was convicted last fall but has not been sentenced yet.

EMTs already carry a variety of tools and equipment as part of their uniform and are required to transport monitoring or other treatment devices to the scene of an injured person. Weyen said adding a weapon would add one more thing for a worker to carry and create a major security concern.

“Adding more stuff to that also makes it more cumbersome and you have to worry about the security of that weapon,” Weyen said. “It ends up with some logistical and operational things that we have to work through.”

Weyen said putting a firearm in the possession of every EMT is absolutely out of the question. EMTs who would carry a weapon would have that extra training and be placed with a group that would perform a specialized mission.

“The folks that are put into these specific situations for certain tasks with a set scope, practice, and operational area are another member of a team,” Weyen said. “They’ll be part of a multi-member team to do that, and I think that’s a key component of it.”

Making the proposal situational gives EMTs flexibility and another option to employ if safety is a concern. Still, according to Weyen, each operation would have to be evaluated by planners to make sure security and logistical needs could be met.

“They would be set situations and set missions, so when you start to define it and operationalize it that way, it makes more sense,” Weyen said.

The Rock Likens Success to Piloting a Spaceship, Ironic When Black Adam Could Fly